For a break from the monotony of Bendgate, Bash, and all things political, it's time to take a break and escape with a little fun.

With that, most people didn't realize that today, 9/26/2014, is the day the world was graced with the weirdest idea for a comedy until Hogan's Heroes were cracking jokes at a German POW camp (which now that I think about it, while the show was funny, the situation really wasn't).

It was 50 years ago today (Friday, Sept. 26) that the world was introduced to what may have been the oddest idea around for a TV comedy until Hogan's Heroes cracked jokes in a German prisoner of war camp a year later.

Yes, Hollywood wanted to make America laugh about seven people who got marooned on a tropical island. And that oddly endearing show celebrating its golden anniversary had an unlikely name: Gilligan's Island.

Critics like me have an easy explanation for why Gilligan's Island struck a nerve. When it debuted in 1965, America was deep into a decade that was marked with social unrest and uncertainty about the future  just a few years past the Cuban missile crisis and President John F. Kennedy's assassination.

The mission for TV comedy back then was escapism. So what better way to take people's minds off civil rights marches and war overseas than a goofy comedy about an amiably knuckleheaded ship's mate, his blowhard skipper pal and the five passengers stuck on an island during a three-hour tour?

(Check out a discussion with me about Gilligan's Island's 50th anniversary on NPR's Here and Now by clicking here.)

"Nowadays, people ask why Gilligan's and The Skipper's hammocks are so close together, but nobody thought of that back then," Dawn Wells, the still-wholesome-looking actress who played castaway Mary Ann told me when I interviewed her for the St. Petersburg Times newspaper back in 2001.

Wells always maintained that the show's innocent humor was what made it a classic (producers wouldn't even let her show an exposed navel in the short shorts Mary Ann wore). She told me how an American fighter in Operation Desert Storm sent her a letter about teaching Iraqi soldiers the show's signature theme song as a way to bond and learn about the U.S.

"Why did this bring them together ... because [all the show's characters] were misfits, or trying to work together?" she asked me then in the St. Petersburg Times story. "You can't guess. But the show did mean something."

It also meant something for children raised in the '70s like me, who saw the series in endless repeats after school. There is a bond that viewers can form with shows that remind them of their youth  just ask the Gen Xers lost in nostalgia over Saved By the Bell  regardless of the show's actual quality.

And make no mistake, Gilligan's Island was definitely a goofy show. They had a seemingly endless stream of people who visited the island and a huge roster of devices built with bamboo and tree fronds. But they never built something that would get them off the island until the 1978 TV movie Rescue from Gilligan's Island, which aired 11 years after the series was canceled.

Perhaps the show's defining feature was its bouncy theme, which told the series' premise through a jaunty tune. That wasn't unusual for the time  sitcoms like The Patty Duke Show and Green Acres also explained the plot of the series in the theme song.

But Gilligan's Island may have the most famous explanatory theme, beckoning viewers to "sit right back and you'll hear a tale" of the castaways' "fateful trip." Co-written by show creator/executive producer Sherwood Schwartz, the theme was so successful Schwartz created a similar ditty for his other classic TV comedy, The Brady Bunch.

There were reports last year that Book of Mormon star Josh Gad might be co-writing a Gilligan's Island update for himself. And seeds of the show's influence seem evident in work as disparate as the Tom Hanks film Cast Away and the CBS reality show Survivor (there was even an unscripted show called The Real Gilligan's Island).

But it doesn't seem likely that modern projects can recapture the innocence of the original, which even had male fans debating whether they were Ginger or Mary Ann guys.

"It's become a real thing: the sex symbol vs. the girl next door," Wells told me then. Fifty years later, Gilligan's Island seems like the TV equivalent of Mary Ann in a media world where such guilelessness is a distant, nostalgic memory.
Click to expand...

I didn't realize it was that 50 years ago, as I only saw it in repeats and the occasional oddball made-for-TV movie. But it does say a lot that it still holds up today, even if for the escapism.

Besides, while I love redheads.. damn, that Mary Ann.

bradl said:
... Besides, while I love redheads.. damn, that Mary Ann.

Well then, you may enjoy this Mary Ann montage...

I always liked Gilligan's Island as a kid.

ucfgrad93 said:
I always liked Gilligan's Island as a kid.
Click to expand...

Me too. Always amazed me that they could build a radio from coconuts but couldn't fix the boat! LOL

Either or for me. They were both pretty hot!

rhett7660 said:
Either or for me. They were both pretty hot!
Click to expand...

True, but another vote for MaryAnn 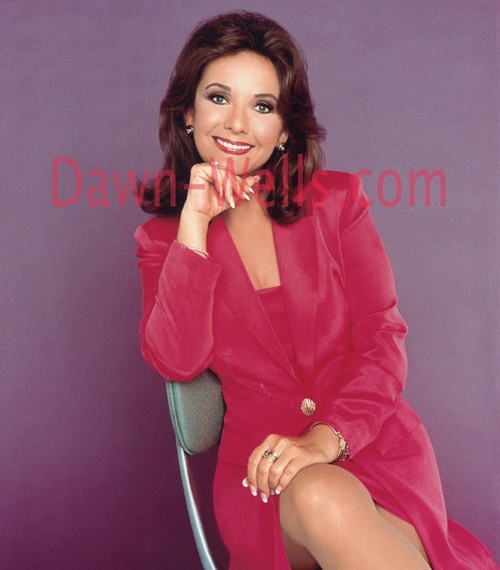 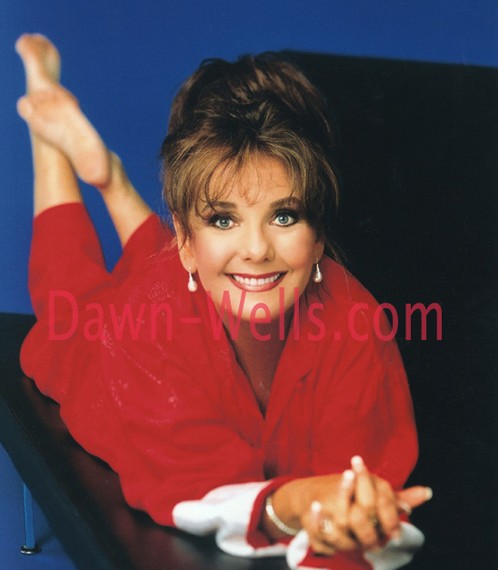 Far away from liberals

I grew up in the 60's. That being said, I loved this show along with many others during that period. BTW, Dawn Wells looks fantastic! It's hard to believe she's 75!.

Beat me to it!

I hadn't realized it was 50 years ago this show aired. Loved watching the reruns as a child. Oh, and Maryann!

There's a theory that Gilligan's Island was based on the seven deadly sins: http://www.gilligansisle.com/sins.html

Is Gilligan the Devil?
Years ago, CBS had a popular little series called "Gilligan's Island". There is, however, a dark secret about this "comedy" you may never have realized. The island is a direct representation of Hell.
Nobody on the island wants to be there, yet none are able to leave. Each one of the characters represents one of the 7 deadly sins:
Ginger represents LUST - she wears skimpy outfits, is obsessed with her looks, and is a borderline nymphomaniac.
Mary Ann represents ENVY - she is jealous of Ginger's beauty.
The Professor represents PRIDE - he is an annoying know-it-all.
Mr. Howell represents GREED - no explanation needed.
Mrs. Howell represents SLOTH - she has never lifted a finger to help on any of their escape plans.
The Skipper represents two sins: GLUTTONY - again, no explanation needed and ANGER - he violently hits Gilligan on each show.
This leaves Gilligan. Gilligan is the person who put them there. He prevents them from leaving by foiling all of their escape plots. Also, it is HIS island. Therefore, Gilligan is SATAN.
Crazy? He does wear red in every episode.
Click to expand...

dejo said:
There's a theory that Gilligan's Island was based on the seven deadly sins: http://www.gilligansisle.com/sins.html
Click to expand...

Ha! Gotta squeeze in two for the Skipper...

Trivia time:
Without looking it up, now, can anyone recall the Proffesor's name?
(The character's name, not the actor)

How about the Skipper??

Bonus points if you can give the full name of each of the 7 characters.

Tzerlag said:
Ha! Gotta squeeze in two for the Skipper...

Trivia time:
Without looking it up, now, can anyone recall the Proffesor's name?
(The character's name, not the actor)

How about the Skipper??

Bonus points if you can give the full name of each of the 7 characters.
Click to expand...

Sorry, can't help you.. still having trouble getting past Mary Ann!

Guess I'll be the first one to go for Ginger.

Redheads always get bonus points with me.

Sometime back in the mid or late 1980s I stopped in at a small computer store in Green Valley, a tiny incorporated area between Bluefield and Princeton, W.Va., and was amazed to find that the store had an in and out basket for Bob Denver (Gilligan) sitting on the store's sales counter.

Seems that Denver was avid computer user, who liked to visit the store, check for new software releases and basically chat with fellow computer enthusiasts who might be in the store. The "out" basket had autographed photos that Bob had left for any fan that might want them and people could leave letters, cards, computer programs, and other "stuff" for Bob in his "in" basket.

I couldn't get the store manager to reveal if Denver was a Mac or PC guy. All he's say is that Bob "had more computer stuff than most people around here do." I stopped in the store a few more times after than, and although "Gilligan" was never there when I stopped in, his in/out basket was still there.

Denver and his family had bought property in the area sometime in the 1980s and built a home. Soon afterwards, Denver began making a few appearances during the local TV station's "weather reports", dressed up in full Gilligan costume. The weatherman and he would do a couple goofy comedy bits, when they'd both give the weather report. It was pretty surreal to watch, especially since the station would sometimes give viewers absolutely no clue that Gilligan was going to be showing up during their local forecast. Sometimes, the forecast would begin when Gilligan would come across in front of the forecast carrying a ladder, which he'd clumsily drop, etc.

Denver and his wife Dreama started a nonprofit FM radio station, 93.1 FM, "Little Buddy Radio", in Princeton, WV, that is still on the air and operated by the Denver Foundation, which was established in honor of their severely autistic son, Colin.

Thanks to you all for reminding me of the days of yore when TV was a bit more innocent and fun.

It is interesting that Sherwood Schwartz will be best remembered for Gilligan's Island and Brady bunch rather than being a top writer for some of the top personalities on radio (Bob Hope etc.). Props to Sherwood for entering our homes with some good fun via the television.

Yes, he was. Apparently, you and Mr. Magoo share a prescription.

Another vote for Maryann.

Wow that was so long ago..

I don't remember the Prof's name or the Skipper's name or if they even had a name.

I remember they could conjure up the most useful items yet never get off the Island.

They got off the Island at the end though didn't they ?