I bought an inexpensive lot of early Intel laptops a few weeks ago, and included in it were what were described to me as a couple of MBA 1,1s. I wasn't too excited over that as I owned one a few years ago that I spent a few bucks souping up(SSD in particular) and then sold to a friend after I realized how terrible of a computer it was (yes, the friend was/is a collector also and knew what he was getting). I held on to a 2,1, which is a much better computer.

In any case, the MBAs from this recent lot ended up being more interesting than I thought. One was a 2,1 with a factory SSD-the same friend to whom I sold my first 1,1 has been looking for one, so he'll get that. The 1,1 was interesting in its own right, though.

This is the high spec model with a 1.8ghz processor and a 64gb SSD. As can be seen, the SSD is nothing to write home about, but it's better than the 1.8" iPod drive in the standard model.

This is the computer that started the whole line-the "One More Thing" that Steve Jobs brought out at Macworld in 2008 in an envelope, and followed by a series of TV ads that made my mom want one

This computer as seen here would have been just short of $3100 as configured in 2008(see screenshot from the Wayback machine). A MacBook Pro from 2008 is still imminently usable today(those can run Catalina with some hacking, and even run High Sierra fairly well). That is not so true of the 2008 Air. Even so, it's still here as-to me-an interesting curio. 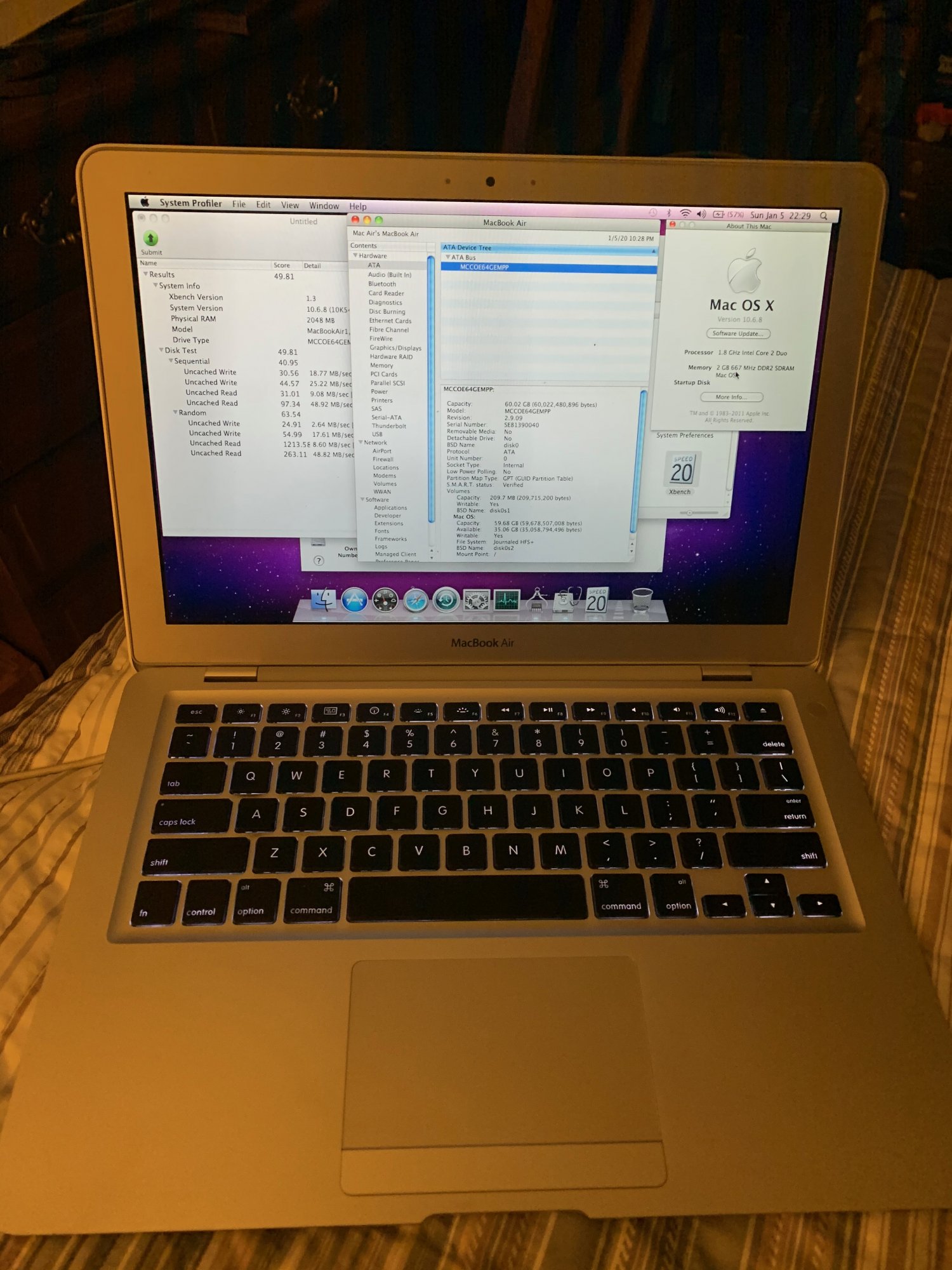 The 2008/2009 MacBook Airs are one of Apple's best designs of all time, IMHO. It still looks modern today, only the chunky bezels give away its age. The flip-down port door is unique and very sleek.

Actual usability is different, however. They have known hardware issues (one of which killed a Late 2008 2,1 I got used a few years ago), run fairly hot, and the 2 GB RAM just doesn't cut it for running modern software beyond about OS X El Capitan. I have another 2,1 that works (a 2.13 GHz 2009 with the aftermarket SSD out of the Late 2008 if I recall correctly), but even it is relegated to a display item.
N

I had a poverty spec Rev. B in 2009 (1,2 or maybe 2,1?) as a secondary machine and while I loved its size, it was awful with that 4200 RPM iPod HDD in it. I should've definitely ponied up a little more for an SSD model, it would've actually been a usable machine then.
You must log in or register to reply here.
Share:
Facebook Twitter Reddit Email Link
Top Bottom