Anyone else planning on returning the iPhone 5 before 10/21?

For most of us, the 30 day return window with Apple ends on 10/21 (or is it the 20th?). Anyone here considering returning the iPhone 5 before then?

My iPhone 5 has an issue with the vibrate and scuffing. I got a replacement by mail and it was DOA, so I sent it back. I think I may return this phone for now and wait til most of the initial production kinks have been ironed out.
Last edited: Oct 12, 2012
I

Yep. I've had every iPhone since the 3G and its just boring to me. The larger screen didn't change my mind much so ill be returning it then buying the galaxy note 2 on the 24th
M

Already arranged an exchange. The initial scuffs annoyed me but the battery has gone to **** the last week or so.

My replacement is coming next week.
H

Already did. Tried two 5s, both had bugs/quality issues.

Initially that was my plan. I got a 16 GB black and actually wanted a 32 GB white. However, this is the first time I've ever bought an iPhone and had absolutely nothing wrong with it. Given that I've decided i'm sticking to the one I got.

NunnOtha said:
Yep. I've had every iPhone since the 3G and its just boring to me. The larger screen didn't change my mind much so ill be returning it then buying the galaxy note 2 on the 24th
Click to expand...

Where the fresh snow don't go.

im going to trade mine in for a razr

I have no reasons and/or issues with my iP5, which would warrant an exchange or return. Hopefully, this one will serve me as long as my iP2g did.

NunnOtha said:
Yep. I've had every iPhone since the 3G and its just boring to me. The larger screen didn't change my mind much so ill be returning it then buying the galaxy note 2 on the 24th
Click to expand...

That's my plan as well. 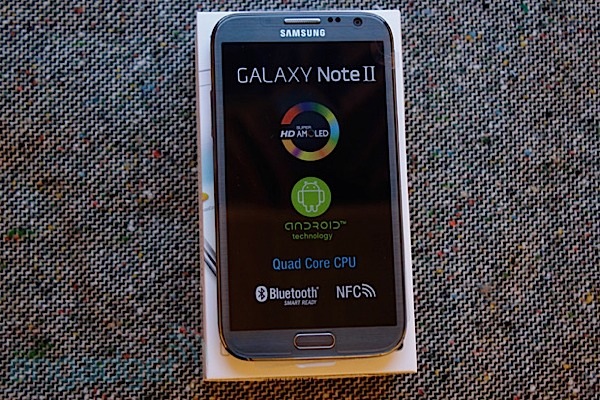 LOL Am seeing that gigantic phone again. Excuse me, am going to puke.

I have a flawless black iP5.

The AT&T throttling and my indecision whether iP5 Verizon is right for me now with AT&T sim thru mid next year (my area has no AT&T LTE) & if should I switch to VRZ after that for the long term are bothering me. I have 2 weeks to decide but I would love to keep this magnificent beauty!
Last edited: Oct 12, 2012
S

Nope. Switched from a GS3. I like the hardware. No defects on mine either. Maps have been working dandy although i am not a maps user at all but i did check those out. Like iTunes being able to manage all my data in one place than manually managing all those millions of folders i have even though i use a PC

So far, no regrets. A jailbreak would be nice to get activator (not for theme-ing, just tweaks), but even without it i still like it.

Might trade it for a lumia 920 or HTC 8X later in winter once i try those, not sure. Have gone through many android flagship phones (mostly samsung too) and no longer interested.
I

Absolutely NOT. Love my 5, flawless white 16.
B

Can you exchange an AT&T bought 64 for a 32/16 at an Apple store? If so,
would they refund your card or your credit your AT&T account?
D

Really contemplating returning it. I have been on board since the 3g and I can say that I am a bit bored but do worry about the reliability of the Android OS. I have never used it but all of the negatives seem to outweigh the positive comments. I am most concerned of the e-mail issues I have heard of with the Galaxy SIII (the Android device I would more than likely go with).

I'm very interested in trying this as well. The reviews for this device have been terrific. Only reason for me on iOS is iMessages but the Note II looks tempting.
T

Nope. Love my white/silver 64gb iPhone. If you don't want scratches put a D.a.m.n cover/case on it. The only thing wrong with is maps is crap and no jailbreak yet. While there is a bunch of Android phones that have more options Android OS is Boring. Yes I had a toshiba thrive 10" tablet and rooted for 4 months the got rid of it cause Android is Boring.

Ditto on all fronts. Additionally, my Maps app is flawless in the Baltimore/Columbia/DC area where I've used it. Siri gave perfect driving instructions. Really cool using Yelp, find a restaurant, clicking on directions and having Siri do her job. She deserves a raise. I know other locations are not as good yet based on comments but it will happen. I still have my Garmin as a backup. I'm waiting for the iPhone 5 car charger so I can have the phone charge while driving.

Unfortunately, I am considering it. While I do like it I am not extremely impressed by it. We shall see, I suppose.

Hadnt really thought about it until this thread but I've never really liked white iPhones until he 5 came out...I a tempted to return a 32gb black for a 32gb white. Hmmm...

I'm seriously considering this as well. I too think IOS has stagnated and have heavily rely on jailbreaking. I just think Apple has gotten too comfortable with their designs and want something different.
You must log in or register to reply here.
Share:
Facebook Twitter Reddit Email Link

H
iPhone 11 Pro Anyone else use no case ?

Other Anyone else hate Apple’s website only quoting trade-in prices?