Anyone tried the optibay fan ?

Well, I'm still using my early 2011 15" MacBook Pro every day, though I have to do fan management to not go completely insane... (re-did the thermalpaste and put in new fans recently so that's all good) anywho, I'm kind of a "power user" running live audio with effects and virtual instruments and streaming and such, where noise is not ideal... so I was thinking of adding this thing I dreamed in my head, and found out it's actually on the market..

I have no idea if it'll do much for the temps, but since I have already removed and thrown away the DVD drive, and am upgrading from the 500gb 850 EVO to a 1TB 860 EVO tomorrow - I could buy another 1TB SSD or put in the 500GB in a normal optibay I buy - but I'm thinking since I'll be doubling my data space anywho, and have the physical space, and don't have an optibay yet, and the early 2011 can only do 3GBit vs 6GBit or whatever, in that bay, AND I'm not even sure it'll work, cause I already tried once with a cheap ebay optibay and didn't get it to register (might have been a faulty optibay though..)

So I'm thinking of making some sort of table/stand for it/DIY'ing this laptop arm stand I already have, with a Noctua 14mm fan underneath, to help cool the bottom...and then I thought, maybe if I get that optibay fan thingy, I don't need external bottom DIY fan, or regardless,

A: run the two internal fans at lower speeds, cause they're now helped by the optibay fan ? and/or

B: Experience less throttling and steady high temps when "power using" because the optibay fan will help cool the internals and bottom plate?

I'm hoping someone actually HAS TRIED this thing andcan contribute with some knowledge and experience on the matter, ie. does it work, is it loud etc.. 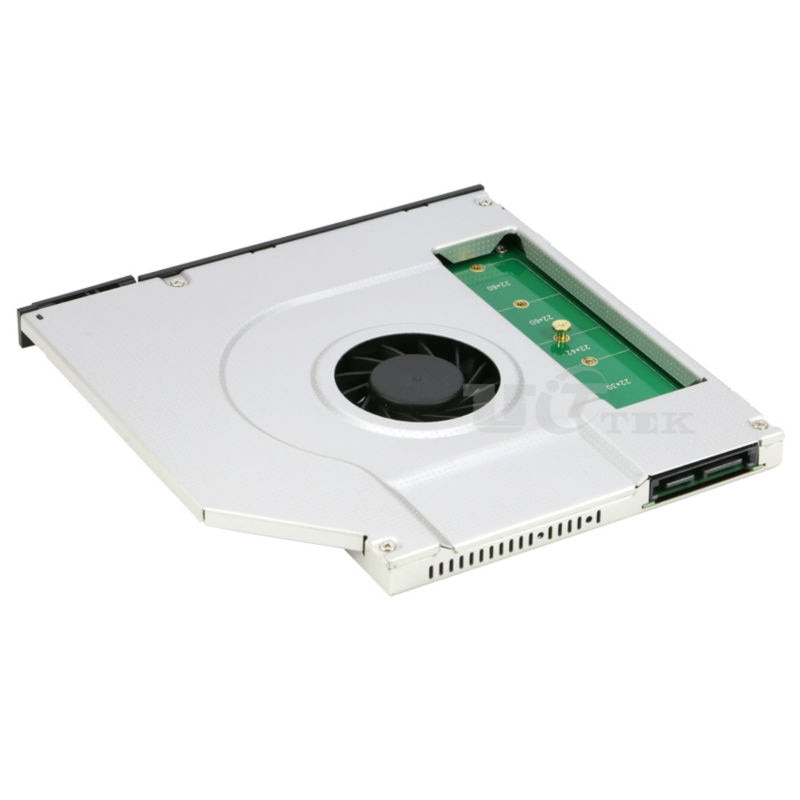 its a interesting gadget! I still remember the day i use the optical bay to put my HDD when I swapped the hdd with a 128gb SSD 7 years ago. I think it will work but not a huge difference since the optical bay wasn’t designed for a heatsink.

I have a W10 notebook that has such a fan in the drive, however it comes with the computer. It only really cools the main board slightly when the temperature is very high, my other W10 primary has three fans, with the third again placed to cool the main board. I wouldn't expect a 3rd party solution to do very much as the notebook was never designed with such an application in mind. Such fans will have no impact on CPU/GPU temperatures as that's not the purpose.

BTW would a 1tb 860 evo be overkill for the 3gb limited optibay bus on the early 2011 15 in terms of speed? Gonna be used for samples and bigger files and recording onto.
J

Hitrate said:
BTW would a 1tb 860 evo be overkill for the 3gb limited optibay bus on the early 2011 15 in terms of speed? Gonna be used for samples and bigger files and recording onto.
Click to expand...