I need to be able to do all of the above on the iPads as well.

Ideally, I'd like to make the website restrictions effective on both Chrome and Safari, but if I can only do one, I'll delete Safari from their computer and iPad. They need to be on Chrome for school.

I've tried Screen Time, but that's a blunter tool than I would like. I can only restrict total hours per day per app/website, or all activity on the device for certain time periods, and Screen Time is not effectively grouping the kids' accounts on both the Macbook and iPad. I just tried playing around with Qustodio, as that program seems to be highly recommended, but I couldn't find a way to restrict a specific time period.

I'm not too worried if there are workarounds on the kids ends that take a little effort. They're not yet that advanced, although I'm sure it won't be too long before they'e hit that point.
9

You may want to look into NetNanny.
I believe it will accomplish all of what you need.

There are more sophisticated ways of accomplishing your desired results, but they may not be worth the effort to end goals.
E

Thanks for the suggestion, but I've downloaded NetNanny and have found it to be as inflexible as other services. There's no way to block iMessages, and websites/apps receive only a choice to block/unblock. One can't grant an allowance for certain websites/apps for certain hours of the day or for a certain time frame per day.
R

Been there....
It's not as easy as it looks - and it doesn't even look easy.
For the most part the apps/programs don't switch off if they are already using them so you put a limit at say 8pm but if they are connected at 8pm, it doesn't switch off. This is pretty much universal.
Plus as you say, they are inflexible, buggy difficult to use...

So after an awful lot of trials, the best way I'm afraid is to spend some money and buy a router with really good controls and the system used on the Asus routers is excellent.
It does everything you want it to do- so you can block social media for instance, per machine and at a specifc time of the day and day of the week. Or put a data cap per machine, or block streaming, or gaming...
But it also has anti virus and anti malware at source and you can block adult content per machine at source which I think is an added bonus. It blocks malicious pages totally.
You may not have got to the days of having to worry about the Switch, X-box or playstation yes, but it protects them as well. So they click on a malicious link and get a message that's it's blocked.
And you get to see exactly what they are doing in real time so you can see that your son or daughter is on Netflix when they say they are studying. You can press a button and block them out when you like.
It's well designed, easy to use software that works and the only downside is you have to fork out for an Asus router- but they are really good routers- and use it in bridge mode with your supplier. You can't use the wifi of your suppliere or they will get round ti.
I'd like to tell you there's a cheaper, easier solution but I haven't found anything that works.
Even Apple restrictions only work partially, and still have the bug whereby if they are connected, they don't switch off

But there is another problem you will run into which is the kids will find a way round it to some extent anyway.

They will download the series they want to watch when they are connected for example, and just watch offline.
Or if they have data on their phones they will use them as a hotspot.
You will probably still have to take the machines away at some point in the evening, but this is going to give you the best control and protection all the rst of the time.
I'll give you a link to some info about their Aiprotection and Parental controls in case you are interested - and after having done a lot of research and tried a lot of things, I think they are the best. You can find more detail than this if you are interested.

www.asus.com
Good luck with it. It's one of the biggest problems we parents have to face these days.
Someone said leaving a phone or computer by a child's bed and expecting them to be responsible about how they use it is like leaving a bag of cocaine next to their bed and saying the same thing.
I've come to believe they are right.
We are all new to this. Our parents didn't have to worry about it, and online bullying alone is a huge problem.
Best
9

edwardthefifth said:
Thanks for the suggestion, but I've downloaded NetNanny and have found it to be as inflexible as other services. There's no way to block iMessages, and websites/apps receive only a choice to block/unblock. One can't grant an allowance for certain websites/apps for certain hours of the day or for a certain time frame per day.
Click to expand...

A good router can limit website by time limits. Typically under Parental controls:
For example the following router has parental controls for website time/allowance. 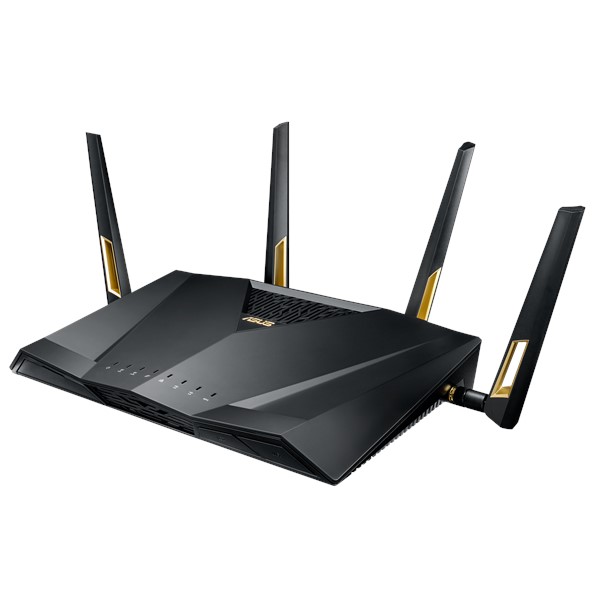 iMessage can be limited by the native iOS ScreenTime.

I use MDM (mobile device management) to manage all of our devices. This is like dropping kids off at school in a 747. It will work, but requires quite a bit of training (hours spent learning) and an overkill for most.
Last edited: Sep 14, 2020
E

Extremely helpful info, thank you, and based on my efforts thus far, your answer does seem to match up with what I've found. I'm well aware that any enterprising kid will find their way around most of these efforts, and that I can accept. I was just frustrated that I wasn't finding anything easier for my "simple" problem at the moment - remove the low hanging fruit of the most common distractions during the school day.

This needs to be a sticky thread or something. Loads of people are trying to grapple with this.

Just to echo, router level really is the best way as you set the limits on the kids phone, iPad, friends borrowed iPad, Xbox, and computer. Though once your kid gets older you'll find a 11 year old is more than devious enough to switch off WIFI after 8pm and go right to their phones 4g.
You must log in or register to reply here.
Share:
Facebook Twitter Reddit Email Share Link
Register on MacRumors! This sidebar will go away, and you'll see fewer ads.
Sign Up
Top Bottom