big disappointment with this product...using it around 1 month on my MacBook Pro non retina 2012 then bad blocks problems occured...so is there any solutions for this matter??? 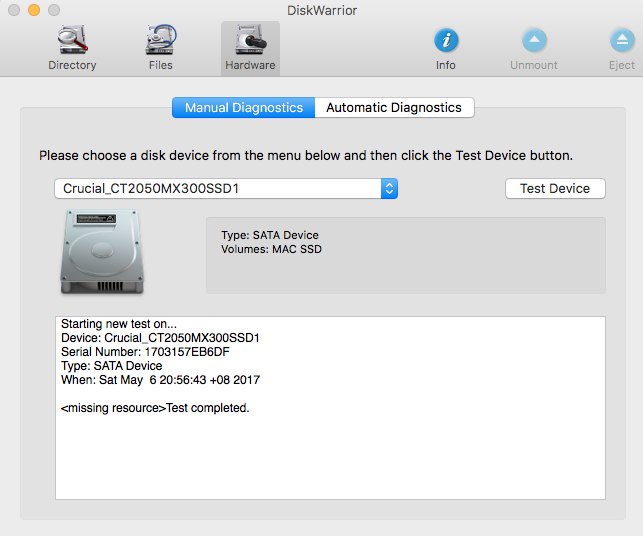 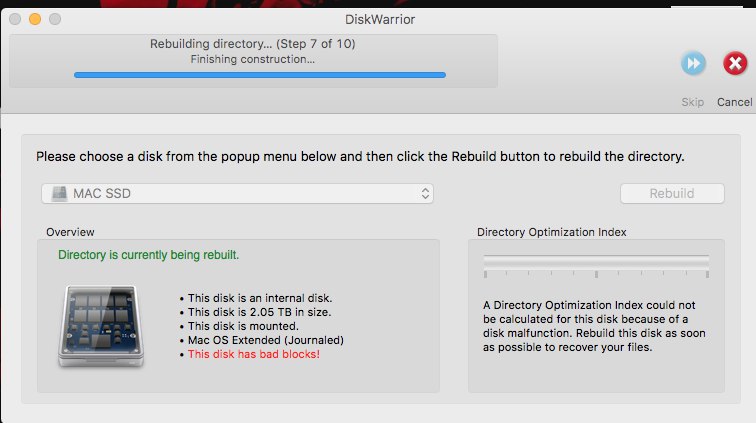 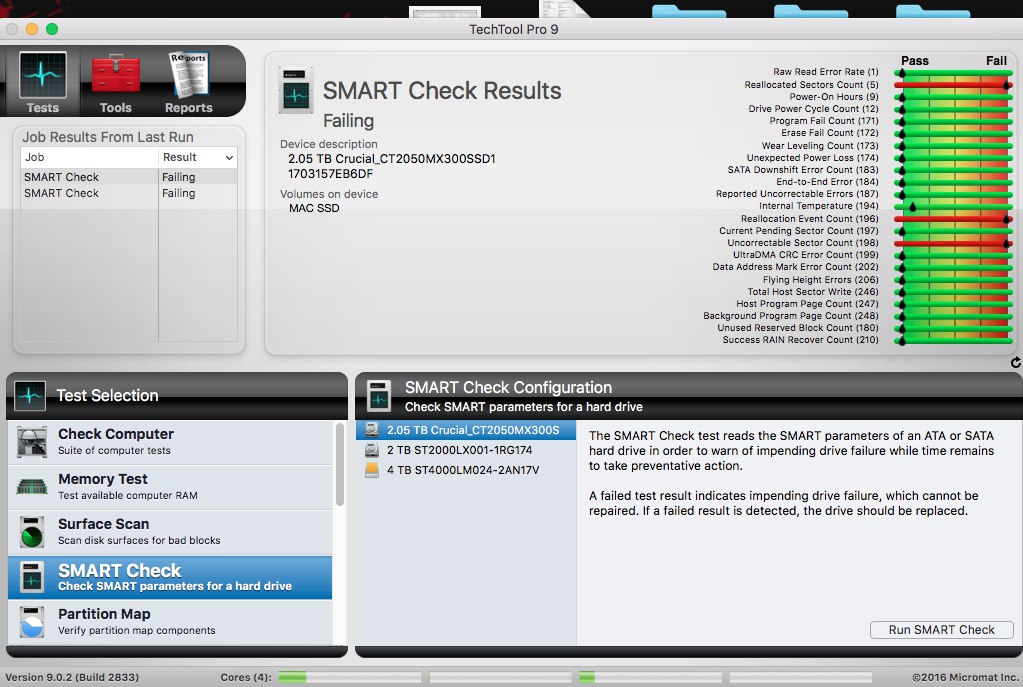 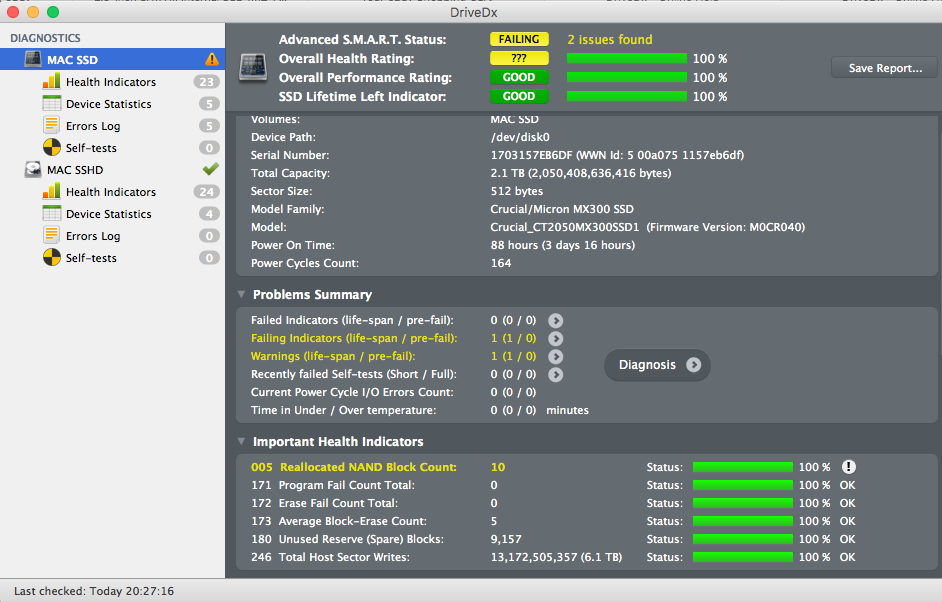 Yes, go to the place where you bought it and get a replacement under warranty. I'd assume that this course of action would be self-evident? Or is it a used SSD?
Reactions: keysofanxiety

well it does said 3 years warranty...I'll do it but I need to find a replacement ssd 1st... 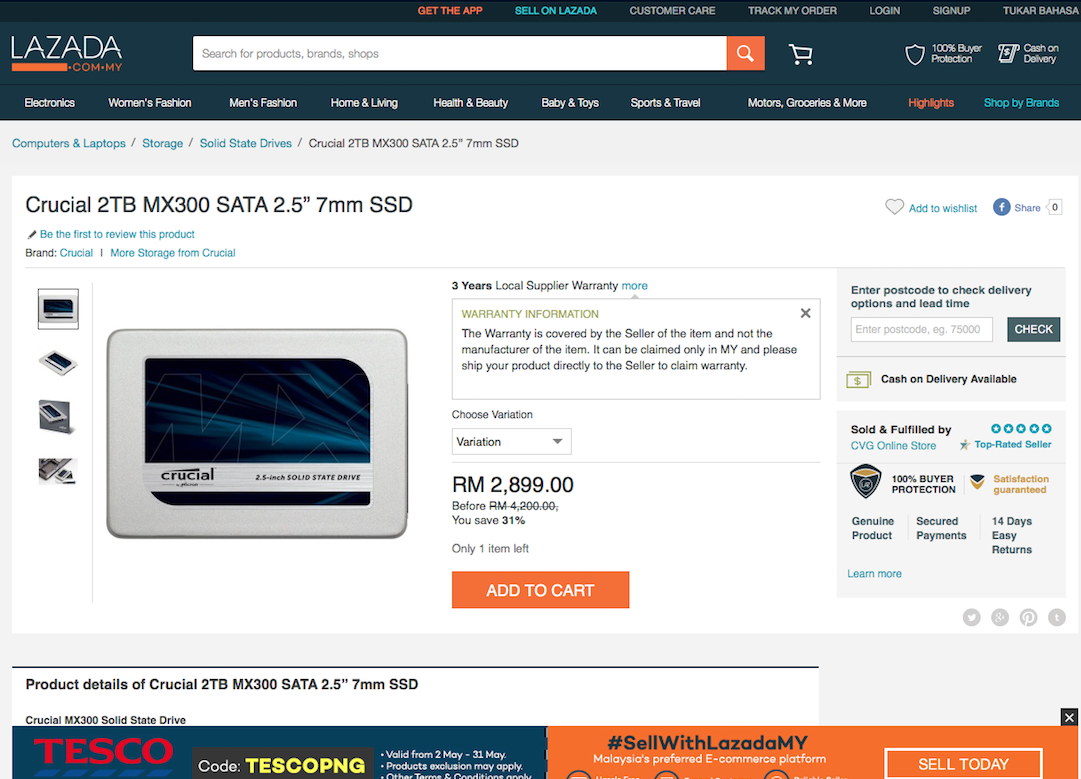 Make sure you understand what is happening before getting a replacement. What I am seeing is 10 reallocated NAND blocks (I see it also referred to as retired blocks). You would have to find out how many sectors there are in a block in the MX300 and what the sector size is. A typical sector size is 512 or 4092. According to one source, a block may anywhere from 2-16. So a maximum size for 10 blocks would seem to be 640K of the 2TB on your SSD went bad. All manufacturers plan for this and have spare blocks to use. From the SMART document that I saw, the 100% would indicate that >= 99.5% of the spare blocks are still available. You also need to know why these diagnostic programs consider a certain value problematical. Is it because any number > 0 is bad or do they have historical data on which to base a judgement. If you find the reallocated block size consistently going up on a daily basis, then there's something to worry about - or - if there are problems with the SSD outside of what these programs are telling you, then pursue a warranty return. But otherwise, I don't see anything in the raw numbers to suggest you have a problem (TechTool isn't giving the raw number, so I don't know why the bars are red.)

No solutions other than returning it for a new unit. To my understanding, failure becomes increasingly more imminent the faster this count increases (someone smarter about SMART parameters could probably say more definitively.)

IMO it isn't all that unusual to see some hard drives (both solid state and spinning disks) begin to fail within the first month of ownership. To my understanding, this is the period where slight manufacturing defects too small for standard factory QA/QC to detect begin to show after a short period of usage. A place I worked at occasionally had HGST Ultra Stars and Intel's enterprise version of the X20 go bad after several days/weeks of usage...given those have arguably become some of the benchmarks of HDDs/SSDs, if they can go bad in such a fashion, I do not think any brand is immune to this. Several hard drive failure studies seem to conclude similar findings.

I'm not in love with Micron's decision to shift their consumer devision solely to 3d TLC NAND, but that's a personal issue I have. FWIW, their 3d TLC NAND drives seem to be outstanding as a general rule (but like virtually all storage mediums, not immune to factory defects that are sometimes not easily detected until later!)
Last edited: May 7, 2017

Are the counts increasing? Are you getting any sporadic read/write errors? If so, the SSD may be very close to complete failure.

Have you called Micron (Crucial) to tell them about this and ask what to do? They may be willing to send you a replacement model before you return the failing one with placing a hold on your credit card that they remove upon the return of the defective product. Western Digital offers this service for customer convenience.

already informed them..getting replacement but i have to wait for my samsung ssd arrive because once i get the replacement i gonna sell ot off
You must log in or register to reply here.
Share:
Facebook Twitter Reddit Email Link
Register on MacRumors! This sidebar will go away, and you'll see fewer ads.
Sign Up
Top Bottom