I never understood the need for super thin smartphones, and giving up space for extra big batteries ? Ok so the new iPhone will be the thinnest smartphone in history at like 7.5mm or so, that is crazy thin if true. And at first looks really cool, and feels great in the hand, but that coolness wears off quickly.

I would rather have a phone slightly thicker, and instead squeeze in an extra sized battery that can last a whole weekend trip camping in the woods. Especially since iPhone's don't offer removable batteries, you are stuck with what Apple gives you.

Just curious, is everyone on this board screaming for a crazy razor thin new iPhone ? Or would they rather have the same thickness as the current iPhone4/4S, but instead now have a 50% larger battery ?

I do like thinner smartphones, I never liked the thick brick EVO 4G at like 11mm or so, but I think a good thickness is the Galaxy S3, at like 8.6mm, that is plenty thin enough, why does Apple feel we want a 7.5mm thin ? I would rather have that space taken up with battery instead.
B 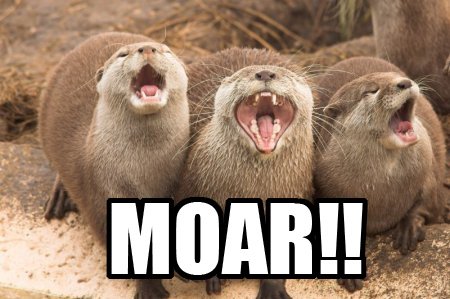 My iPhone 4's battery seems to drain pretty fast (have to charge it every day, even if i haven't done anything ) and I would much rather better battery life than thinness. However, thinness is nice.
Comment
D

I know the current iPhone4/4S last pretty long, but I would love to see battery tech reach a point where all options could still be running in the background, E-mails...FaceBook...Notifications...etc...all running at like 30min refresh...4G/LTE running...full brightness on...make hours of phone calls...send hundreds of texts...run GPS Navigation...and still have the phone last a couple of days easily.

I'm greedy and want both! But if I had to choose one, I'd go for better battery life. You can make a phone as thin as you want, but if you it's always tied to a charger, then what's the point. I know this from my One X. Once that sucker get's on LTE, there goes my battery life. While the speed is nice, i wish they made it slightly thicker so i could get a bit more life out of my device before it goes back on the charger.
Comment
B

Darthdingo said:
When will we reach that point ?
Click to expand...

I would definitely prefer more battery, the 4/4S is thin enough as it is, actually it's almost pushing too thin.
Comment
B

I was having battery issues with my 4 lately, did a restore and set up as new phone and have been slowly importing things back onto the phone. I am amazed by this battery again. 2 years old and easily lasting the entire day on one charge with about 3 hours web browsing, dozens of texts and multiple emails and phone calls throughout the day.

If apple can give me a full day battery so I only have to charge my phone overnight I am happy, if they can do it in the thinnest smartphone ever with LTE I will be VERY impressed. If they can't and the new iPhone has less battery life, they better give me a cool way to charge like inductive or wireless charging.
Comment

Where the fresh snow don't go.

Darthdingo said:
When will we reach that point ?
Click to expand...

I dont care about either as long as I get the time usage that is reasonable.
Comment

I'd rather have the thinness than the addition battery if i'm honest.
Comment

I want a thin phone AND a REMOVEABLE battery. And a bigger screen. And removable storage. Oh wait, that's a Samsung Galaxy S3 and I already own it.
Comment
B

Tones2 said:
I want a thin phone AND a REMOVEABLE battery. And a bigger screen. And removable storage. Oh wait, that's a Samsung Galaxy S3 and I already own it.
Click to expand...

Well obviously this question is all about balance.

I think most people can agree we all want 1 day charge out of our smartphones, because it's very easy to just charge nightly. Any extra battery simply sacrifices thinness and any less battery sacrifices usability. But of course different people use their iPhone's different amounts.

Personally, the battery life on my iPhone 4 is perfect. I say get the iPhone as thin as possible* while maintaining that battery life

*well ok that's not entirely true... I'm sure you start to reduce usability once it becomes thinner than 7mm or so.
Comment

If I had to choose it would be thin. I've never found myself unable to charge my phones if they need it.
Comment

Thin is fine for me so long as I get the same battery life that my iPhone 4 gives me.

This means that even in a case the phone will still be slim.
Comment
A

As long as the thin form factor gets me through an average day (at least 95% of the time), I'd prefer it over a bigger phone with a bigger battery. For the days where I'm traveling (or whatever) and need more battery life, I have external battery chargers.
Comment
D

nuckinfutz said:
Thin is fine for me so long as I get the same battery life that my iPhone 4 gives me.

This means that even in a case the phone will still be slim.
Click to expand...

Good point, with the new iPhone being very thin, now with a case it won't look nearly as bulky. I am sure even with a thin case on the iPhone5, that might still be thinner than the iPhone4/4S without a case
Comment

Hang around Apple long enough and you'll find it's not what "people want", it's what Apple says they are going to do, like it or not

nuckinfutz said:
Thin is fine for me so long as I get the same battery life that my iPhone 4 gives me.

This means that even in a case the phone will still be slim.
Click to expand...

I want a 4.3" 3:2 iPhone with the current thickness of the 4S. The larger screen will result in a bit bigger phone. By not shrinking the phone as in thinness and the additional area of the larger screen will allow a bigger battery. The reason the GS3 and the like can have such large batteries are the large screen. With Apple increasing the screen and adding LTE while keeping essentially the same battery is going to lead to some battery life pains.
Comment

Honestly, the Droid Razer Maxx is the perfect marriage of a massive battery and thin form factor, for me, and I am not even really considering screen size here. If we get something similar with the next iPhone I will be happy.
Comment
You must log in or register to reply here.
Share:
Facebook Twitter Reddit Email Share Link
Register on MacRumors! This sidebar will go away, and you'll see fewer ads.
Sign Up
Top Bottom