I just checked Network Solutions "WhoIs" and MacRumors.com is based out of Newport News, VA USA, and the USA is still a free country with free speech. This ain't Iraq nor China boys and girls.

If you can't live with the fact that there is a better, faster, cheaper computer than a Mac. Take it like a man, and learn to live with it! Facts and numbers don't lie.

Don't waste your lunch hour nor afternoon nap-time bashing me with your adolescent flame wars! Your "weak sister" insults will never hurt me.

Apple had their chance for total dominance of the computer business in the 1980's. But, they blew it. You know it. I know it. Everybody with a brain cell knows it.

I saw NBC's Dateline special on Bill Gates and Microsoft last year. Bill Gates and Paul Allen didn't even write DOS nor Windows. They bought the rights to DOS from another small software company in the early 1980's for just $50K. Now that was the best deal since Thomas Jefferson bought the Louisiana Purchase for just $10,000,000, back in early 1800's.

You gotta love this story: "Homeboy" Gates drops out of Harvard with buddy, Paul Allen. Buys DOS for $50K. And now Gates and Allen are the 2 richest men in the world. 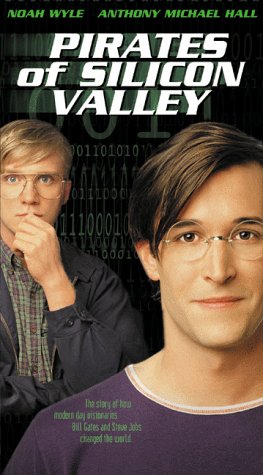 If you are still in Junior High School, or partyed to much in the 1980's, just buy this video, Pirates of Silcon Valley and you will understand too.

Now there, don't hate me 'cause I'm beautiful!

I've met a few Geeks in my time who, like you never learned how to relate to other Mammals in terms other than taunts. Eventually you taunt the wrong "Bubba".

BTW- anyone as ugly as you shouldn't be allowed to post their picture on their website without a snuff-porn level filter. Once I stopped retching I realized the irony of this post and decided someone needed to point that out. Take it off the front page. You're scaring small children.

ok I was willing to give the benefit of the doubt after jefhatfield's thread...

this just puts another nail in the coffin for many here I'm willing to bet...

I was reading the thread about hating gocyrus earlier and thought to myself, "Hey, these guys are being too harsh on Cyrus. He isn't such a bad guy."

But after reading this flaimbait, I have no simpathy or understanding left in my heart for this twerp. Its one thing to hold an opinion. Its quite another to intentionally try to anger and goad nice people (like the good people of MacRumors).

This was a petty act worthy only of a child who knows no better.

You should be ashamed Cyrus. Very ashamed.

Agreed. I don't mind seeing news from the other side of the fence, getting objective comparisons, evaluating Apple's performance in a non-fanatical light. And in that vein most of what gocyrus has posted has not offended me, even when he was obviously just trolling for fanatics.

This post crossed a line. Credibly factual (if less than pleasant) truths are one thing. It's important to have those, and people willilng to deliver them. But gocyrus is clearly demonstrating here that this is not his intention, and like mrtrumbe, my willingness to be charitable has just expired.

Before this post, I really didn't care one way or the other if gocyrus was banned, but I thought those calling for it were a little over the top. Now I still don't really care one way or another, but I think those folks might have a point. And it's important for gocyrus to understand that it is solely his own behavior that has effected this change.

did anyone else notice?

I know we've seen much more crap from him than just 5 posts worth!

I was wondering about that 5 posts thing. How did he lose all of his crappy posts. Maybe he cancelled his membership and some one else took the name over. Maybe this is all a person's attempt at smearing the "good" name of Cyrus.

Talk about a cry for attention...

Hey Cyrus, your Mom is on the phone and she said don't worry - - - she still dosen't love you.

I think locked threads don't count for posts...
and so this one will not as well...