If you HAD to choose between Windows or Android Phone which would you choose and why?

Title says it all.

I am a huge iPhone fan. Have no plans on switching, but I suppose if I HAD to, I would consider the New Nokia Lumia 900 with Windows OS just to see what Windows can do now on a phone. Second possibilit would be the Newest Samsung Galaxy phone.

How about you guys? If you HAD to choose, which would you pick and why?

Already made this choice and gone WP7. I have nothing against Android but Windows Phone is the fastest, smoothest OS i have seen. Plus i like the Zunepass feature. I can easily switch back to Android if i needed to though. I prefer their selection of phones.
Comment
R

Seems like Windows Phone has the better setup. I want something I don't have to fix constantly tho.
Comment
Z

Android if you're the guy who likes spending time searching for ROMS.

zigzagg321 said:
Android, why? Because windows SUCKS.
Click to expand...

On the Windows Phones you have used exactly what sucked about them?

Sent from my Windows 7 Phone using Board Express
Comment
M

I'd take android over windows phone. Windows phone is like a compromise between iphone's no customization and android's full customization. Unfortunately, I don't like the tiles set up of windows phone. I find it to be ugly. That being said, I prefer to be able to set my phone up however I'd like to.
Comment

I have never used a Windows phone, and even though I have used an Android phone and wasn't too impressed, I would go with Android over Windows.
Comment
B

What's up with all the unused space on the right side of the home screen in Windows Phone 7? Seems like such a poor design decision. I can't be the only one who finds this annoying. 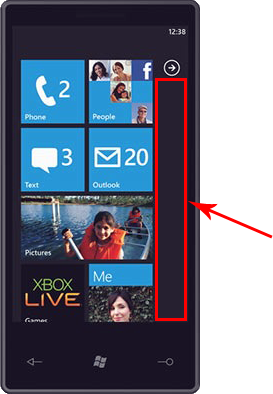 verwon said:
Windows on a computer gives me nightmares.
Click to expand...

Android. I've had great experiences with Honeycomb and ICS rom.

I'd only pick that cause of my good experience I have no actual experience with a windows phone. I wouldn't mind to try one out though.
Comment

For me, I made the choice to WP. Nothing against Android, but it isn't cohesive or stable enough for me. And this 2nd gen, batt life seems to be improving for WP phones. If you think about it, WP's best strengths mirrors iOS alot being a more closed platform while Android's GUI looks a bit more like iOS. But there are a few annoyances I still have with WP including basic things missing and apps. The Facebook, IMDB, and ESPN all suck compared to the iOS counterpart. If you want better all-around, iPhones really are the better choice. But as an iOS alternative, give me WP with some of Android's hardware and customization strengths. My first choice that is a non-iPhone might be the Lumia 900 followed by the Samsung Galaxy S III whenever that gets announced next month at MWC. And the Galaxy Note is still on my radar.
Comment

Android if you're the guy who likes spending time searching for ROMS.

I like WP7 for the original interface and the very smooth touch to it.
Click to expand...

My choice would be:

Your choice of mobile computing platform makes me angry and agitated. There's something wrong with me.
Comment
P

thenerdal said:
Android since it's more customizable.
Click to expand...

Windows phone 7 for sure. I used Android for a long time and it's too buggy.bad battery life too. Windows phone 7 looks like the perfect mix between iOS and android.
Comment
T

JohnnySon said:
Windows phone 7 for sure. I used Android for a long time and it's too buggy.bad battery life too. Windows phone 7 looks like the perfect mix between iOS and android.
Click to expand...

SGMD1 said:
What's up with all the unused space on the right side of the home screen in Windows Phone 7? Seems like such a poor design decision. I can't be the only one who finds this annoying.
Click to expand...

The mostly useless iPhone lockscreen bothers me more, and that empty space doesn't bother me at all. I would choose WP7 because Android feels too similar to iOS.
Comment
S

Wp7 phones need to be media friendly. At least get some zune like music quality instead of just ripping the interface.
Comment

Considering that we are all fans of iOS, and that Windows Phone is closer to iOS in terms of style, simplicity and speed than Android, the only logical choice would be Windows Phone. It's more of a good "middle ground" than the other option.

Let's face it, Microsoft knows more than Google when it comes to OS'es. In a couple years time, Windows Phone will be great, but it came to the party too late. I wouldn't personally switch to Windows Phone until Apollo comes out during Fall 2012.

Android is a customizer's dream, but using that OS is like running Linux without the stability of a typical desktop Linux distribution. Google doesn't know what they're doing and it shows, despite their large cashflow. I'd rather have a truly open source OS in the hands of the community at large like Meego than Android, which isn't very "open" despite Google's claims. I feel like Android is always in a state of being rushed out to people so that Google can snap up whatever data they enter into it. So yeah, I don't feel like using an unstable OS AND handing out my data to an advertising company.
Last edited: Jan 10, 2012
Comment

Well since iPhone does exist, I'd rather choose iPhone then anything else.
Comment

Shadowbech said:
Well since iPhone does exist, I'd rather choose iPhone then anything else.
Click to expand...