Inside the Mac Pro Engineering Room.

Abe: “Here’s that envelope addressed to you. It was apparently mislaid for a while.” He turned to their work and, with pride tinged with mocking, said: “The internet will melt with the news! The all-new Mac Pro!”

Beth played along: “Yes, just look at it float!”

It was indeed visually mesmerizing. The gloss-black sphere precessed slightly as it wafted, suspended in mid-air, on its magnetic cushion. What genius! The very electrically-generated magnetic fields that held it up also provided the power it used! Of course, limited power did mean reducing speeds and the use of smaller and slower memory.

Abe sighed. “Still rotating! After three years of work, I wonder if we’ll ever succeed? You keep saying the fan causes it to turn, and not induced eddy currents. But now we tried your counter-roating fan idea.”

“And it mostly worked!”

“Yes, it reduced the spin’s speed, but it’s still there, and You-Know-Who said it can’t ship until it hovers absolutely motionless.”

Beth expressed bitterness: “We turned an absolutely-pure piece-of-art sphere into a computer, completely port-free, powered and suspended and communicating in mid-air by freaking engineering magic! But no, a little gentle hypnotic motion is enough to hold back shipping a new Mac Pro, after this many years!?”

Wearily, both of them shrugged, knowing the ordained answer.

Betty winced: “Yes, we could actually try some stuff when they give us a budget!”

Abe grimaced with pain too, and commiserated: “Yeah, I hear you.”

But Betty wasn’t paying further attention. The knot of hunger she knew so well had appeared with her unpaid intern’s belly again. She looked about the closet-sized Mac Pro Engineering Room in despair. Where had she saved that last little soup cracker?

Putting away thoughts of a paid position, Betty now opened the strange old letter, looked it over with growing incredulity, and howled: “We’ve been re-assigned as of three years ago!”
Last edited: Mar 22, 2017
Reactions: -hh, Flint Ironstag, Salaryman Ryan and 3 others

Seems like what they were trying to make is simply a fancier version of this: 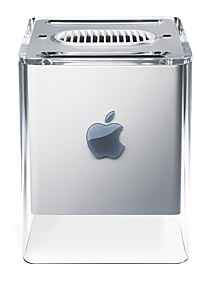 redheeler said:
Seems like what they were trying to make is simply a fancier version of this:
View attachment 693248
Click to expand...

That's pretty much what the nMP is, after all. The cube even included the mounting hardware for a single fan blowing through its "thermal core" like the nMP. 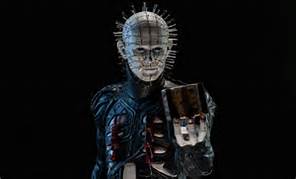 Nah. Hellraiser is much better than Apple.
Reactions: ssgbryan

Synchro3 said:
Nah. Hellraiser is much better than Apple.
Click to expand...

And tim's going to hell.
Reactions: ssgbryan and Synchro3

redheeler said:
Seems like what they were trying to make is simply a fancier version of this:
View attachment 693248
Click to expand...

The Cube was better than the nMP though, because at least you could just not buy it and get the tower version instead. lol
Last edited: Mar 24, 2017
Reactions: bowmasters, ssgbryan and Synchro3
You must log in or register to reply here.
Share:
Facebook Twitter Reddit Email Link
Register on MacRumors! This sidebar will go away, and you'll see fewer ads.
Sign Up
Top Bottom