iPhones Have Become Thicker Since 2014, But Thinner Samsung Displays May Break the Trend Next Year

While it is a common belief that iPhones have become thinner and thinner over the years, when Apple could be keeping them the same size and including larger and longer-lasting batteries, the opposite is true in reality. 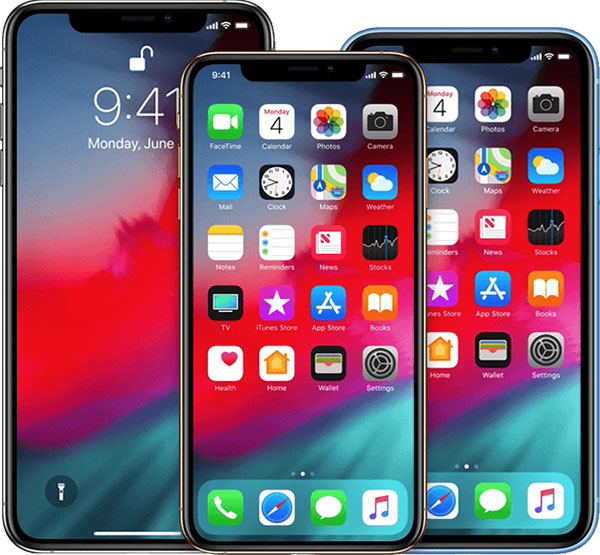 There's a good chance the reduction in thickness could be negligible, however, as the display panel is already a very thin component. The bigger advantage for Apple may be reduced costs, as the report claims that the Y-OCTA displays are less expensive to manufacture, lowering the iPhone's bill of materials.

Beyond that, rumors suggest at least one 2019 iPhone will have a triple-lens rear-facing camera, while all three new models are expected to feature enhanced Face ID. And in June, the notorious DigiTimes made the bold prediction that 2019 iPhones will feature USB-C like the 2018 iPad Pro.

Article Link: iPhones Have Become Thicker Since 2014, But Thinner Samsung Displays May Break the Trend Next Year

Yeah, because I don’t know about everyone else, but when I hold my iPhone I think to myself “this is too damn bulky”

Get rid of that protruding camera lens and add more battery thickness. It will still be 7.7mm or whatever, but actually better in every way. Like, no actual downsides.
Reactions: GeoStructural, Moonjumper, schneeland and 36 others

I hate thinner phones. Less battery life and I don't like using something akin to the thickness of a credit card as a coms device.
Reactions: La-d-da, MarioPhone96, Ballis and 6 others

Who cares about thinness. Replace that missing top chunk of display.
Reactions: Moonjumper, freedomlinux, nickgovier and 9 others

As long as additional space is transformed into higher battery life it is welcome.
Reactions: freedomlinux, bb9, La-d-da and 8 others

I'm not going to be satisfied until the iPhone XSII Max Plus is the sharpest knife I own!

so we can all look forward to bend gate #2.
Reactions: MarioPhone96, Labrat561, Victor Mortimer and 2 others

Note that battery capacity has remained relatively similar, if not slightly declined.


The increase in thickness comes from design or materials changes.

How is Jony Ive able to sleep at night with this going on?
Reactions: GeoStructural, pmore, Romeo_Nightfall and 14 others

Prices are too bloody high.
Reactions: freedomlinux, La-d-da, Victor Mortimer and 15 others

I want more battery and no camera lens bulge!
Reactions: freedomlinux, The Captain, nickgovier and 21 others

That explains why the Xr felt like the most comfortable iPhone I've held in years.
Reactions: Victor Mortimer and Seanm87
N

I really like the iPhone X BECAUSE it is a bit thicker and heavier.

It makes it feel more premium than the iPhone 7 as an example.
Reactions: Oblivious.Robot, haruhiko, martyjmclean and 2 others
D

Couldn't care less about thickness. Give me a phone with the SE's screen size.
Reactions: nickgovier, pmore, falcn and 14 others

dannyyankou said:
Yeah, because I don’t know about everyone else, but when I hold my iPhone I think to myself “this is too damn bulky”

Keep the phone the same size and opt for a slightly larger battery?
Reactions: Mal Blackadder and Pufichek

There's nothing wrong with thick! 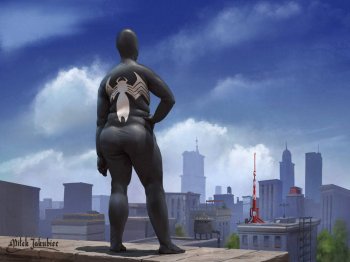 dannyyankou said:
Yeah, because I don’t know about everyone else, but when I hold my iPhone I think to myself “this is too damn bulky”

Not sure if you were reading the iPhone forums in October, but that's exactly what many people were complaining about with the Max. It's big, it's bulky, and it's the heaviest iPhone.
Reactions: tsang2320

iPad and iPhone run the same (basically same) version of iOS with the main difference being form factor adjustments. What if we make the phone thin enough to insert into a portable display the size of the iPad Pros. Slide your phone in to use the processor on your phone or pull your phone out to make a more portable device. This would capture the audience not willing to spend for an iPad.

Update the current iPads to a more Pro device by installing an OS that is a better mix of iOS and MacOS. Not fully one or the other but something that will make use of the more powerful processor and touch interface. Add a keyboard portfolio or carry case for the Magic Keyboard if you like that more. Add your own BT keyboard even, your choice. Mouse too once the OS is made ready for it.

The display only could sell in the 300-400 dollar range, iPhone about the price it is today. iPads with processor with more functionality due to OS update for just a bit more than today. I don't want to pay more but given a more robust OS they would be hard to pass on for a laptop unless you could only do your portable work with a laptop.

If this comes to pass, increase the battery to 1.5-2 day capacity! Or make it an upcharge option, no prob.
Last edited: Dec 15, 2018
Reactions: interessiert

Why does the XR always look like a cheap knockoff of the XS when they are pictured together? No wonder they already have such deep discounts advertised on Apple's homepage for it. Most Apple enthusiasts have plenty of disposable income and paying $1000+ for the best isn't a big deal. Poorer people who still want an iPhone will go for a much cheaper 7 or 8. The XR is a marketing mistake and making it thinner isn't going to help.
Reactions: ex0dus1985 and martyjmclean

bpeeps said:
Not sure if you were reading the iPhone forums in October, but that's exactly what many people were complaining about with the Max. It's big, it's bulky, and it's the heaviest iPhone.
Click to expand...

It’s made of glass and stainless steel, and it’s 6.5 inches. There should’ve been no surprises.

That’s why I prefer the XR with it’s aluminum frame.
Reactions: MarioPhone96 and Icaras

I cant tell ya how happy USB-C adoption would make me.
Last edited by a moderator: Dec 13, 2018
Reactions: Victor Mortimer, irontiger82, martyjmclean and 1 other person

I hope Jonny Ive finds his way back to everyday life after this.
Must have been the most difficult chapter in his entire life.
Reactions: travelsheep, martyjmclean, Breaking Good and 2 others

Thank god. It will be great to get back to the other direction of thickness. I love my XR, but I totally miss how thin my iPhone 6 was. Hoping to see both a thinner and smaller XR soon.
Last edited by a moderator: Dec 13, 2018
Reactions: breezeblocks, Solomani, pianophile and 1 other person
You must log in or register to reply here.
Share:
Facebook Twitter Reddit Email Link
Top Bottom