On the IUP, got an 8 last year, expecting to upgrade to this years offering. Then lost the phone in Jan. Accepted my fate that I’ll have to pay that off in full until May. So ended up using my wife’s old 6S as she upgraded to the 7 last year.

However, the 6S is literally on its last legs. Already replaced the battery but hasn’t done anything to fix it dying randomly throughout the day. Have to have a power bank with me at all times or it’s in a charger. So I really do have to get a new phone.

But I’m currently on a £15 12gb sim only deal so the fact I’m going to have to lose that, upgrade to a new two year contract on top of the IUP payments is a tough one to take.

But what do I get? XS to future proof myself? A lower priced X? An XR when pricing becomes available? Can upgrade next month. I’m sticking with Apple because the beauty of iCloud meant I had everything back on the 6S within a day and being so deep in the Apple ecosystem means moving to Android is a no deal.

Ideally I’d want it to be as cheap as possible I guess but know that might not be the case.

The cheapest way is to get an iPhone 7, which is still perfectly usable. You might also want to look at insurance - I usually don’t bother; betting that the money I save will outweigh the replacement cost of anything I damage. The one time I lost a phone - a Nokia 8210, in 2002 - I claimed off my parents’ insurance, and vowed to be more careful in future. I much preferred the 8210 than the 8310 I got to replace it.

Doesn’t the Apple care that you’re forced to take with the upgrade program cover loss?
[doublepost=1538344029][/doublepost]I’m planning to move to Android soon; maybe I’ll sell you my 7 - it has a new battery. £300?

Hmmm, hadn’t really thought about getting a 7. Just figured as I would have to get a new phone then I should at least get one that will see me through the next few years. And I’ve already had the 7.

Hmmm, hadn’t really thought about getting a 7. Just figured as I would have to get a new phone then I should at least get one that will see me through the next few years. And I’ve already had the 7.
Click to expand...

The 8 is also available, but as you’ve already had that, the XR is the next cheapest, starting at £749. 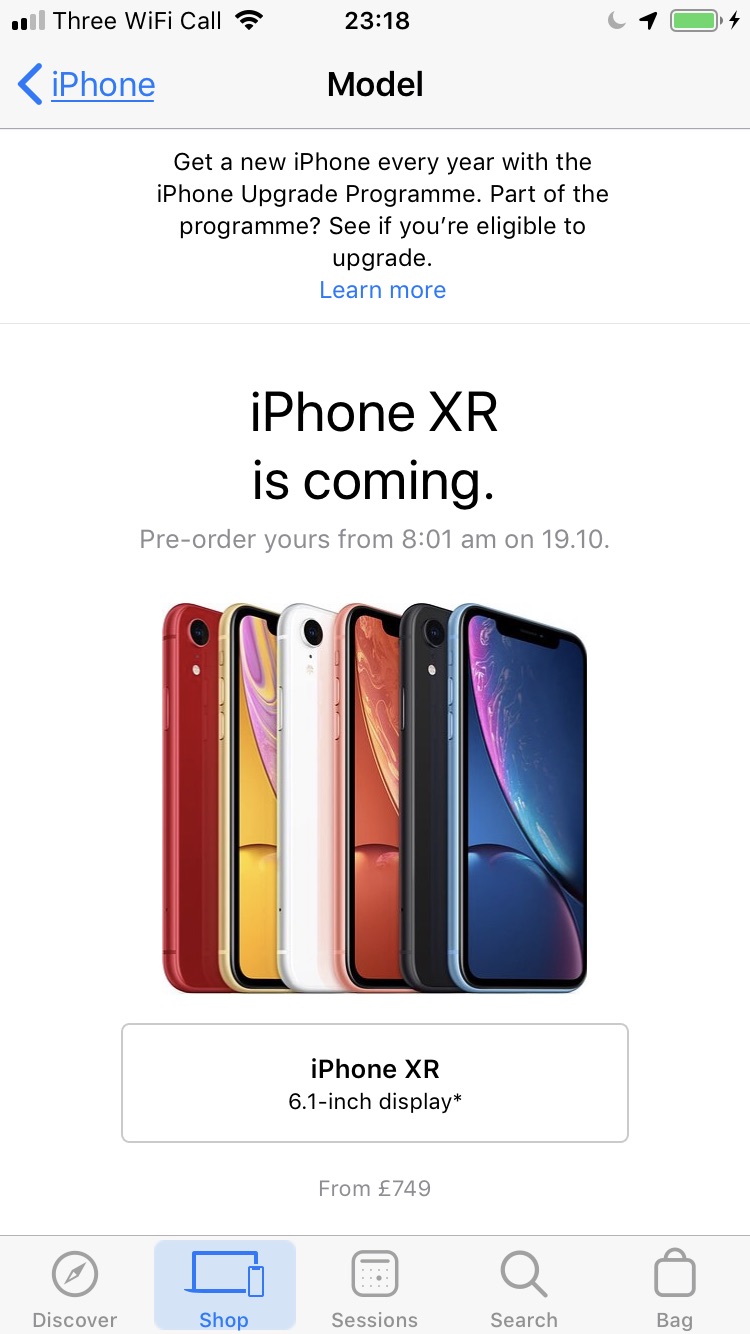 Yeah the XR is definitely an option, just need to see the prices of the contract providers I guess.

FWIW, I ended up getting a decent deal for a 64GB Silver XS - arriving tomorrow.

BMox said:
FWIW, I ended up getting a decent deal for a 64GB Silver XS - arriving tomorrow.
Click to expand...

If you’re getting it from your carrier why not take out their insurance. It will cover you for loss and theft as well as damage.
You must log in or register to reply here.
Share:
Facebook Twitter Reddit Email Link
Register on MacRumors! This sidebar will go away, and you'll see fewer ads.
Sign Up
Top Bottom