I am working on a very strange issue with an older mac server running Darwin. The server has been working for a while and recently after a power outage started behaving strangely. The server had originally been connected via Ethernet with a static ip address. After a power event, it would not bring up the ethernet port until manually setting it by ifconfig. It said the ip address was already in use (there is literally no other hosts on this vlan except this one) Ping via IP address works flawlessly as well as nslookup to resolve dns. But the box will NOT resolve by a ping on network connection - like curl/wget etc. The firewall is turned off, not running stealth mode. Telnet to web ports by ip address work. Just no DNS

The strange thing is that wifi connects fine.

Would appreciate any insight - I've been in the industry a long time - and this is baffling. 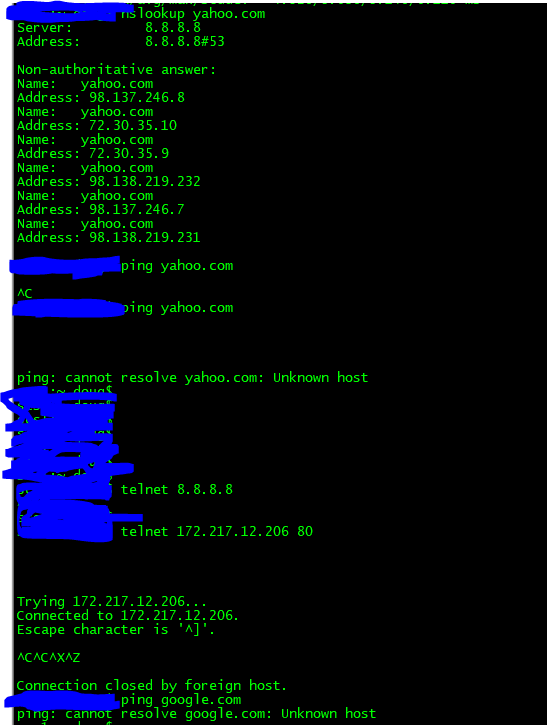 To check you have connection and your getting DNS from the network. Plus you old network guys need to stop using old Linux networking behind when work in BSD Unix! So use the Mac OS Networking command: