Missing "Allow access for assistive devices"? I found it!

Sorry if this has been mentioned already, but I figured it deserved its own thread. It's in a different form in Security & Privacy -> Privacy -> Accessibility. 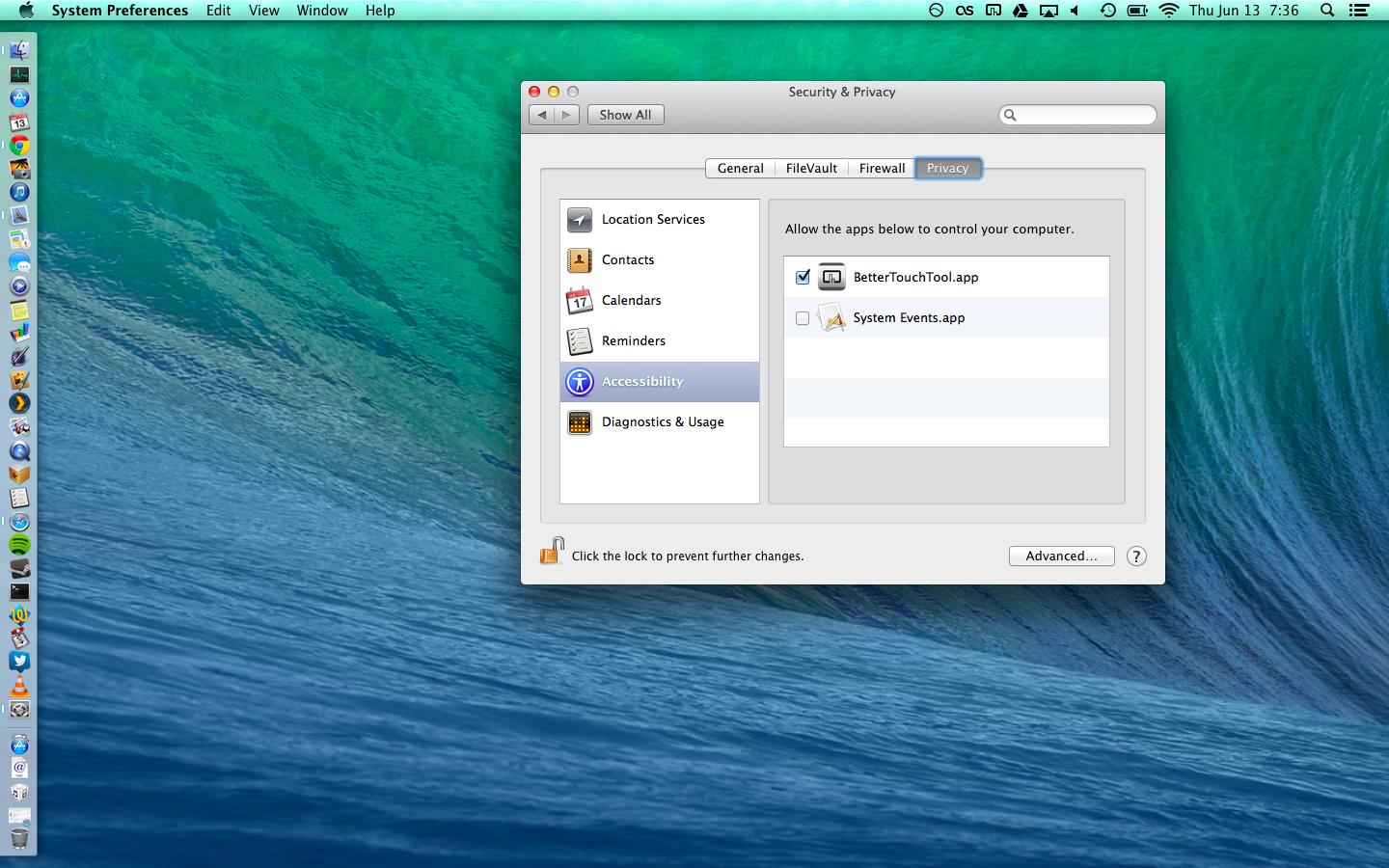 That was a big help. I was looking around for it for awhile and your post was the first google link, found it right away!

You sir just fixed my "Cinch" app problem. Many thanks! Now all my apps work flawlessly... well so far.

Thanks a lot for showing us this! Cinch fixed!

Hello everyone. I also thought that fixed my problem! However it only works in that moment. Once you reboot the system, cinch doesn't work again, despite the fact that it is still "checked" in that privacy and security tab. Anyone can confirm? and is there a workaround?
D

Need help with ths, but, for Yosemite, and a slightly different circumstance...

I have been using Sounds4Fun for - well, if you're familiar with it, a 'while.'

I've never had a problem - not even with recently installing Yosemite.

Here's where my problem is:

For a reason which isn't relevant to ths, a few days after installing Yosemite, I had to do a clean install (again - this had nothing to do with Sounds4Fun).

I am installing Sounds4Fun, & it's asking me to 'Enable access to assistive devices...'

But, Sounds4Fun is a Preference Pane, and as such, I can't get Security & Privacy>Accessibility to let me add it to the 'list of apps.'