Not a single person has recovered from CoronaVirus in America

If I'm reading this right, there's not a single person in America who has recovered from CoronaVirus. How can this be? 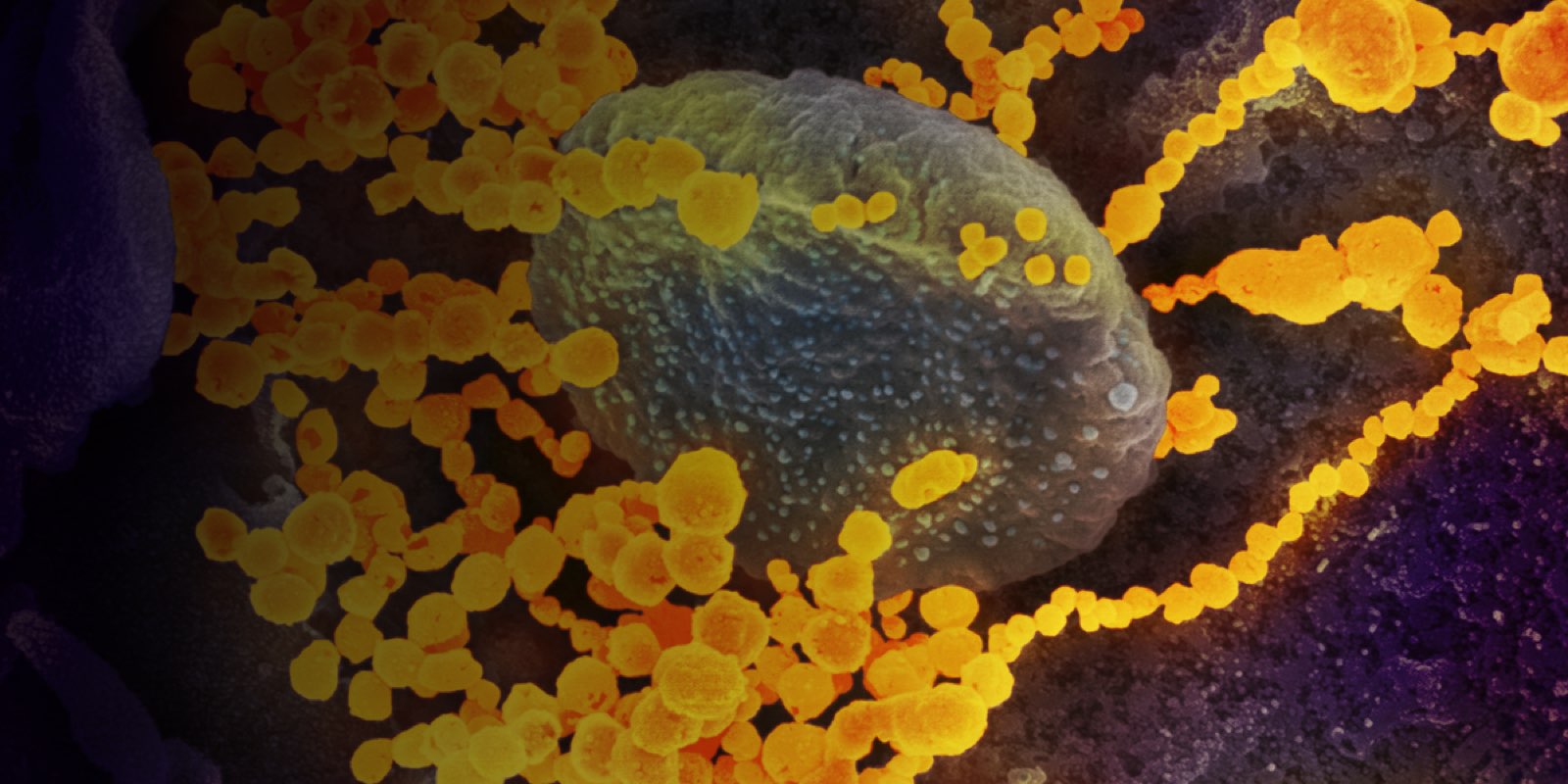 Johns Hopkins experts in global public health, infectious disease, and emergency preparedness have been at the forefront of the international response to COVID-19.

I see 616 recovered in the US.
Reactions: yaxomoxay and mikzn

Plutonius said:
I see 616 recovered in the US.
Click to expand...

Of known cases presenting symptoms. You can be asymptomatic and recover, and not know you had it.
Reactions: GlenK, compwiz1202, jkcerda and 1 other person

Zenithal said:
Of known cases presenting symptoms. You can be asymptomatic and recover, and not know you had it.
Click to expand...

Well, if someone has symptoms...then the recovery percent is still very scraringly low...

Am I missing something though? How can it be so low?

Hieveryone said:
Am I missing something though? How can it be so low?
Click to expand...

If you're critically ill it takes up to 6 weeks to either recover or die. Most of the people who are confirmed in the US are critically ill because anyone who's not serious enough to be admitted is usually denied testing. Not many of the hospitalized have been discharged.

My hunch is that for mild cases who appear to have recovered, we're not spending precious test kits on re-testing them to verify that they have indeed fully recovered and are no longer infectious. These people may be for all intents and purposes recovered, but because we haven't verified, we aren't counting them as such.

The last bit also illustrates why all of these stats are hard to interpret. Every country has different criteria for what they consider an infection, a Covid-19 death, or a recovery. All the stats are fuzzy right now.
Last edited: Mar 26, 2020
Reactions: chown33, jkcerda, AngerDanger and 3 others
G

Thread title is a classic example of one that instantly becomes outdated.
Reactions: mudslag, Sword86, yaxomoxay and 5 others

smirking said:
The last bit also illustrates why all of these stats are hard to interpret. Every country has different criteria for what they consider an infection, a Covid-19 death, or a recovery. All the stats are fuzzy right now.
Click to expand...

Yep. I was having this conversation with someone this morning, since there's a rolling window of infection / recovery, the math won't work (this type of data is difficult to analyze).

i.e., if we call someone recovered in 3 weeks (just as an example) after initial symptoms, then there's always more infected that are in the recovery period and can't be used as "non-recovered" for the question, "What % of people recover". 100 people in Feb, recover past the 3 week period, 100 more are infected (and are still within the 3 weeks), that's NOT a 50% recovery rate (if all the initial 100 recovered that's 100% for that snapshot of data and kind of "undefined" for the second 100 ...).
Reactions: smirking
C

Zenithal said:
Of known cases presenting symptoms. You can be asymptomatic and recover, and not know you had it.
Click to expand...

Yea they aren't testing right now unless you pass some screening which means you have symptoms.
Reactions: Zenithal

Hieveryone said:
But with like 69,000 cases, isn't that less than a 1% recovery rate at this point?
Click to expand...

Recovery rate is incredibly difficult to capture, especially at this moment. The vast majority of those 69,000 cases are sent back home to recover for 14/20 days and never heard from again if they recover.
Reactions: Huntn, Scepticalscribe and compwiz1202
I

I believe I read that there are over 1000 recoveries in the US.

What I do find more encouraging though, is the graph of US cases on WHO's website. (I am going to be very clear and start this by saying that I know one data point is nothing to go on. But I WILL hold some hope that this one data point...is a starting point for those that follow). It has a section of the chart marked with the disclaimer that cases beginning within the marked time frame may not be reported yet. When you look at that section...there is a clear downward trend (for obvious reasons...being unreported cases so far). That part will change as more reports come in. But the part that stands out to me...is the part of the chart before that disclaimer is marked. When looking at the section of the chart that this disclaimer no longer applies to...you see a clear peak in reports (which is evident by the days leading up to it), and then the next plot on the chart is lower. We won't know if that plot mark is an outlier until we get more confirmed reports in the "disclaimer" part of the graph. It very well could be an exception. There was also one data point on the other side of the clear "peak" that was an outlier by being lower than the day before it and after it. But as a healthcare worker...I am going to hold out on the extremely unlikely hope that we peaked. If I'm wrong...(and numbers may end up proving that) then so be it, I'm wrong. But I'll hold out for any hope I can...and I like seeing that there is at least one data point on that chart that is lower than the one before it. Hopefully those that follow also go that way. The county I live in...seems to have peaked about a week and a half ago, and minus one or two outlying dates since then...we are on an overall downward trend and that is despite living right next to what is basically the case hotbed of the state. But from the beginning, we seem to have been an outlier in terms of numbers of cases in the metro area. We have less than basically every other county around us. And that's not due to lack of testing...
Reactions: yaxomoxay
Z

compwiz1202 said:
Yea they aren't testing right now unless you pass some screening which means you have symptoms.
Click to expand...

Yeah, didn't NY State specify they would not be testing anymore unless it was an extreme case?
Last edited: Mar 26, 2020
J

But, since we’re talking about rate, I’ll offer the following:

When we don’t have a reasonable approximation of the denominator (the number of infected persons), both rates are suspect, at best.

In the case of recovery rate, we don’t even have a reasonable approximation of the numerator.

In the case of mortality rate, we have a much better handle on the numerator, but I suspect a number of deaths are being miscategorized, which is understandable. Given the comparatively small number of deaths thus far being reported in the US and world wide, miscategorization could have a significant effect on rate.

Modeling can be useful, but it has to be based on good data and good model design. So far it appears (to me, at least) that good data is in short supply.

Combine this with (again, my observation) the media’s willingness to present things in a manner most likely to generate clicks, viewers, readers, whatever. Fanning the flames 🔥 of fear is a proven strategy for remaining at the forefront of what people consume as “news,” and thereby affects their actions, as well as those of policy makers. It also affects accurate data collection.

The University of Virginia's dashboard has some nifty features, such as going back in time
https://nssac.bii.virginia.edu/covid-19/dashboard/

The mortality rate statistic is currently only useful as a comparison between populations. It does not accurately reflect the mortality rate of COVID-19 since there are people who are contracting SARS-CoV-2, not getting diagnosed and recovering.

We probably won't have a more accurate estimate of the true mortality rate of COVID-19 until a wide sample of the world's population can be given serology tests for SARS-CoV-2 antibodies. Right now, there is no approved serology test for SARS-CoV-2.

Is it true if you are infected and then recover that you are immune from being infected again?

Anyone here not a holiday person