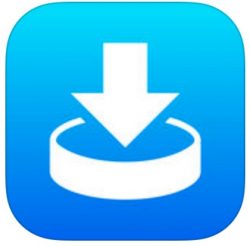 Eternal Storms today released Yoink for iOS, a new mobile version of the popular drag-and-drop Mac app. On iOS 11, Yoink acts like a convenient shelf for users to drag in files and other content, do something else (switch apps, tabs, and so on) and then easily access those items again by dragging them out of Yoink.

Yoink works best as a Slide-Over or Side-by-Side app that can be used to drop items into temporarily. Almost anything that can be dragged in iOS 11 is accepted by Yoink. It's also possible to paste clipboard contents into the app shelf, while a share extension allows users to send items directly to Yoink from any app.

Yoink attempts to create a rich preview for every item users add, so that, at a glance, easy identification is possible (for example, web link items show part of the website and map locations show a preview using Apple Maps). A detailed preview, by tapping onto the item, is possible for most items. 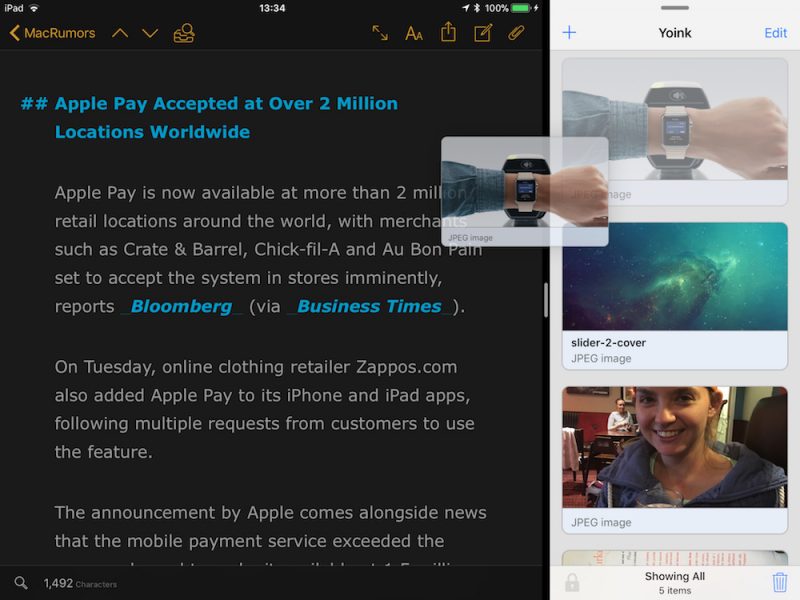 Yoink is available on the App Store for $2.99 in a limited time deal (regular price $4.99). The app is localized in English, German, Japanese, Korean, and Simplified Chinese, with
more languages will follow. To celebrate the release of Yoink for iOS, the Mac version of Yoink has also been reduced for a limited time ($4.99, usually $6.99).

I will pick this up in iOS. Yoink, along with Magnet, and Itsycal are some things I feel that should just be baked in to Mac.
Reactions: Michaelgtrusa, QuarterSwede and m.gansrigler

I do like the idea of having your clipboard act as a stack or queue instead of a box that can only hold one thing at a time...

I think vim has a clipboard that acts that way, but that's just one program...
Reactions: QuarterSwede and m.gansrigler

I'm still baffled that my 5.5" phone apparently doesn't have enough space to show a second small app on the screen, yet I was able to get by with my 3.5" iPhone all those years earlier on.

I didn't even know this existed on the Mac.
I'll be picking it up for both Mac and iOS now, thanks MR!
Reactions: Michaelgtrusa, timmyh, QuarterSwede and 1 other person

d0minick said:
I will pick this up in iOS. Yoink, along with Magnet, and Itsycal are some things I feel that should just be baked in to Mac.
Click to expand...

Shhhhhhh! Don't give Apple any ideas. You don't want this app to get Sherlocked, do you?
Reactions: Krevnik
D

I agree with some others: this kind of thing is the stuff Apple should be adding to their operating systems instead of tweaking the UI a bit here and there.
Reactions: m.gansrigler
D

Using this App on my Mac since years. Could not live without.

This App is far to cheap.
Reactions: Michaelgtrusa and m.gansrigler
S

I agree with some others: this kind of thing is the stuff Apple should be adding to their operating systems instead of tweaking the UI a bit here and there.
Click to expand...

I dunno. MacOS has historically been pretty good at doing solid, basic implementations of most things, and leaving the fancier versions to third parties. And right now, what we have in macOS is a solid, basic clipboard.
D

I actually agree with you completely about Apple's approach (historically). However, what I would like is for that to change. Instead of introducing features like pretty drop shadows and transparency on windows, put something like this in the operating system.
Reactions: Labyrintho
L

Nice app--just bought it for iPhone and iPad.

I hope someday Yoink syncs between devices. Even nicer then.
Reactions: m.gansrigler and Jessica Lares
0

AxiomaticRubric said:
Shhhhhhh! Don't give Apple any ideas. You don't want this app to get Sherlocked, do you?
Click to expand...

Being able to send a screenshot to it with the new iOS 11 markup popup thing is pretty cool.
Reactions: Michaelgtrusa, m.gansrigler and ignatius345

Yoink is something I miss terribly when it's not on a Mac I'm using. It makes full-screen apps SO much more useful, and just provides a great little collection point for files and snippets in general.
Reactions: martyjmclean and m.gansrigler
You must log in or register to reply here.
Share:
Facebook Twitter Reddit Email Link
Register on MacRumors! This sidebar will go away, and you'll see fewer ads.
Sign Up
Top Bottom