Samsung brought out a pair of "fact witnesses" -- i.e. not experts -- involved in technology that predates some of the patented features found in Apple's devices. That includes something seemingly simple like photos and lists bouncing back into place, as well as the "pinch-to-zoom" gesture -- both things Apple says Samsung is infringing with its devices.
First up was Benjamin Bederson, a computer-science professor from the University of Maryland and the co-creator of LaunchTile. This zoomable network of smartphone apps was a mid-2000s invention, and one Samsung hopes will bust one of Apple's patents.

The primary gesture feature, called FractalZoom was one touch for scrolling, and two fingers to pinch and zoom, technology that Bogue said he actually demoed to Apple in a private meeting in late 2003. The technology was shown off to what Bogue said was "maybe half a dozen" Apple hardware engineers. The meeting didn't go anywhere, though Bogue kept an e-mail thread between him and the company, which Samsung submitted as evidence.
DiamondTouch also had developed a follow-up technology called TableCloth, which Samsung showed off to once again take aim at Apple's bounce-back patent. TableCloth, which Bogue explained had been developed for Adobe's Flash platform, would bounce back images when they're pulled off screen.
Click to expand...

In the Apple vs. Samsung lawsuit, Samsung has called Adam Bogue to the witness stand. He is the man behind the DiamondTouch PC interface (video below) and says that he demonstrated a touch interface demo featuring popular gestures gestures to Apple back in 2003. Mitsubishi Electric did a lot of research on the topic in the late 90s.

Nothing came out of those demonstrations, but Mr. Bogue has kept emails to prove that the private meeting did happen. Samsungs goal is to show that some of the patents that Apple is trying to use against Samsung and other handset makers have prior art, which may invalidate Apples patent tool.
Click to expand...


Will the jury be convinced that pinch to zoom is a legitimate Apple patent?
Comment
S

Will the jury be convinced that pinch to zoom is a legitimate Apple patent?
Click to expand...

Maybe Apple is guilty of thievery of a garage inventor, but they didn't steal from a mega-corporation which is FAR more evil.
Comment
E

Making that case for Samsung was Itay Sherman, chief executive of the multi-touch company DoubleTouch and an inventor with 20 patents to his name. Sherman brought out the same trio of smartphone design patents Samsung used earlier in the case, two of which are Japanese and another that's Korean. In short, Sherman said that features like big screens, rounded corners, and "lozenge" speaker holes in these designs predated what Apple brought out with the iPhone.

When it came to tablets, Sherman suggested that HP's tablet had many of the same features named in Apple's design patent though it was released as a commercial product in 2002, two years before Apple would apply for its tablet design patent, and nearly eight years before the first-generation iPad went public.
Click to expand... 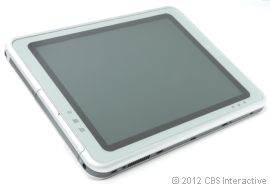 The Fidler tablet, a prototype device Samsung is pointing to as pre-dating the iPad. 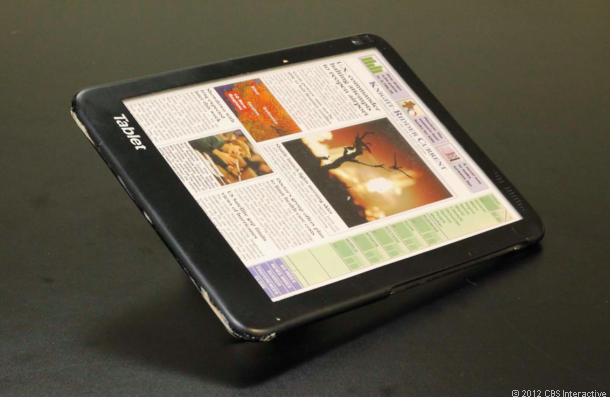