Scuffed Badly at Factory and Other (Unpleasant) Surprises/Opinions

Well folks, the Apple Watch is not yet the love affair I expected. In fact at this point I enjoyed the immensely overdone hype more than the Watch itself. While it's a nice enough Watch for the price and I don't feel like I was ripped off, I do have some unexpected issues.

First, is that my Watch was scuffed in multiple places which I noticed minutes after taking it out of the box. Unacceptable, and I really hope Apple lets me do an Express replacement. Having already bought a case for workouts to avoid this, I shouldn't have to settle for a scuffed $399 Watch that I will spend $100+ on accessories/bands for. (Bottom left corner of the Watch mainly... not usually so pale btw .)

Edit: after inspecting with the flashlight, it seems there are 5-10 scuffes, most worse than in the image. Keep in mind all I did was carefully unbox and wear about an hour and a half ago. 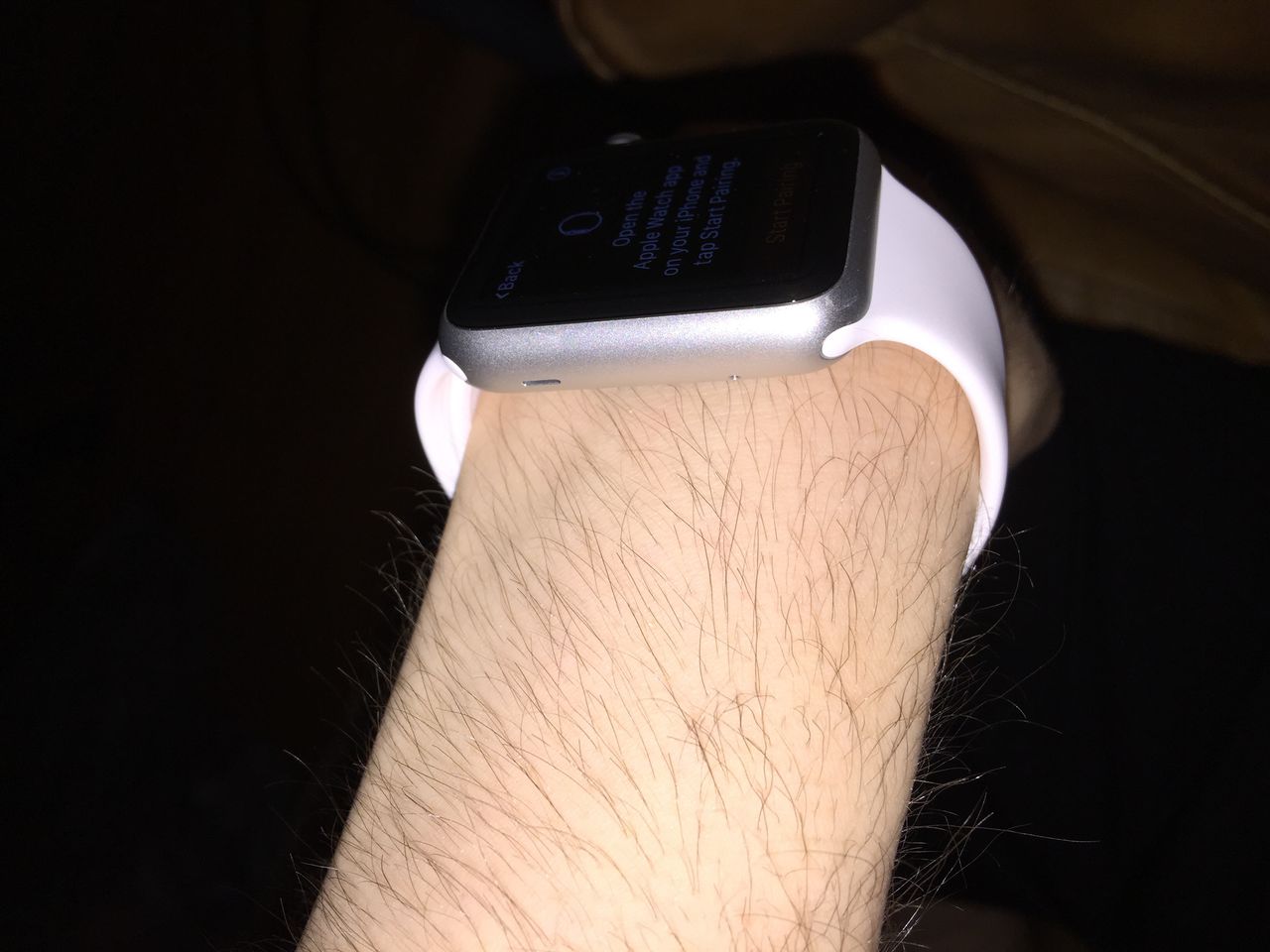 Happy to use my Apple Watch as my alarm, I setup a test alarm... and found that the sound/haptic feedback at max level likely would not wake me up from a deep sleep if I was wearing it to bed let alone while it's charging! Sure, I could buy an alarm clock or continue using my phone but I was looking forward to using the Watch so I don't spend time in bed browsing the web before getting up. Would be great to check notifications, messages, email, then hop in the shower rather than get sucked into browsing the web as I do now on my iPhone.

A slightly-annoying surprise is that Siri on the Watch has no option to talk. It works well enough and makes sense, but it'd be great to use full-blown Siri from my wrist when needed.

No spoken turn-by-turn directions! I was expecting to be able to hear the Watch better than my phone since it'd be closer to my ear than the iPhone when I'm playing music but apparently the speaker is not loud enough for Apple to make use of it.

No mode that deactivates raise-to-wrist while working out.

Doesn't work well with barcodes. (Noted from my buddy who was the first to take his to the gym.

It takes two fingers (one to hold the Watch and the other to click the Crown) to press the Digital Crown. Seems cumbersome to constantly use.

I can get over the rest of it besides the scuff marks out-of-box but I'm going to need a few days to adapt to the Watch and decide if the first-gen is just going to end up in a drawer in a few months or not. (I did just open it.) I have full faith in five years AW will be great but for now it's decent enough for a first-gen product.
Last edited: May 27, 2015
J

If you were hoping to wear it when you sleep (which actually sounds like a pretty useful plan) then when were you planning to charge it?
P

I wear mine in bed - usually only down to about 50% battery by bed time - put in on charge when I get up and by time I have my coffee, shower, shave etc - approx an hour or so - watch is back up to 100% and ready for the day