For the last day or so, I've been getting this text when 1 person texts me: 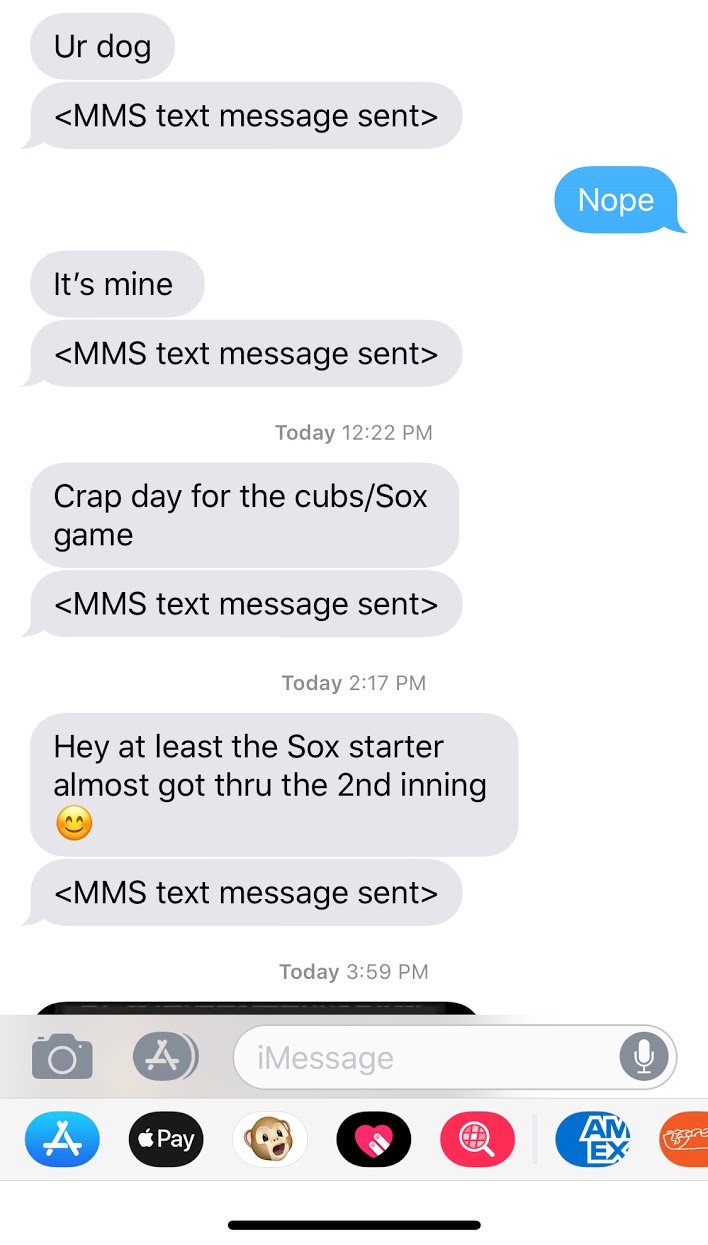 Just started doing that out of the blue; the other person has no idea why it's doing this. Anyone see this before? Google search didn't find anything relevant.

What's the exact iOS version? Also, were there any recent updates from Apple or other changes that you remember?
Reactions: wargamer6
W

Does the sender have the same problem with other Apple users, or just you?

For now, since you're receiving that text, I'd focus on the sender's end of things. Is this a group conversation with people who are using Android as well as iOS? What version of iOS is the sender using?

If it's just the two of you, I'd suggest first deleting the existing conversation on both ends, force-quit the Messages app, restart the devices, then try again.

If it's a group message, see if the situation continues in a fresh conversation between just the two of you.

Imo if it happens only with this contact it can be some weird setting/iOS corruption on sender's side or thread corruption as ApfelKuchen mentioned. Have you tried deleting this thread and starting from scratch?
W

He's on iOS 11.3.1 like me. I've had him delete the conversation thread, kill the app and reboot but the problem still remains. It's just with 1 person as others aren't affected.

It's strange as it stopped doing it briefly but came back again.

He's on iOS 11.3.1 like me. I've had him delete the conversation thread, kill the app and reboot but the problem still remains. It's just with 1 person as others aren't affected.

It's strange as it stopped doing it briefly but came back again.
Click to expand...

Not sure if this will help, but try disabling/re-enabling iMessage on your phone and his.

Also try resetting network settings on both phones. You’ll have to re-enter any saved WiFi passwords.
A

He must be sending mms messages to you, which may be not be enabled with your carrier settings... other than that, it’s a weird issue.. turn on and off imessege maybe and see
Reactions: Armen

Is this setting on on your end?

Shirasaki said:
Is this setting on on your end?
View attachment 761676
Click to expand...

Yup. It's always been that way.

wargamer6 said:
Yup. It's always been that way.
Click to expand...

I guess the other side does not support iMessage, so their phones try to send messages as MMS instead of SMS. There is an emo in one message even.
You must log in or register to reply here.
Share:
Facebook Twitter Reddit Email Link
Register on MacRumors! This sidebar will go away, and you'll see fewer ads.
Sign Up
Top Bottom