So I'm having a hell of a time trying to get my triple displays to play nicely with my main pro apps, and I'd appreciate some advice on where to go troubleshooting -wise.

Setup:
System is set to a single space for all 3 displays, so just one menubar in the middle, and the dock down the left screen. That arrangement was the purpose of the exercise.

Symptom: on display wake, the sw240s light straight up, the sw270 takes about 5 seconds to get a picture. That happened even without the SwitchResX custom resolutons. However certain applications, eg Capture One, and the Affinity Suite seem to interpret this pause in the centre display weirdly, and lose the lefthand display, shifting their documents to a position in the centre of both the remaining screens, as well as pulling their palettes onto the main screen (sometimes placed above the menubar so that you can't get to their draggable parts).

So the conundrum, is it a:
I know when I attempt to start into recovery, nothing will display on any screen, until I toggle the sw270c's Displayport mode 1.1/1.4, then recovery appears on one of the hdmi screens (rotated).

Options so far:
Any other suggestions?
Thanks.

so at risk of jinxing myself... moving the SW270c over to HDMI, and the SW240s back to Displayport seems to have calmed things down (although the sw240s power LEDs don't work right when the machine is asleep - they stay fixed on, or off, rather than pulsing, as they do on HDMI).

I think I just have to conclude that Benq has janky Displayport technology. :/

I'm also having issues similar to yours. Running tripple monitor setup with RX 580 on Mojave. When waking up from sleep the window configuration often gets messed up. Never found any useful solution rather than manually dragging windows back to it's original position.

I haven't had these problems when running High Sierra and GTX 980 with the same monitor setup and cables. So it's a Radeon/Mojave issue. 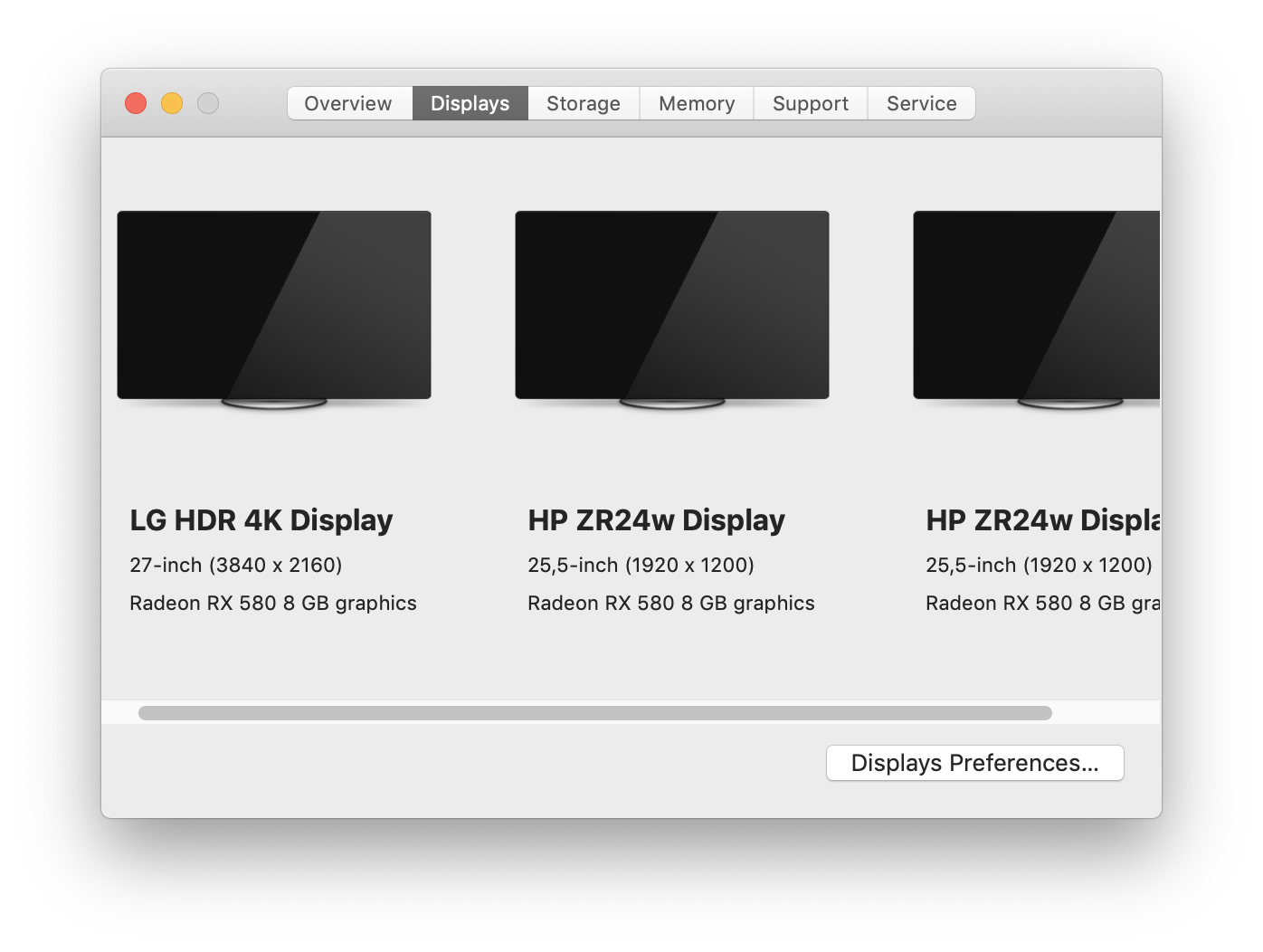 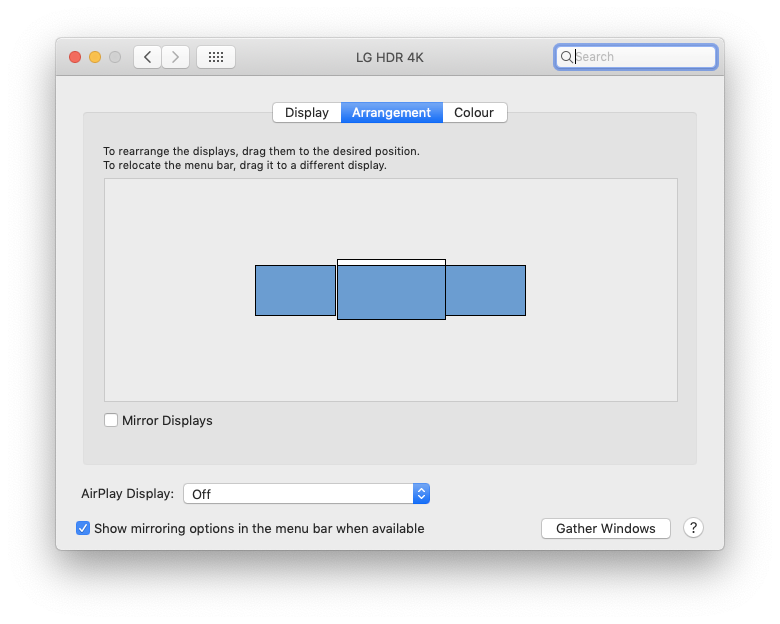 I actualy think SwitchRexX can help with this, (possibly superstition) but it has a option to declare the main screen, also there does appear to be a physical correlation between the physical port, and where it's more stable in the virtual assignment.
You must log in or register to reply here.
Share:
Facebook Twitter Reddit Email Share Link
Register on MacRumors! This sidebar will go away, and you'll see fewer ads.
Sign Up
Top Bottom