What is the significance of your avatar/profile pic?

What is it a picture of? Why did you choose it? Do you change yours frequently or have you kept the same one for a long time?

For those of you who don't have one, will you ever get one?

I ask because the new forum design has changed the way "no avatar" users are displayed. Now a single capital letter indicating the first letter of your username is displayed alongside a color and the colors vary (no more "gray" default avatars).

My avatar is a drawing of King from Seven Deadly Sins, an anime (and manga). I've had other avatars in the past, including photos of me, but I've kept this one the longest and I will probably not be changing it any time soon now that I've come to associate it with my profile here. I chose it because I'm a fan of Seven Deadly Sins and King has always been my favorite character. 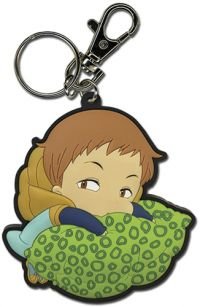 So what's the story behind your avatar?
Reactions: Huntn, decafjava and AngerDanger

I didn't used to have one, because the gray default was fine. I really dislike the new defaults, so just today I've started playing with some simple ones.

Why this one? It's green.


On a different note, I tend to change the Location in my profile every couple of weeks. There's usually a series of words with a theme, or something whimsical that I happen to like.
Reactions: kazmac and SandboxGeneral
M

Mine's empty. When I joined, you had to earn an avatar with your post count. By the time I'd posted enough, they took away the requirement. Hmph.
Reactions: SandboxGeneral and Scepticalscribe

Eh, it's just something my mom made me a couple decades ago. Can't say I'm a huge fan, but it'd be sort of awkward to ask for a new one.

I think I was going to edit a gun into this at one point?
Last edited: Sep 22, 2019
Reactions: yaxomoxay, sunapple, Huntn and 9 others

Name is Mousse. So either the anime char, hair care product or dessert. Since I'm an otaku, anime char wins easily. 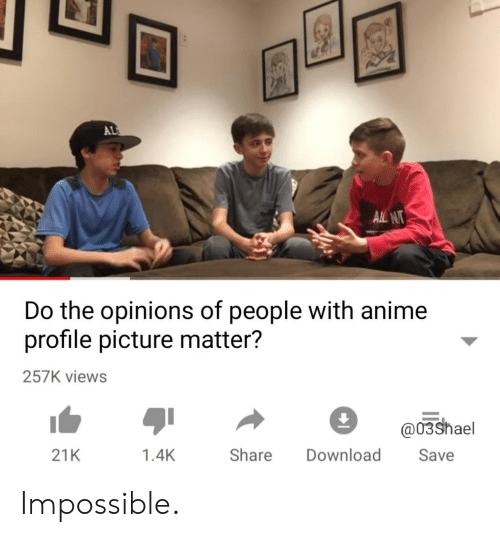 Big comic book fan, and I like Hellboy.
Reactions: millerj123

It's my art, and it reminds me that I should change it at some point to something a little more recent.
Reactions: Huntn, decafjava, AngerDanger and 2 others

I'm keeping the green, baby! It's a paean to simpler times of an outstanding single-user object-oriented soupy-data communications-centric pen-driven OS design that deserved a much better fate. SO much wasted potential. I love 90s designs.
Reactions: Huntn

skottichan said:
It's my art, and it reminds me that I should change it at some point to something a little more recent.
Click to expand...

Holy smokes, that's insanely awesome, have you posted more of your art?
Reactions: Huntn, AngerDanger, a2jack and 2 others

My VFR800 is my other passion.
Reactions: a2jack and diggy33

Been using mine for 20 years. I loved playing the game Diablo, and my avatar is a monster from the unofficial expansion Hellfire that came out for it. I've never actually played the expansion, since it wasn't released for Mac, but I thought the monster looked hilarious. Never found anything else which just fit for me.
Reactions: MisterSavage, kazmac, ThisBougieLife and 1 other person

Thanks for your answers. Sometimes I forget how long this forum has been around. Some of you joined when I was a toddler. 😮

I’m a fan of LEGO and the US national soccer team. I used this little guy everywhere for the last 15 years or so and may eventually end up with a tattoo rendition if I can stop procrastinating and find the right artist to do it.

Megatron is the greatest.
Reactions: Huntn

I’m quite fond of Scrat, and like that Oh **** look on his face when he is in over his head.

It’s a picture from STALKER, one of my favorite games. Strelok is the main character in one of the games and most of the games center around him.
Reactions: Huntn

My attempt at an 'arty' nature photo of some Oak leaves/ catkins in focus against a blurred (bokeh?) backdrop.
Reactions: Huntn

My current avatar is representative of my switch, full time, to Linux. Tux the penguin is the official mascot of the Linux community.

My previous avatar which I used for many years was the center portion of the Star Trek Star Fleet logo representing my love for Star Trek.

ThisBougieLife said:
Thanks for your answers. Sometimes I forget how long this forum has been around. Some of you joined when I was a toddler. 😮
Click to expand...

Do NOT disrespect us! 😜. We are older and, well, older. And angry! Yeah! Angry! Get off my lawn!
Last edited: Sep 20, 2019
Reactions: BasicGreatGuy, AlliFlowers and ThisBougieLife

My avatar is what I used to be while in my prime.

I still am, in my heart, my Avatar.
Reactions: Huntn and ThisBougieLife

SandboxGeneral said:
My current avatar is representative of my switch, full time, to Linux. Tux the penguin is the official mascot of the Linux community.

My previous avatar which I used for many years was the center portion of the Star Trek Star Fleet logo representing my love for Star Trek.
View attachment 861101
Click to expand...

I well recall your Star Trek avatar; I hadn't realised that the current one is a salute to Linux.

As for my avatar, I owe you a debt of thanks for it, a stylish representation of a coffee cup which reflects my love of coffee, and the sheer unadulterated pleasure I take from imbibing a cup of (good) coffee.

When I first joined this forum, I didn't even know what an avatar was, and didn't actually see the point of it.

And, at the time, with the system that predated the system that has been changed (updated) this week, one had to accrue 500 posts (if memory serves) before one could claim an avatar.

This didn't bother me in the slightest, for I couldn't see why some who were most amazingly agitated about the acquisition of avatars were so incredibly impatient about accruing and arriving at the designated number of posts in order to qualify for one.

It eventually dawned on me that, obviously, avatars were some sort of short-hand for an online identity, and that this was why they mattered.

Anyway, I wasn't one of those who had an avatar ready to launch whenever I arrived at the designated number of posts which would have automatically qualified me for the right to load an avatar; in fact, for a long time afterwards, I didn't bother with one, as it didn't interest me all that much.

Actually, what prompted my change of mind was my participation in the MacRumors WW (Werewolf) games; in that context, there was an obvious benefit to immediate or instant online identification, and thus, I uploaded the well known image of a coffee cup (one passion of mine) complete with a full cup of frothy coffee on which the image of an apple (well, this forum is all about Apple related matters, after all) had been drawn or piped.

However, @SandboxGeneral's coffee cup was far more elegant than the one depicted in my original avatar, - I really like the strong contrast between light and shade - reminiscent of the Dutch and Flemish paintings of the 16-17th centuries I love so much - and he very kindly passed it on to me when he had no further use for it, for which he has my enduring gratitude.
Last edited: Sep 21, 2019
Reactions: decafjava, SandboxGeneral and ThisBougieLife