Alright, after the nerve wrecking last game hosted by ravenvii, this is the 1/5 of the 2015 [WW]orld Series Tournament.

Of course this game is also a stand-alone, so if you're not interested in the tourney - no problem. 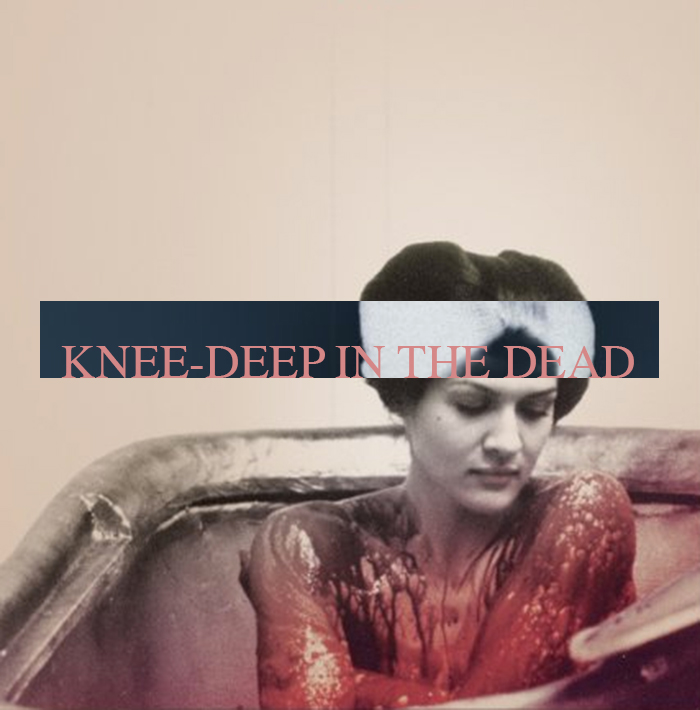 VOTING/POSTING
as usual, please bold votes (no-vote is an acceptable option).
Please do not make any significant edits to posts. Do not erase posts, do not unbold old votes.

IN-GAME ACTIONS
if your power allows it, you can choose to use it publicly. To do so post your action in an ALL-BOLD post, where you describe your action and its target. The action is activated immediately, although the consequences might depend on other actions. For example a time-extension starts immediately and the player needs to indicate the new deadline in the post. An insta-shot is shot immediately, but the success of the kill is determined also by other factors (like protection), so the target is presumed dead, -and should not post- until the kill is confirmed, etc. Please keep in mind that the GG may be asleep.

DEAD PLAYER ETIQUETTE
usual. limited to 'color' posts, but they should not affect gameplay in any significant way. Please color them in ghost gray and try not to overwhelm the game with them.
Same is extended to "presumed dead" players (for example if majority-lock or a deadline has been reached, or if you have been insta-shot, then you should behave as if you were dead already).
keep in mind that due to some of the new roles and their possible interactions, "presumed dead" does not necessarily means "dead"

PMs
only WWs and the NW can communicate with one another.
Please send all night action PM timely. Keep in mind that some roles may affect the deadline. Action-PMs sent after deadline will be ignored.

Seer
chooses one other alive player to scan the role of, per night. (Active, Night-time, Recurring, Private)

Guard
chooses one alive player to protect from death and infection. This protection extends into the following game day and protects from all types of death except lynching. The same player cannot be protected twice in a row. (Active, Night-time, Recurring, Private)

Undertaker
chooses one dead player to scan the role of, per night. (Active, Night-time, Recurring, Private)

Nightwatch
consists of two players who are able to send PMs with each other. The Nightwatch will be in addition to randomly assigned general pool roles.
The role of the Nightwatch is of permanent nature and can't be lost. (Permanent, Anytime)

Stalwart
immune to one infection attempt by the werewolves. (Passive, One-time use, Night-time, Automatic)

Thug
survives one death via any means except lynching. (Passive, One-time, Anytime, Automatic)

Hunter
chooses one other alive player to kill instantly. Can orderly so openly in the thread or private via PM to the GG in which case the Hunter is not disclosed. (Active, One-time, Anytime, Dual-Nature)

Executioner
chooses one other alive player to substitute for the lynching victim that day. The executioner cannot save her/himself. (Active, One-time, Day-time, Dual-nature)

Reverber
can double his or her own vote for lynching. (Active, One-time use, Day-time, Dual-nature)

Seeker
can identify the power being used on a specific player at night. (Active, Recurring, Night-time, Private)

Stretcher
can extend the lynching deadline by 10 hours anytime before it occurs. (Active, One-time, Day-time, Dual-nature)

Collapser
can shorten the lynching deadline by 10 hours anytime before it occurs. (Active, One-time, Day-time, Dual-nature)

Blocker
can block the activity of one player for the next applicable day or night-time period, but not both. This does not apply to core WW powers such as the basic night-time kill, the infection or the kamikaze kill except if the kill only occurs because of the Maniac power. (Active, One-time, Anytime, Private Dual-nature)

Amplifier
can enhance the special power of one player for the next applicable day or night-time period (not both). The amplified player gets notified of the extra power by the GG. Normal activities, such as regular voting, are not affected. The target MUST use the power in that timeframe (or the very next one depending on the target power). Amplification does not apply to core WW powers such as night-time kills, infection or kamikaze kills. It can apply to a Maniac kill. (Active, One-time, Anytime, Private)

Necromancer
can revive one dead player. That player's power status returns to what it was before death. (Active, One-time, Anytime, Private)

Judge
can save another player from lynching. No player is lynched that day. (Active, One-time, Day-time, Dual-nature)

Swapper
may swap the powers of any two other living players. If the swap is done privately, the swapped powers become available at the end of the current time-period. The GG informs the targets at the time of lynching or morning. If at night, the power available that night is still the old one (the target does not know it will be lost). If swap is public, it is effective immediately. the players will have to wait for the GG to communicate them their new power. Does not Apply to core WW-powers or the Nightwatch. (Active, One-time, Anytime, Dual-nature)

Leech
may steal the power of another live player. Power use status is preserved. The leeched power becomes available at the end of the current time-period. (Active, One-time, Anytime, Private)

Scavenger
may steal the power of a dead player. Power use status is preserved. (Active, One-time, Day-time, Private)

Smoker
may protect one other player from any night-time activities except the Insta-Kill nor can it void protection by the guard. (Active, One-time, Night-time, Private)

Meddler
may interfere with the special actions targeting another player. This may result in fake scan results for the actions/status of another player (wolf or not), or in an alternative target being selected for the action targeting the protected player. The Meddler can provide provide a specific preferred answer/target to an activity directed against the protected player. Otherwise, the GG randomly selects one (feasible) answer/target.(Active, One-time, Night-time, Private)

Maniac
may choose one extra kill action or override an action protecting their target. This is only effective at night. (Active, One-time, Night-time, Private)

Bluff
submits a private vote that is different than their public vote. Once enacted, the public vote does not count. Neither the public vote, nor the secret vote count toward majority lock. (Active, One-time, Day-time, Private)

Alpha
may select one other player to convert to a werewolf in the night-time period. Normal protections apply. The Alpha has another randomly assigned general pool role. (Active, One-time use, Night-time, Private)

Kamikaze
can kill a player of their choosing at the time of their death. Normal protections apply. The Kamikaze has another randomly assigned general pool role. (Active, One-time, Anytime, Private)


For further explanations and examples check out this helpful post by Don't Panic.

ORDER OF NIGHT ACTION RESOLUTION
All night actions are assumed to occur "simultaneously", and to be resolved at 'dawn'.
the result of scan will be communicated at dawn, along with the posting of the morning narration.
If for technical reasons the GG PMs the results early, it is implied that the receiver of the information will not make any use of it, in the thread or via PMs, before dawn.
To resolve conflicts, the GG will process night actions/orders in this general order:

however, the order is not rigid, and exceptions may be applied depending on specifics and context, at the discretion of the GG.
For some specific actions, the timing of the PM may be important.
any night order can be pre-arranged, with or without qualifiers.

The story will loosely follow the events occurring in Massachusetts, New England during summer 1927.

in cabo till monday, can we start after holiday?

rick snagwell said:
in cabo till monday, can we start after holiday?
Click to expand...

of course. won't start till mid to end-weekish.

hmm, I should probably pair you up with DP as the ww, lock this thread at 12 players and you two will lose quite some points in the table I guess. Am I doing this right? First time GG speakin..

Count me in..but I will not be available until next Wednesday; Monday and Tuesday will be busy and I expect to be off the radar until Wednesday at the earliest.

twietee said:
hmm, I should probably pair you up with DP as the ww, lock this thread at 12 players and you two will lose quite some points in the table I guess. Am I doing this right? First time GG speakin..
Click to expand...

We'd be up to the challenge!

in the inerrant interest of inexorably inhibiting insane inhuman interlopers invariably intruding into indadequately insured independent inns of inner new ingland in the aftermath of inexplicable infamous infloods, i'm in.

I'll play although I can't vote for Twietee .

Here to support the first time game god! These games are always fascinating.

Plutonius said:
I'll play although I can't vote for Twietee .
Click to expand...

Well, I think that if the Honourable Twietee was anything other than the GG in the current, planned set-up, that there would be a veritable queue which would stoutly contest the doubtful privilege of doing him in.

meister (and melrose, anjinha, etc, when you sign up),
since you are the 'new' guys to the multi-special game format, can you give a look at the rules in the other thread and see if they look clear to you?
most everyone else already played with those rules, so they already have a pretty good idea already

Look at that nice beautiful young woman having a mud bath. Will this be a health spa themed game?

damn you Twietee I was going to vote for you just for eating me in the last game.

PLOT TWIST: If we get enough votes for Twietee, then Twietee is killed and both the Wolves AND Villagers win! Yay!

Nice one. Think we can start on Thursday if that's ok with you guys.

twietee said:
Nice one. Think we can start on Thursday if that's ok with you guys.
Click to expand...

hopefully we get 2-3 more people joining in by then.
maybe send some invites?

Wow, that chick in the poster has a weird hairdo...

Has it started yet?

I suppose it would be fun to be back for a game. But my work schedule means I'm not always able to respond very quickly. Ah well, I'm In.

Exams over, I'll play. IN!
Please note, I may not be too active so don't try and use that reasoning to vote for me

Comeagain? said:
I suppose it would be fun to be back for a game. But my work schedule means I'm not always able to respond very quickly. Ah well, I'm In.
Click to expand...

TechGod said:
Exams over, I'll play. IN!
Please note, I may not be too active so don't try and use that reasoning to vote for me
Click to expand...