Are the scripting languages really gone?

does the Big Sur installer include python, Ruby , etc.? 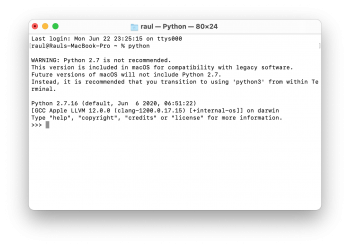 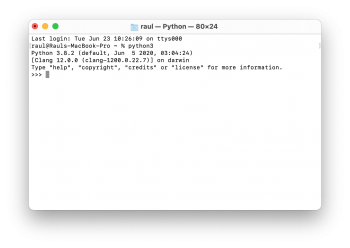 Why shouldn't it?
Reactions: PowerBook-G5

Will these script languages (Python/Perl/Ruby, etc) be removed in GA version?

I kinda suspected it might not actually happen in 10.16 aka Big Sur, because Apple's statement last year said "Future versions of macOS ..." rather than something more direct like "Starting with the next version of macOS ..."

I want Python 2 specifically to get nuked. It's annoying that it's hanging around forever in the base install and crufting up the development environment of people who use modern day Python on macOS.
Last edited: Oct 1, 2020
O