The one I'm getting is the MacBook 12-inch 2017 model. I'm trying to decide which version to get. So this is my first MacBook, I'm planning on using it for the rest of high school and collage. (So about 6 years.)

But if Apple would let us pick out more options on the Macbook 12-inch $1,299 base model then the specs would be the m3 processor, 512GB SSD, 16GB of memory.

On the base model, the i5 processor is available for an extra $100. But I don't find it worthy enough to upgrade to the i5 processor when it isn't a significant jump in power when compared to the m3.

6 years is a long time with only 256GB. What if your needs change? 512 would future proof you I think.
Reactions: CatherineVeraGat
U

I like to look at high dollar purchases as a cost over time and how much I will use it over that time period. If you really think you will use this machine for school for the next six years, which I think is reasonable. 1800/6=300 per year for a product that you most likely use everyday.

This doesn't include the amount you can sell it for at the end of the six years.

So the cost seems reasonable to me.

I bought a 2013 MacBook Air with 128gb thinking I wouldn't need extra space but I did upgrade the ram. I should have went for 256 as well because I have filled the 128 with nothing much of anything. Moral of the story, don't skimp on internal storage.

From what I've seen here the i5 is a good performer. And since you plan on using this over a long period of time, you will probably need the extra space as well.

I would suggest the i5 with upgraded ram
Reactions: CatherineVeraGat
S

Speaking from experience, it's amazing how quickly 256GB fills up. I remember buying my first MacBook in 2010 and the 250GB hard drive seemed huge. One year later, I was buying HDfilm from iTunes and downloading HD video from YouTube and before I knew it, I had less than 10GB left!!! Same with my first 16GB iPhone - from day 1, I was constantly fighting for storage space.

I've learnt with Apple products - GO FOR MAXIMUM STORAGE!!! That's why my next iPhone is going to be 256GB!!!

On a side note, my 2010 MacBook was ruined by 2013 Mavericks - beachballs, slow slow slow. What I learnt from that was go for one with a decent spec. Apple were obviously very greedy with my entry level white MacBook and three years is pretty poor - it's not been a nice user experience! Obviously high under specced which I did not understand at the time!

16GB of RAM on the new MacBook should future proof it for the next four+ years.
Reactions: CatherineVeraGat

However, if this MacBook is going to be your primary computer for use for 6 years for 2D and 3D work, I'd personally recommend 16 GB RAM and 512 GB SSD.

Mind you, for that type of workload, I'd consider going with a MacBook Pro.

P.S. I cannot resist posting this: 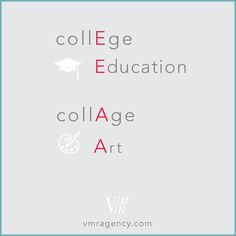 Reactions: Populus and c0ppo
You must log in or register to reply here.

MacBook Air i5 vs MBP Base