I recently came across a G4 xserve single processor. The odd thing was the person I purchased it from stated that he worked for a landfill in Mass. When he came across it, it was (from what he tells me ) still sealed in the box. He did open it and tape it back up (poorly) to make sure the contents were intact true to the package. I removed the tape he placed on the box carefully.

I opened the box when I got home(I assume for the second time) removed the documentation and started looking through it. All of the disks are present and all of the documentation is present, Even the rack mounting gear and allen key to lock the system. It also still has the plastic shield around the front of the unit to protect it from damage in shipping. Needless to say I took it out of the box and removed the shield to see if it still had the drives, which it does. 1 60 gig drive in the far right caddy and 1 180 gig drive next to it and two empty trays.

I mainly want to know as a collector if this is at all significant of a find. Literally the only fingerprints on the device are my own. The box is in rough shape and I have not yet put power to it to check if it boots but none the less I thought it was a cool rescue. And for fifty bucks I can justify the waste of gas money.

This is my fourth xserve, all 3 of my other units were scarred and drive-less when I picked them up thanks to the uncaring IT fellows that abused them.

Again I collect Macs. I was never really in a position when I was younger to be able to afford a mac, I think thats probably why I have a collection today (from g3 on at-least) and why every year my wife resents me a little more. 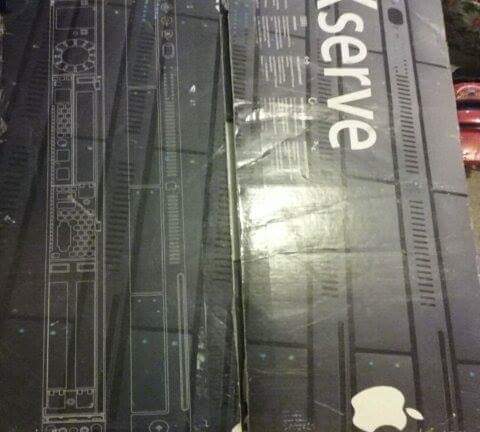 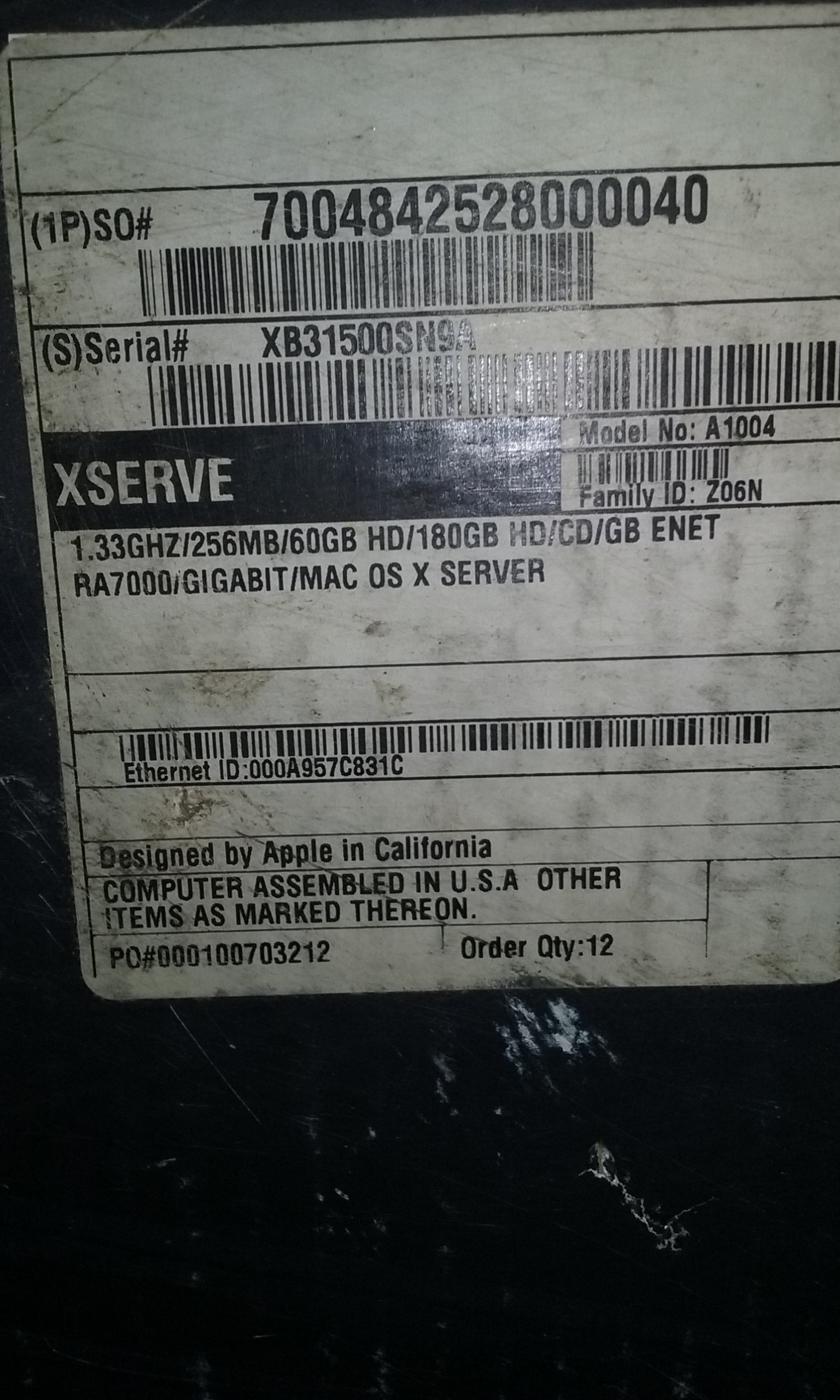 Opened the box and hooked it up to power and a monitor today. It works!

Still has the plastic wrap from the factory on it. 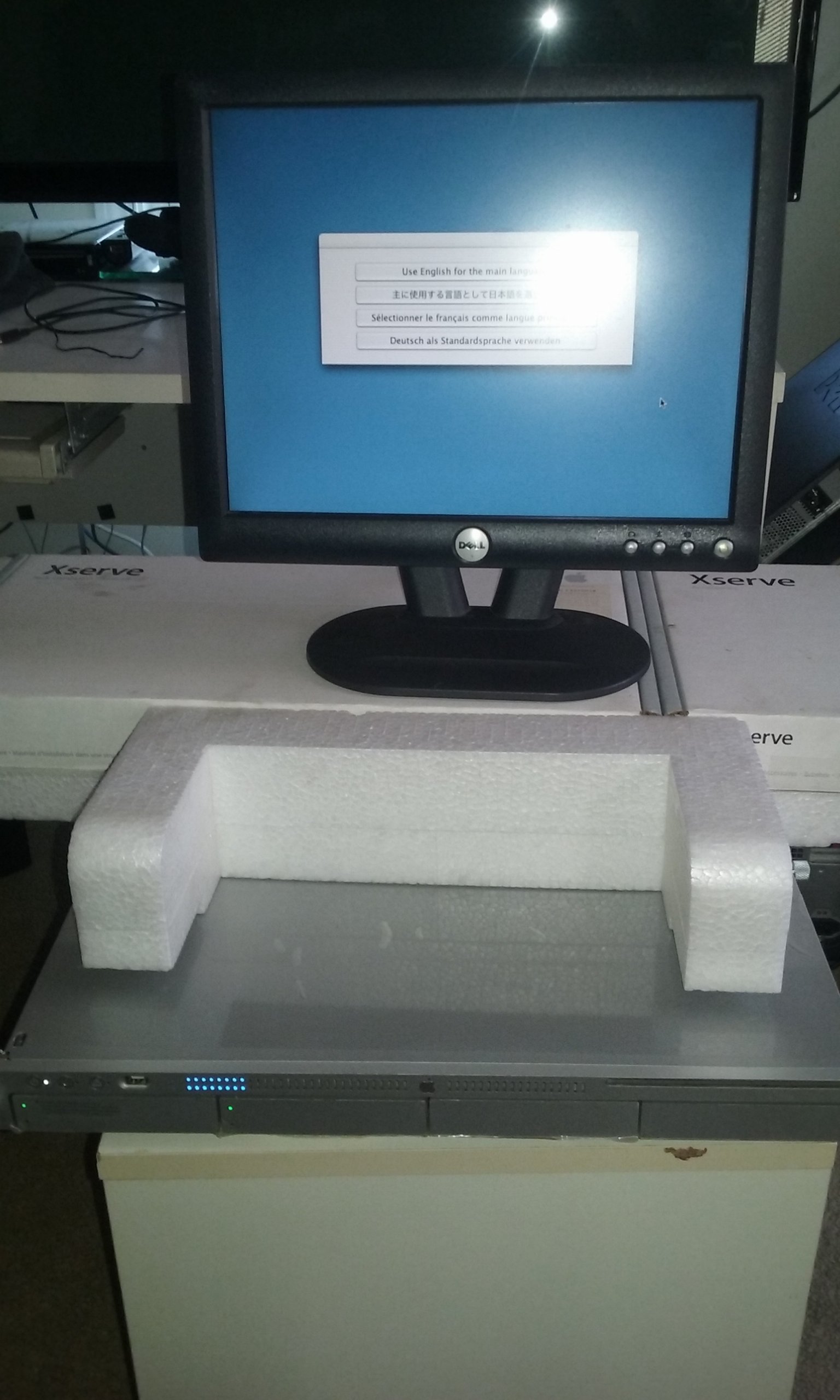 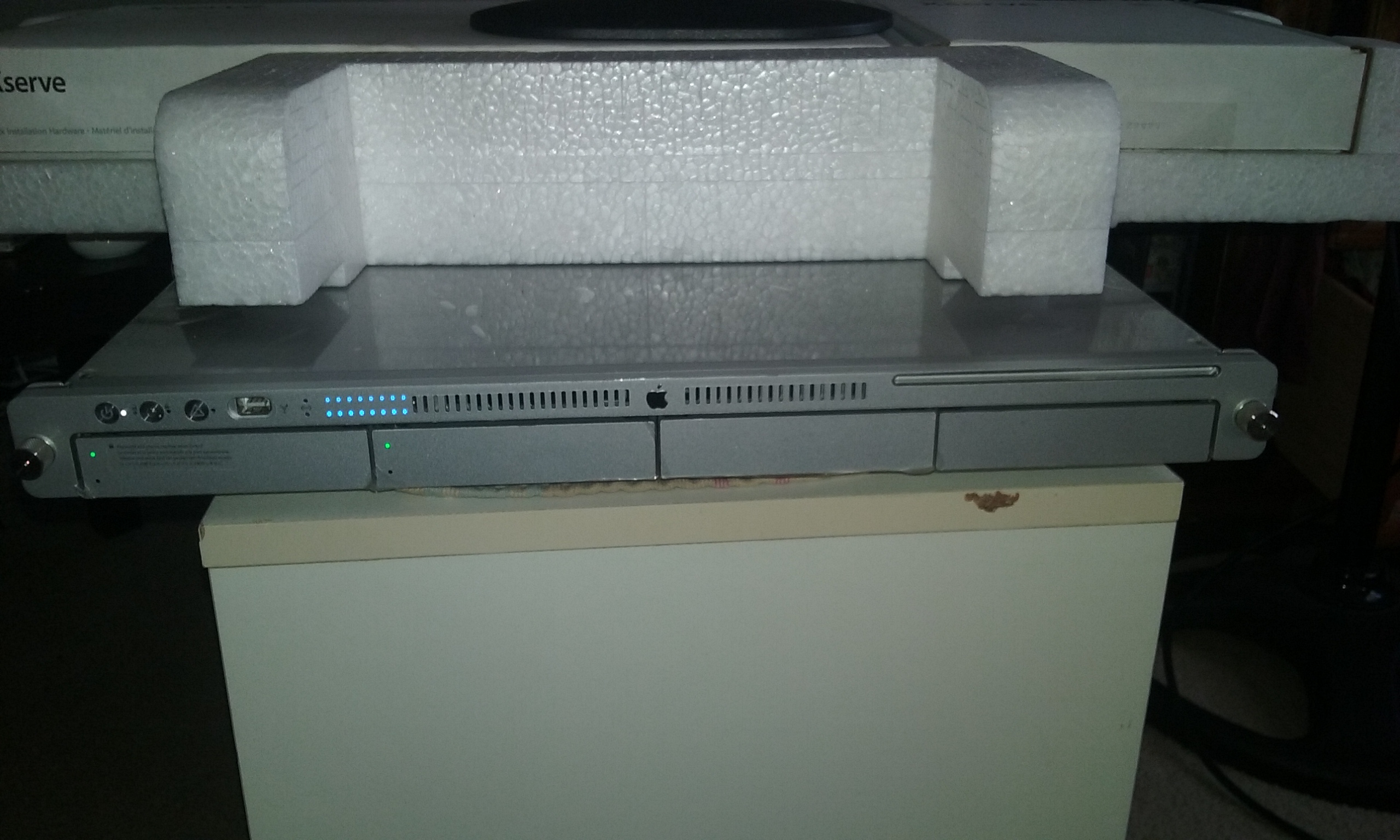 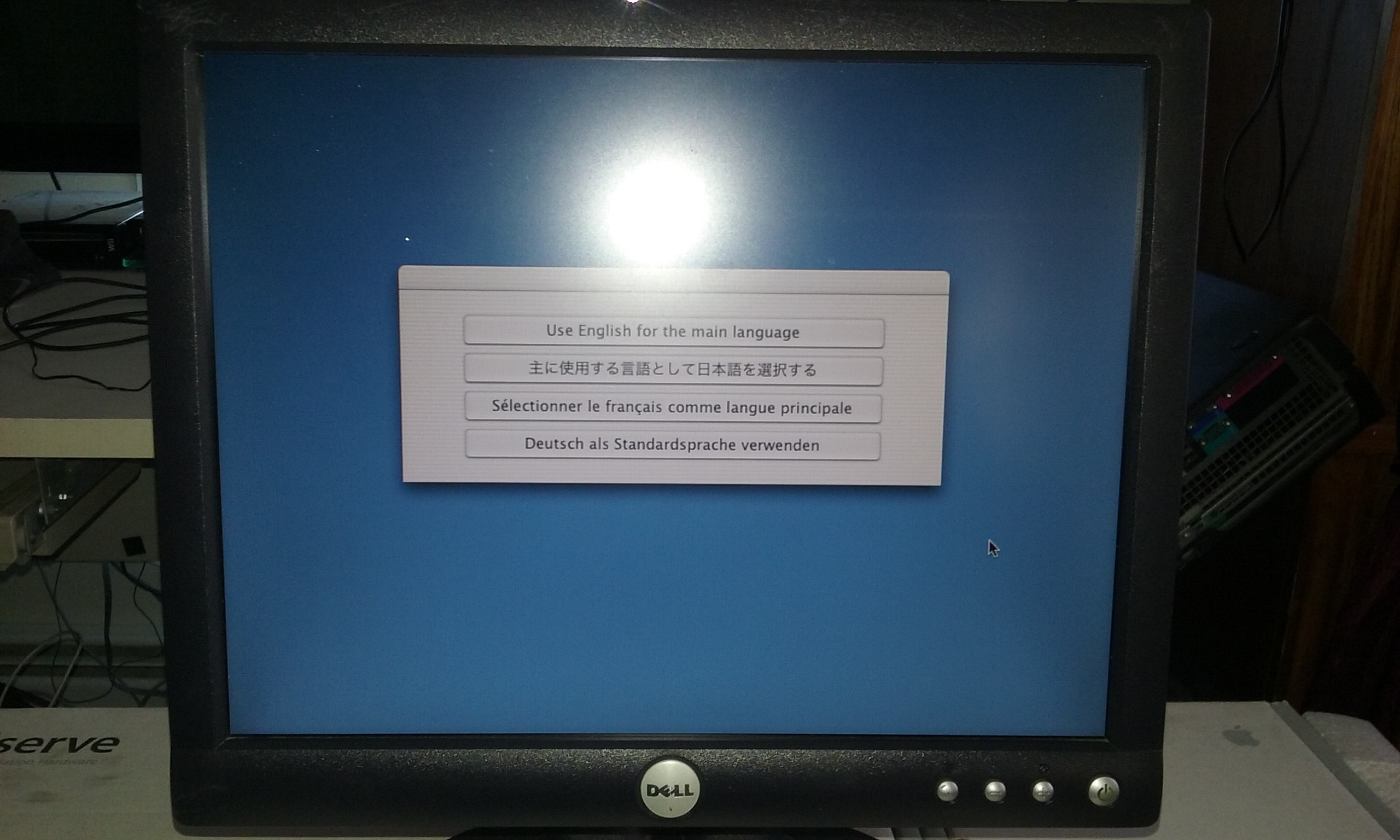 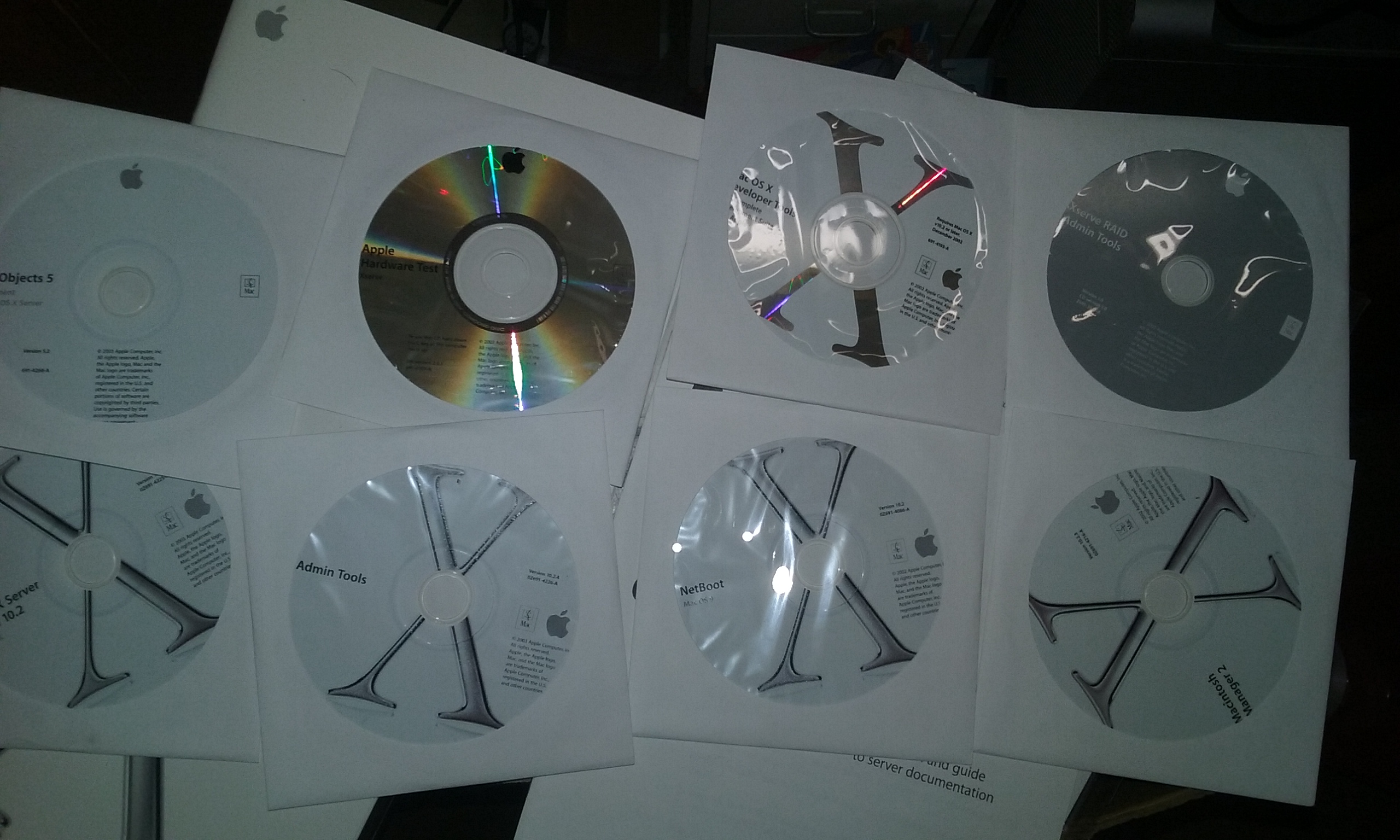 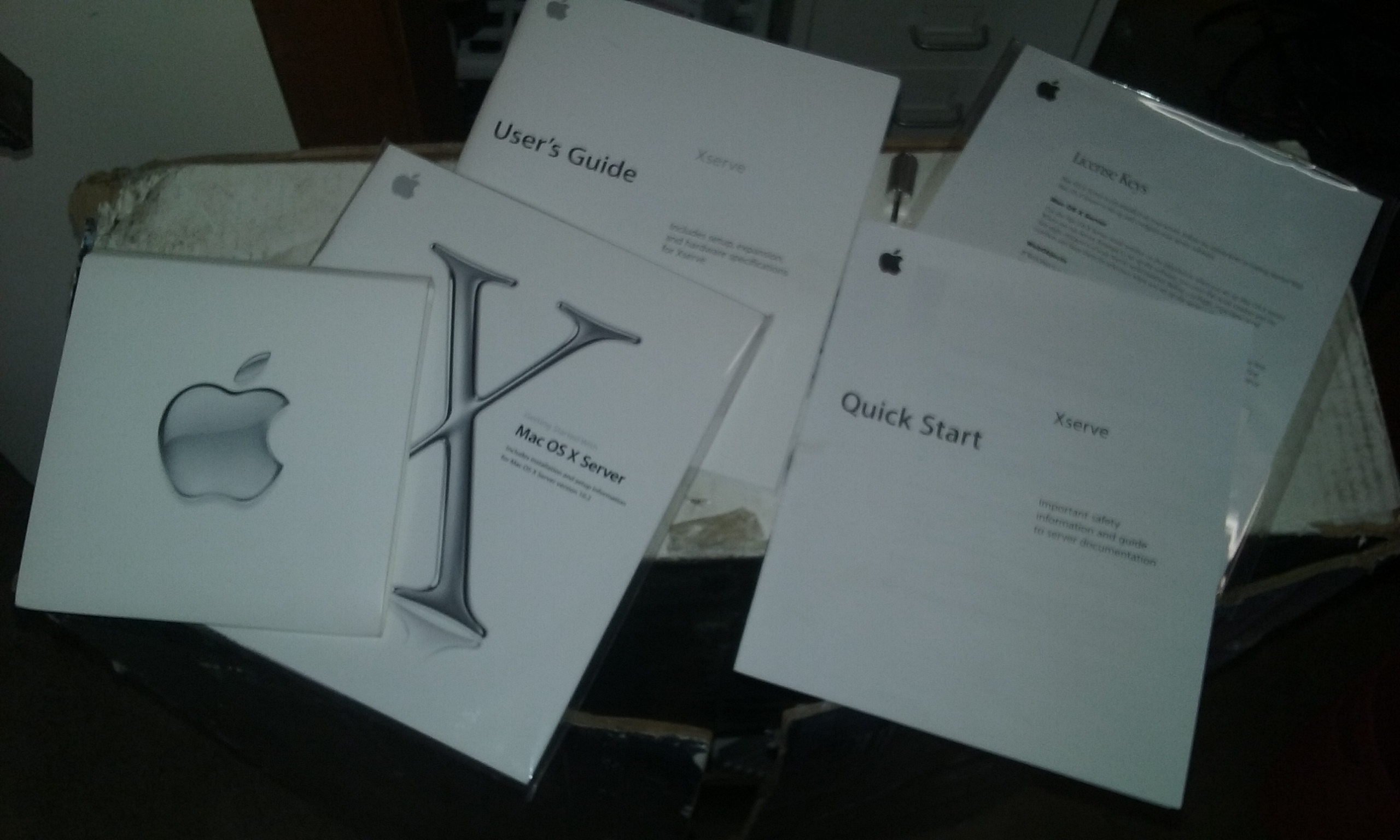 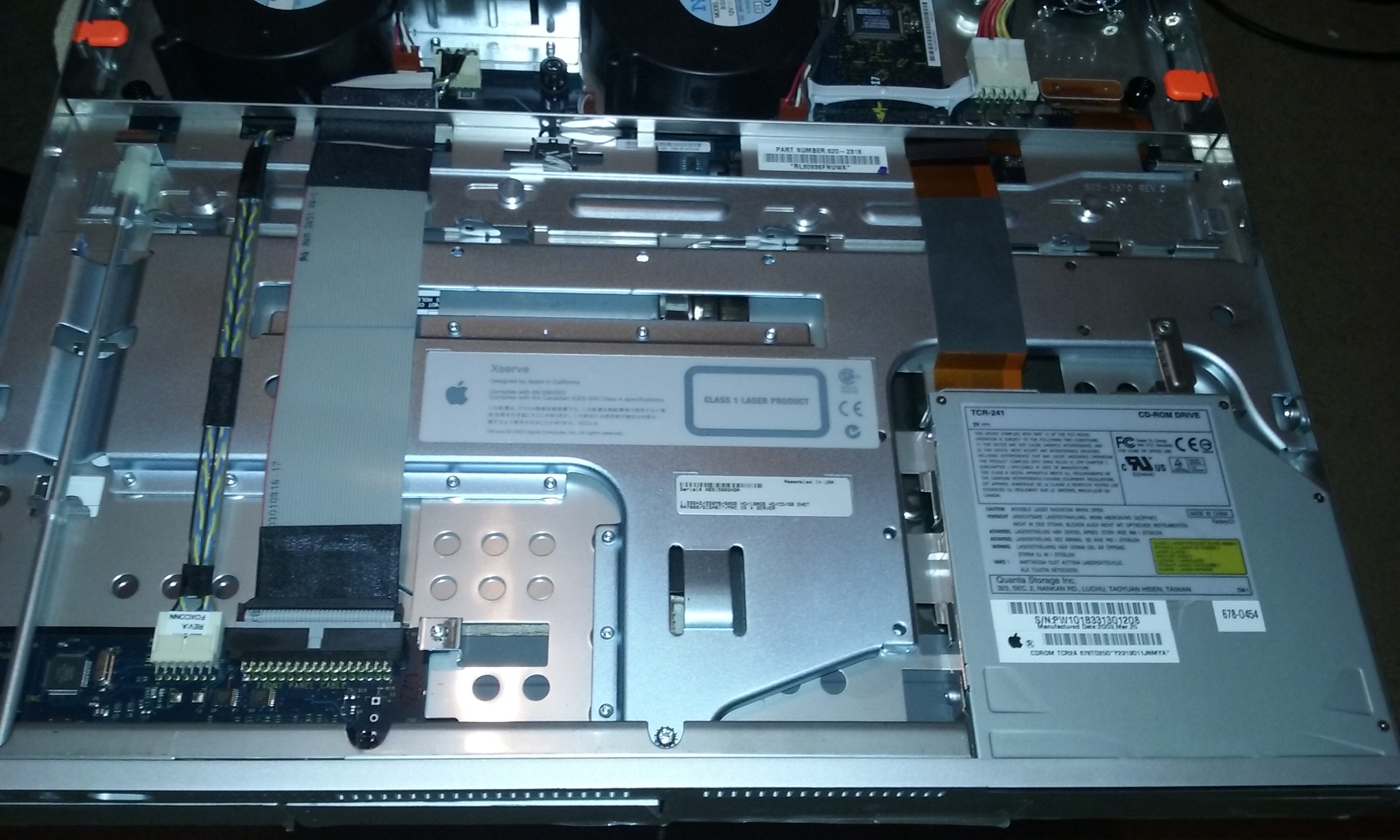 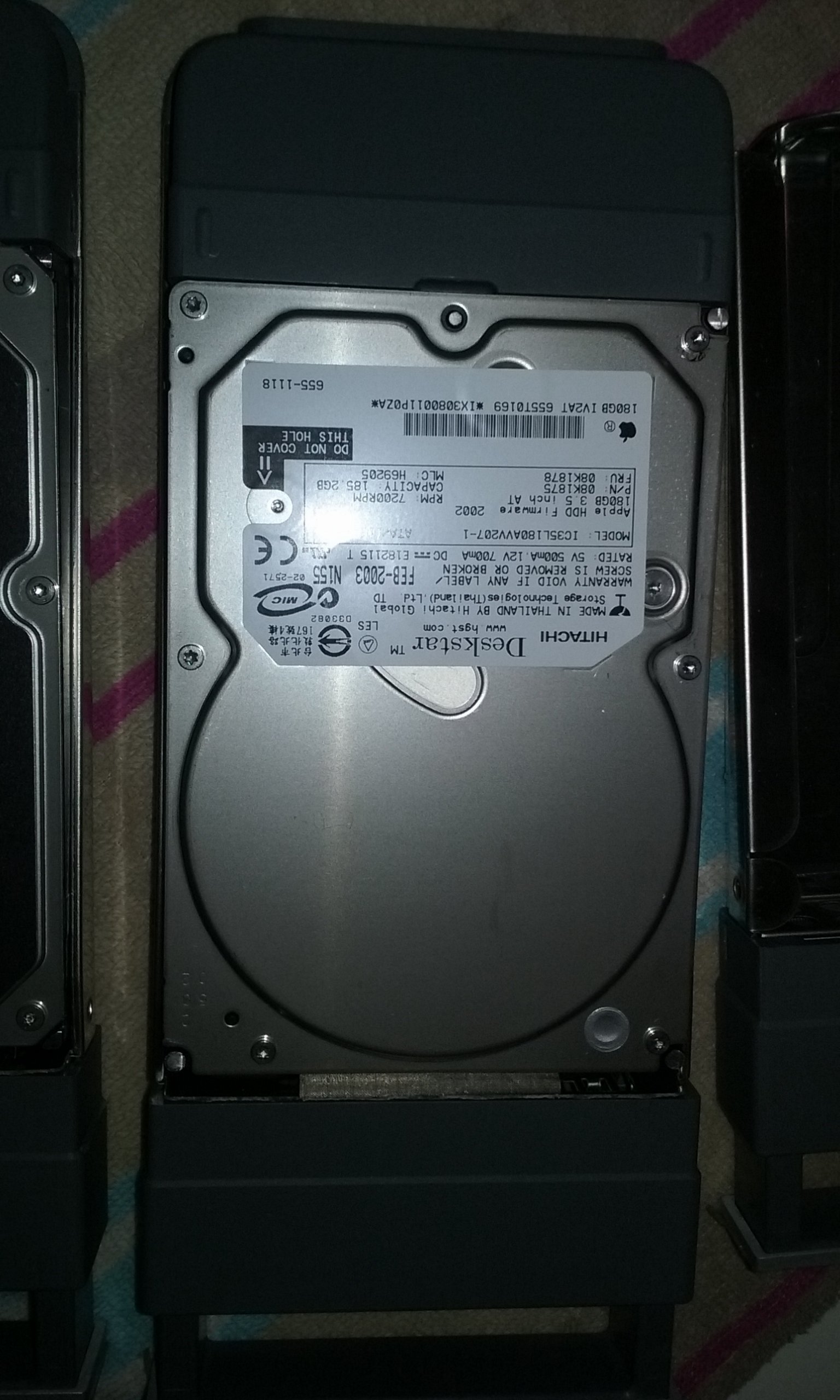 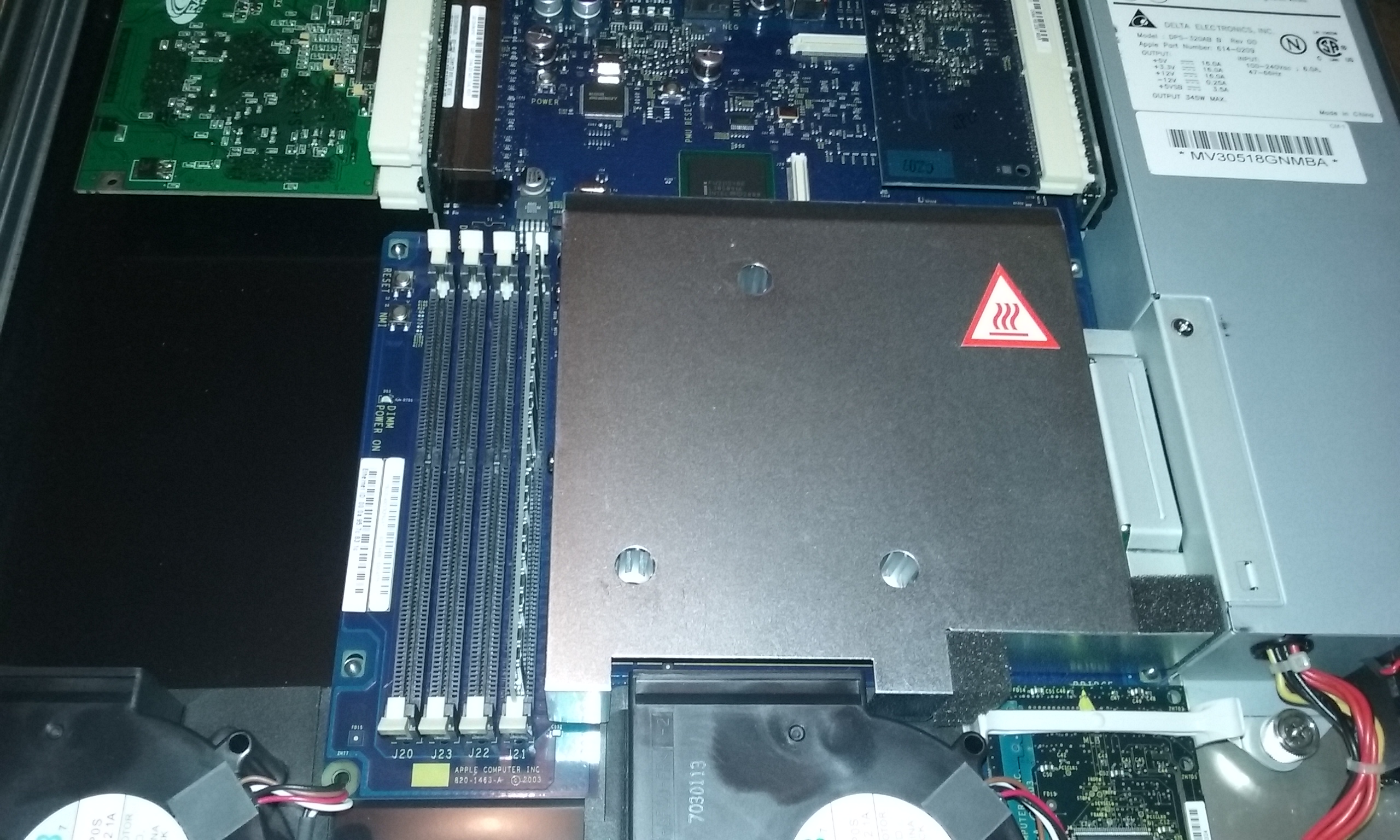 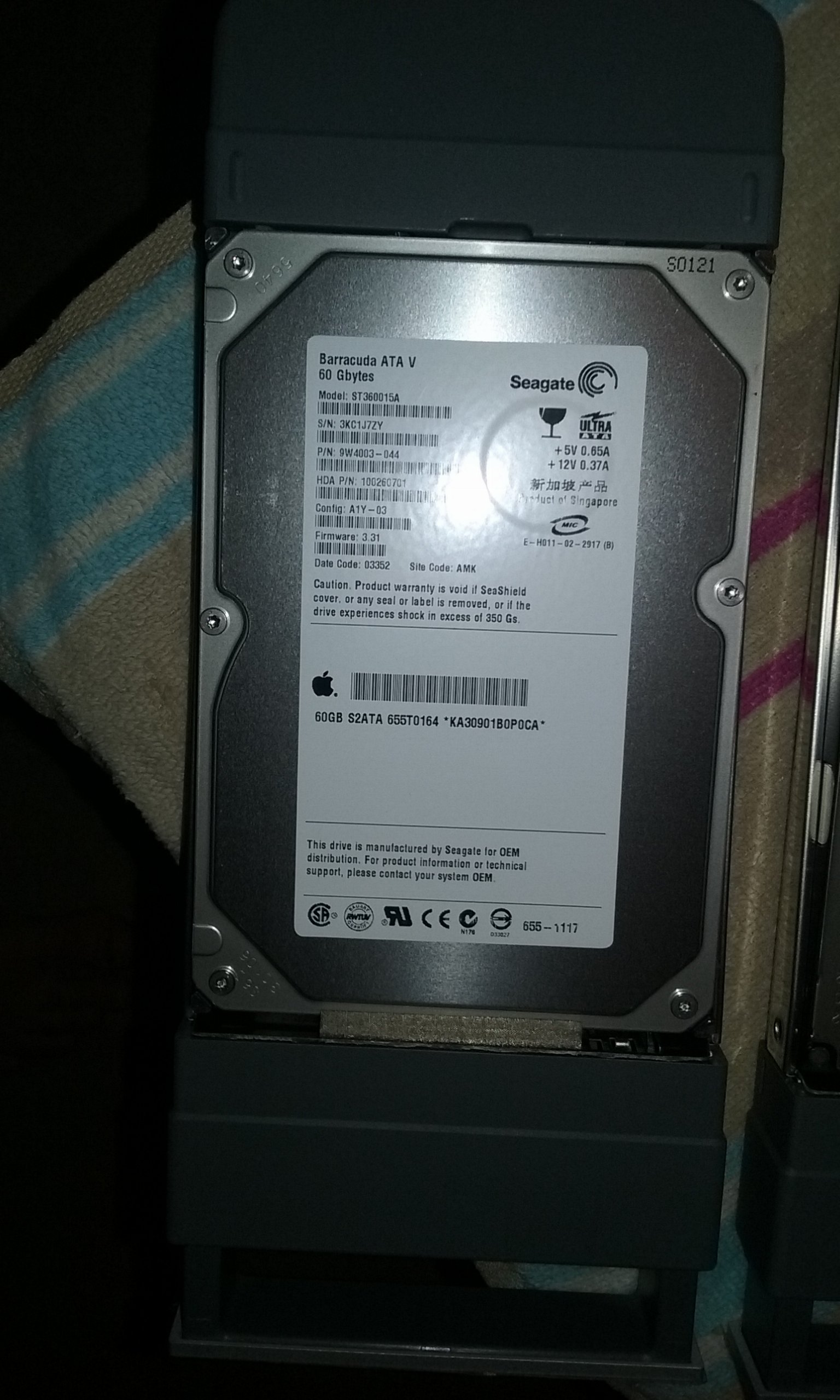 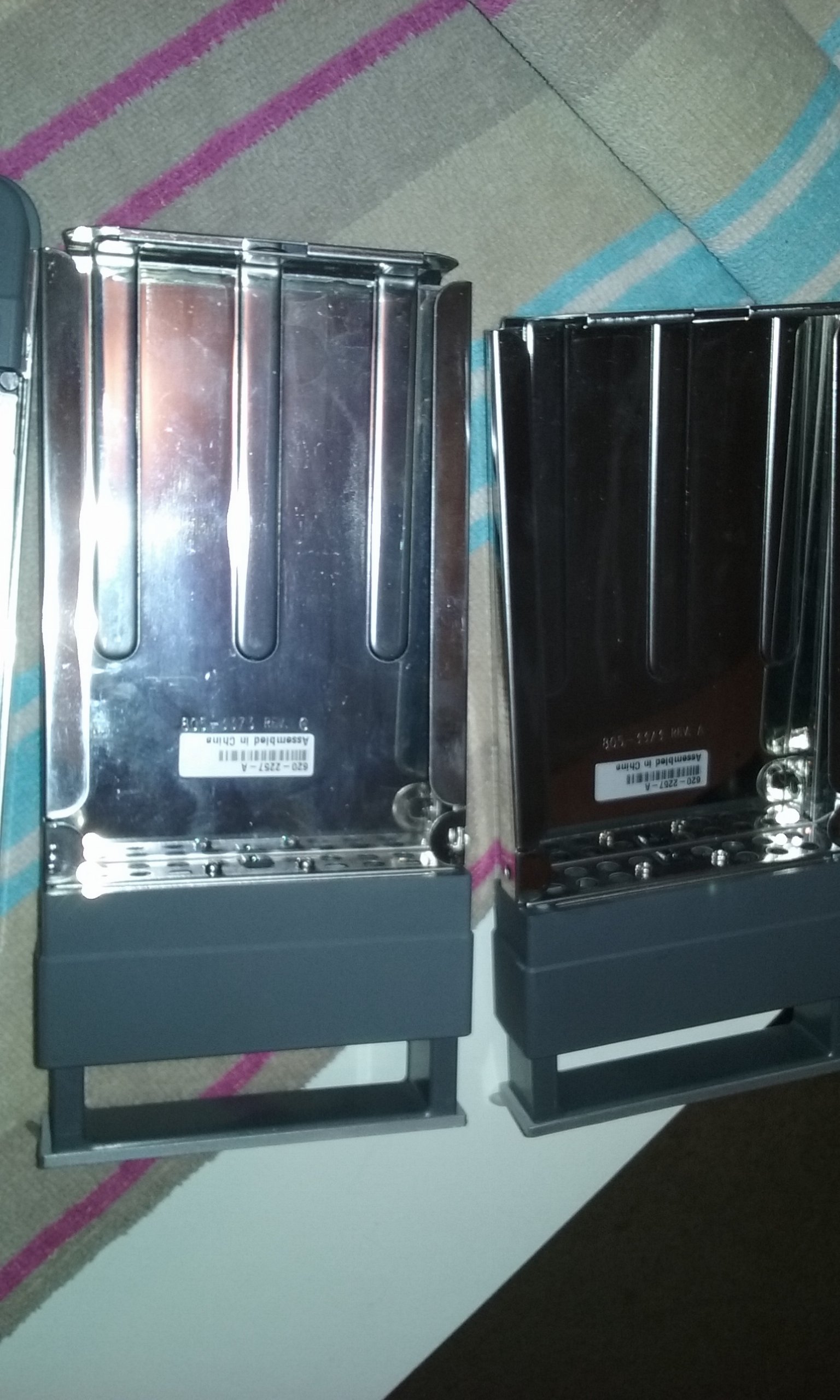 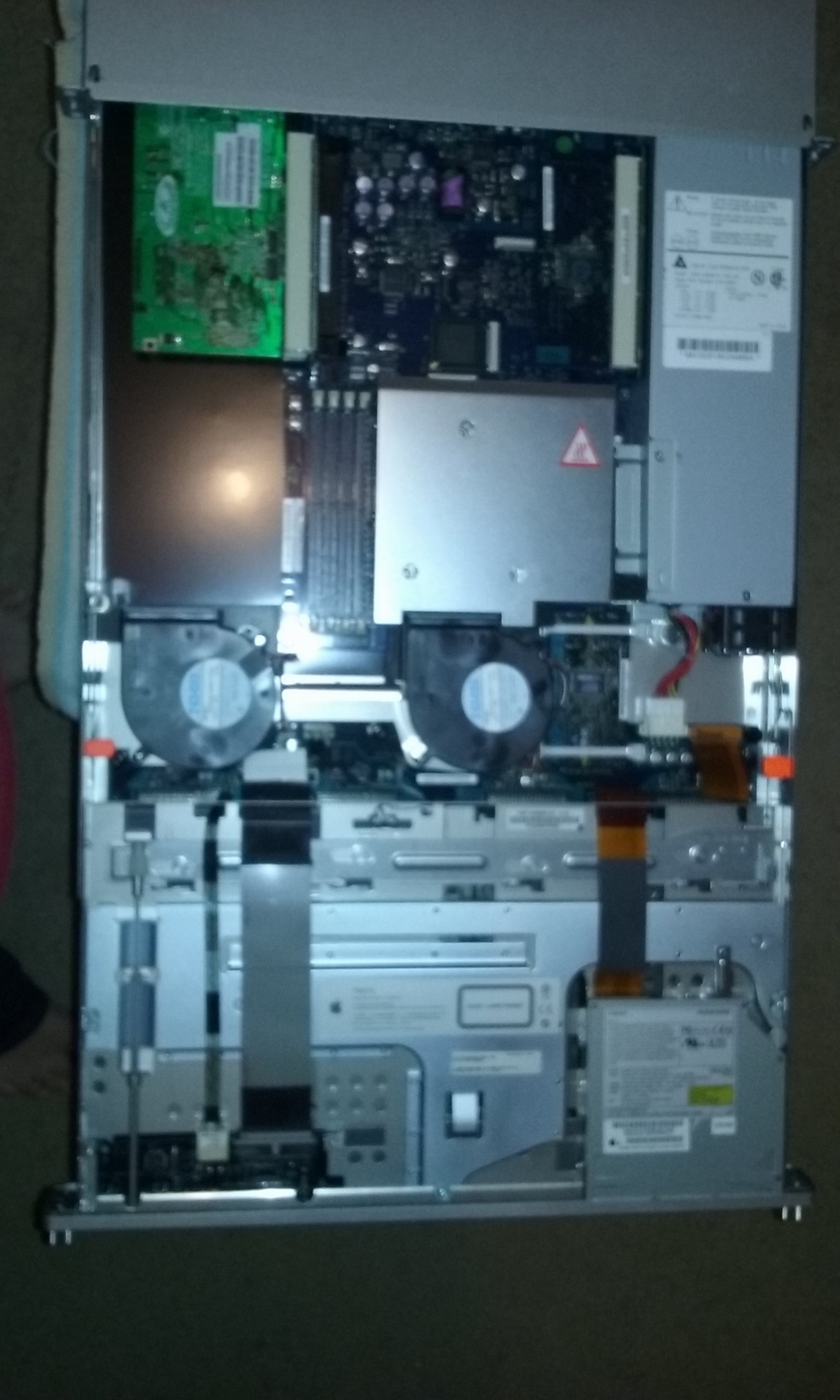 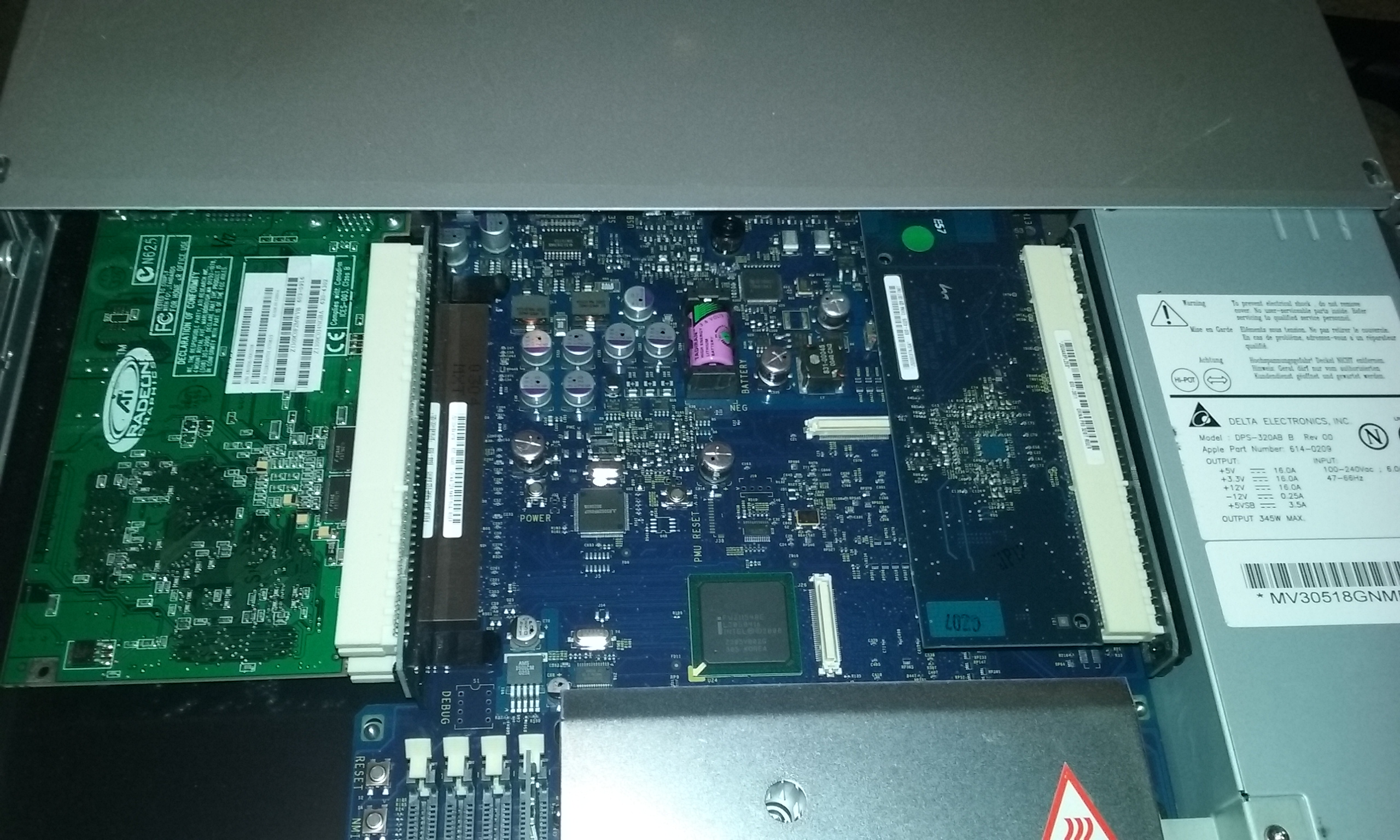 I don't know if it's worth anything as a collector but "new" old Apple gadgets are cool to find. Thanks for sharing!
Reactions: MichaelAudet
Comment

Its a story, and another mac to piss my wife off. I think its priceless!
Comment
M

MichaelAudet said:
Its a story, and another mac to piss my wife off. I think its priceless!
Click to expand...

Yeah, I finally got an XServe recently. Once the size and noise became apparent either I or the Xserve had to move to back porch.
Reactions: MichaelAudet
Comment

I love the Xserve - I had one a few years ago and it was easily the coolest server in the rack. Not sure I'd want one at home though as I remember it having very loud fans
Comment

MacVidCards said:
Yeah, I finally got an XServe recently. Once the size and noise became apparent either I or the Xserve had to move to back porch.
Click to expand...

This g4 isn't that bad noise-wise, both of my late 2006 3.0 ghz xeon Xserves are very loud. I prefer the sound any day compared to children trying to kill eachother or nagging.
[doublepost=1463611236][/doublepost]

Phil A. said:
I love the Xserve - I had one a few years ago and it was easily the coolest server in the rack. Not sure I'd want one at home though as I remember it having very loud fans
Click to expand...

They are loud but very nice machines. My 2.3DP G5 is also loud under a load but quiet as a whisper when idle or under normal use. the only downside to the xserve is that at idle it is just as loud as the G5 at max load lol.
Comment
H

The first gen G4 unit must be very rare, and likely worth more as a collector item. The first gen were very loud, and can be easily ID'ed by their tray loading optical drive.

We had one had at work, bought it when they first were announced. Sounded like hair dryer...even at idle doing nothing.