I have a 190MM wrist and I am leaning towards 40mm Apple Watch 6. One reservation is the size recommendation for the smaller one tops at at 200 mm and I am wondering if it may be physically too small for me.I not thinking of display size or the look of it but will I be limited to what bands I could use or will they be too tight. This will be my first Apple Watch and I lack experience. Also because of Covid I am not able to try it on at the store. Advice appreciated. Thanks 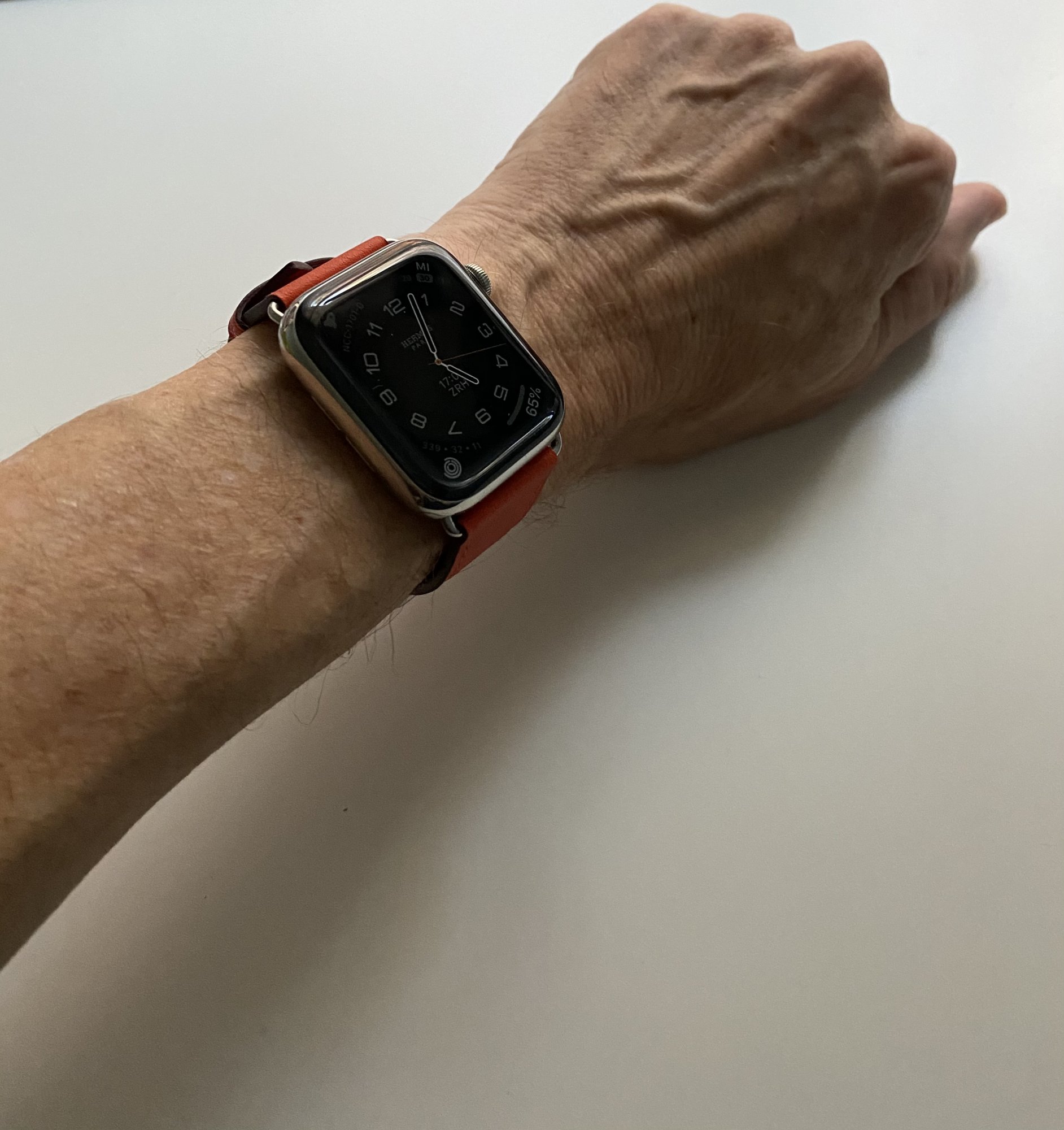 ... "your" Hermes in 44 mm on my very small wrist. Absolutely wearable. Disadvantage: I am punching a supplementary hole in EVERY band I own. Including the Hermès sports band! You will not have the punching problem with the 40mm :)

I just got an SE 44mm. My wrists are freakishly small for a man (152mm). Tried on my wife's 40mm series 4, but I have to say we both agreed it looks a bit dainty. The 44mm definitely looks better on me, and I like the screen size. That said, they had a series 6 + cellular in product red on amazon (40mm) for $389, I was severely tempted. I could probably have gotten away w/ that size... but ultimately the AOD just wasn't worth the extra ~$60 for me. I had blood ox on the Garmin Fenix 6X that I just sold and NEVER used it, and EKG is a gimmick that my wife only used like 2x since owning her series 4.
You must log in or register to reply here.
Share:
Facebook Twitter Reddit Email Share Link
Register on MacRumors! This sidebar will go away, and you'll see fewer ads.
Sign Up
Top Bottom