I've had my 1st gen TC since its been released and its been running flawlessly for many years. I've read many horror stories online about the TCs breaking down but fortunately I've had no issues. at this time the 1tb hd isn't enough for my backup needs so I'm installing a 2tb western digital caviar green hard drive.
I'm also doing a fan mod by cutting a hole in the metal tray to allow better airflow. overall the install was pretty easy and took about half a day. i must warn you guys its not the prettiest job and i would do somethings differently if i had to do it again. 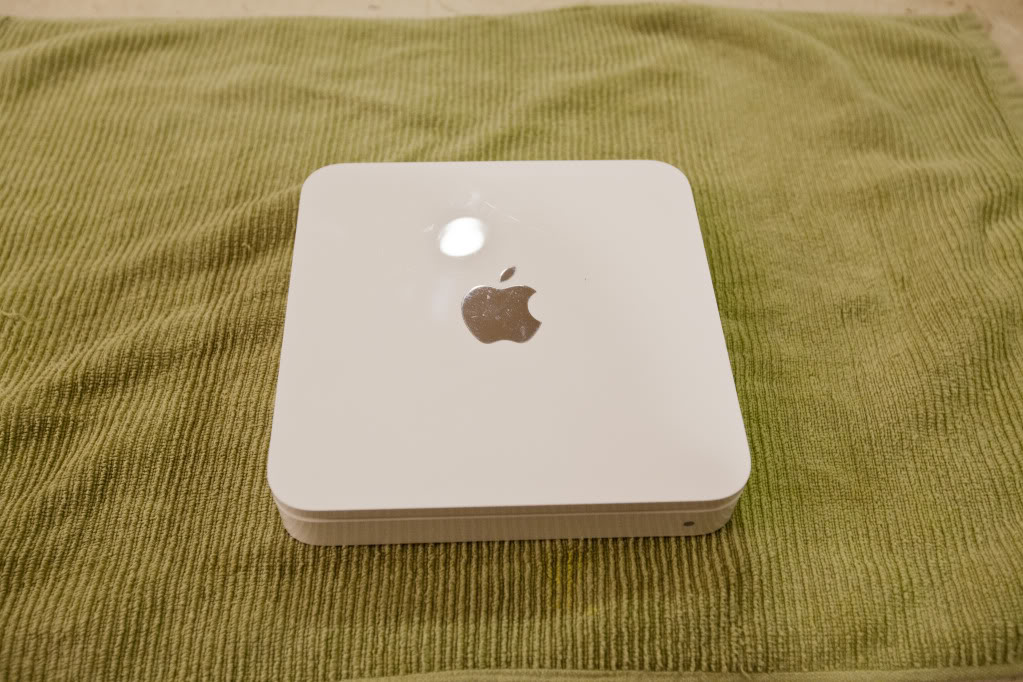 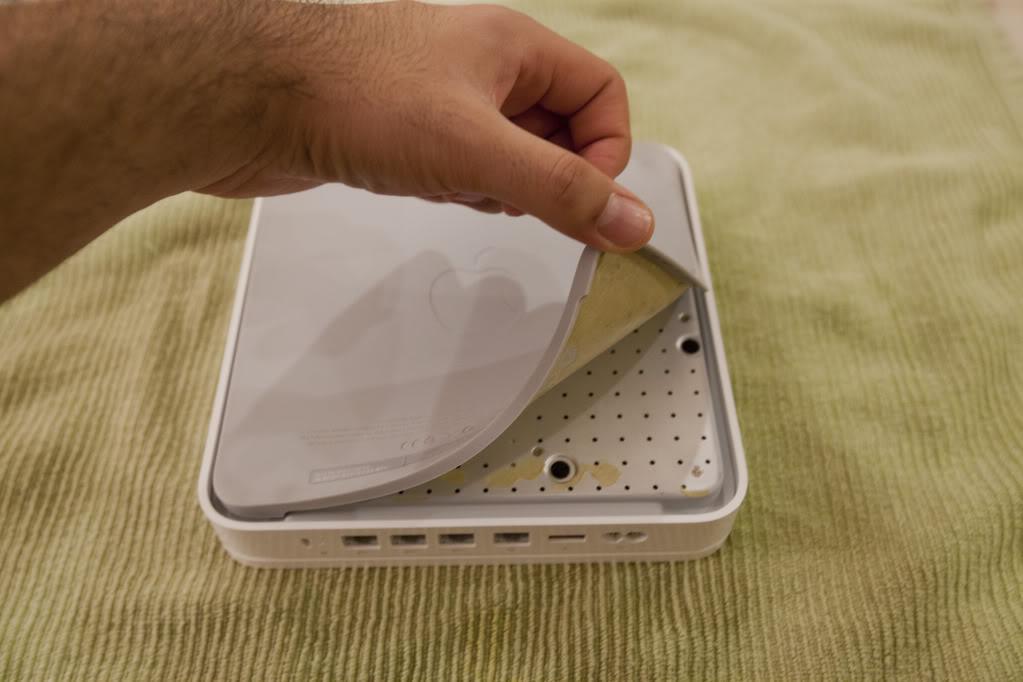 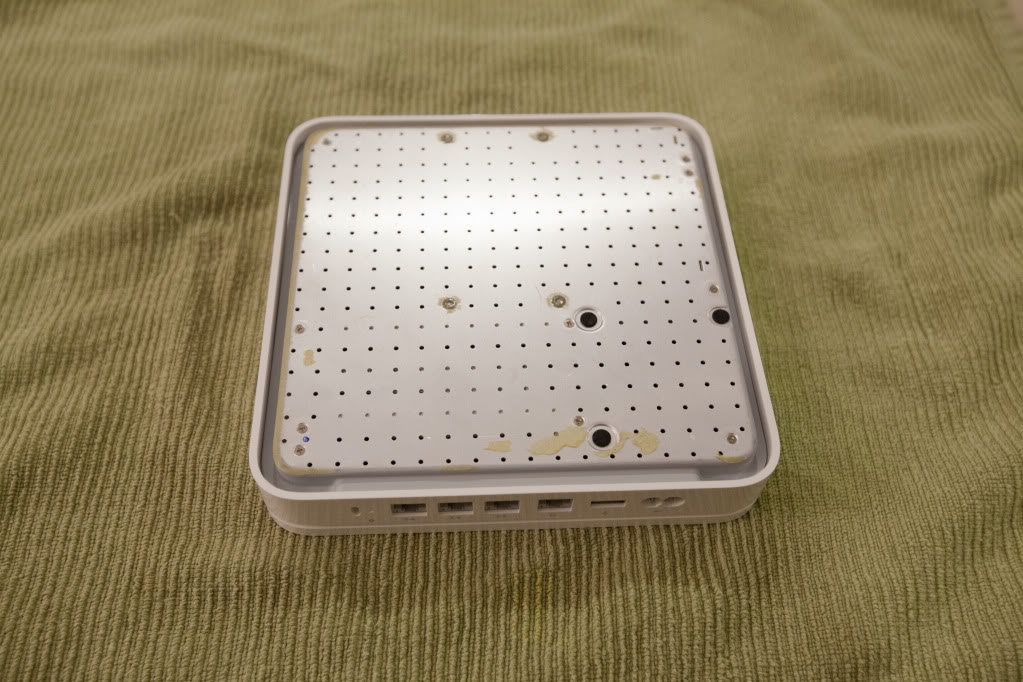 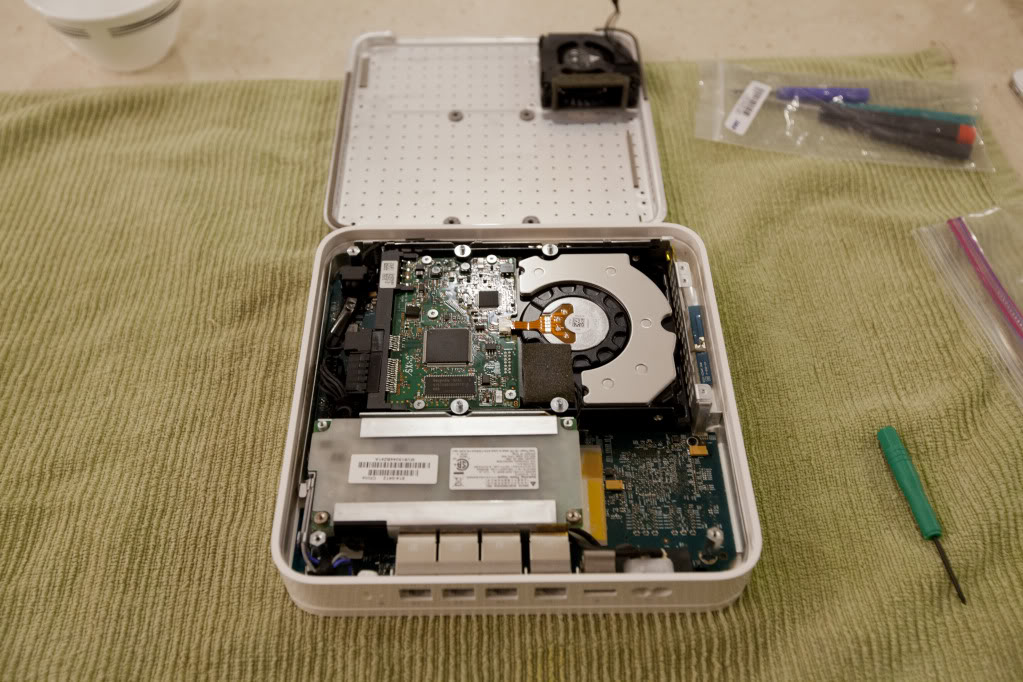 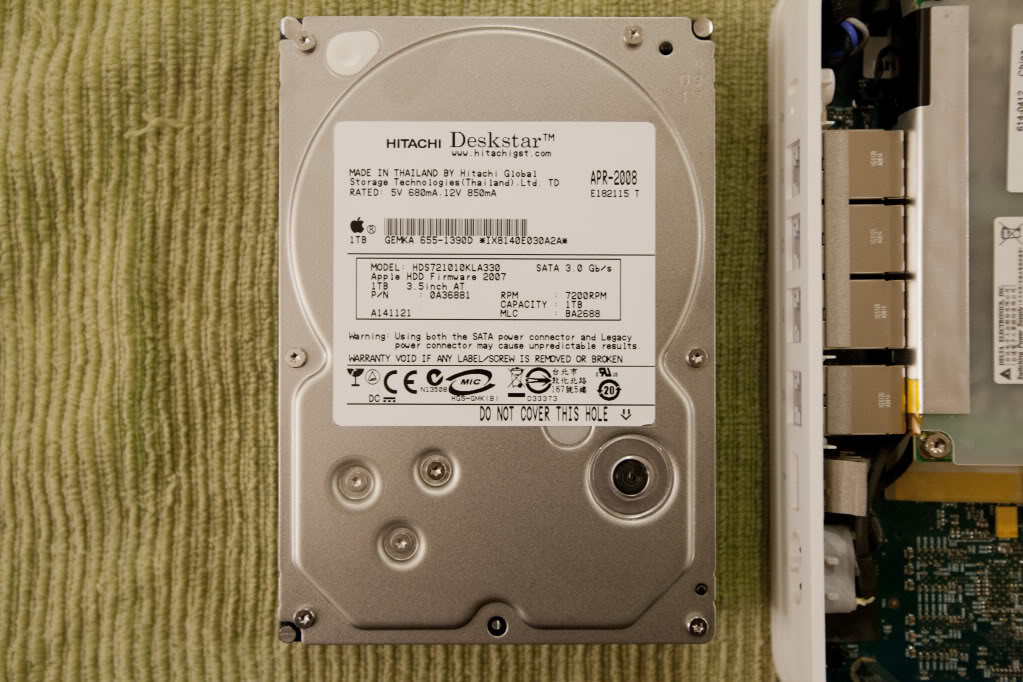 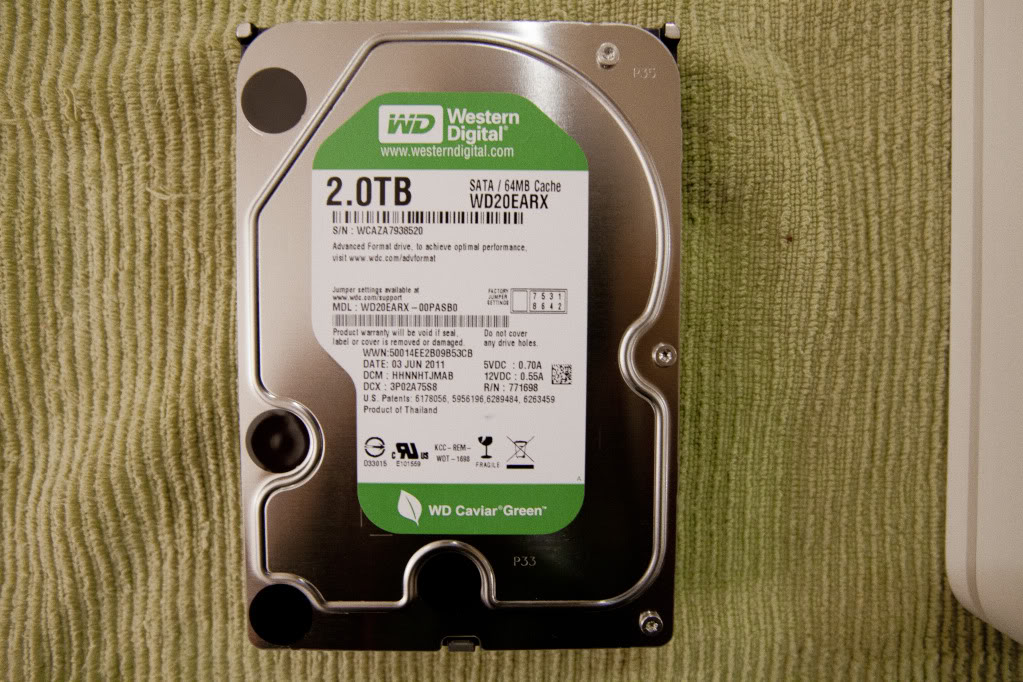 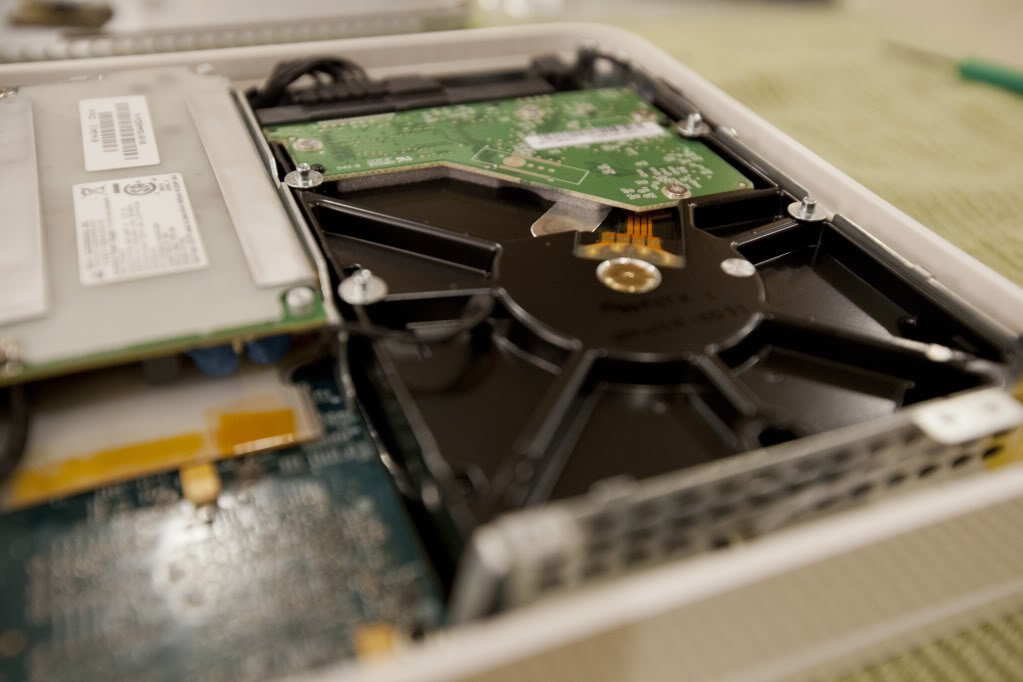 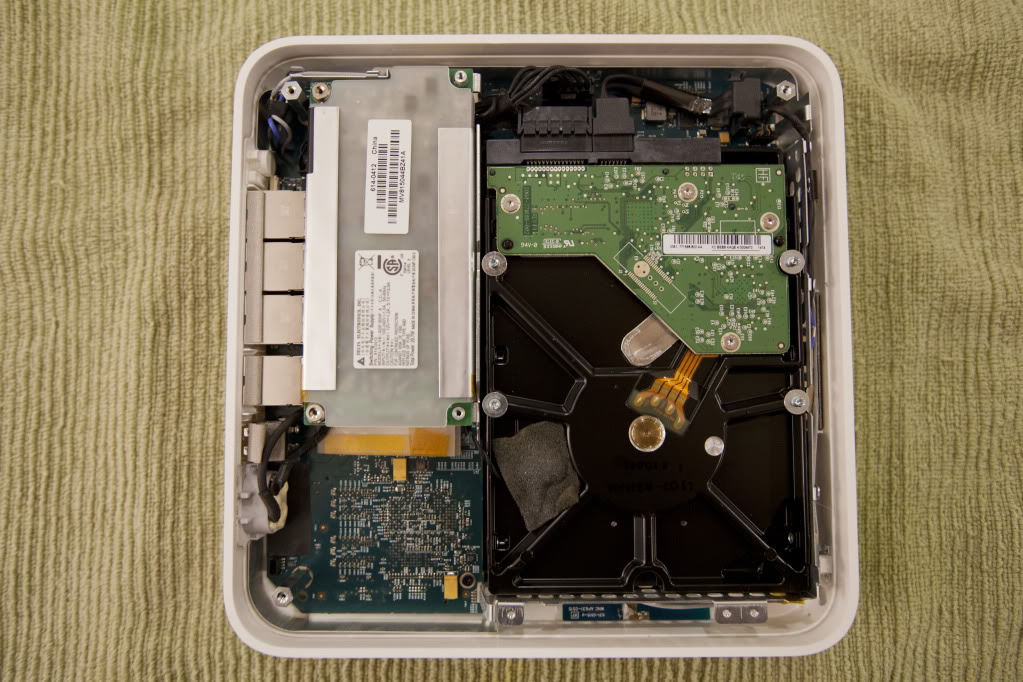 remove the fan by pushing out the rubber tabs. (its a lot harder to install the tabs back into the plate.i used a tiny bit of dish soup on each tab to help them slide in easier) 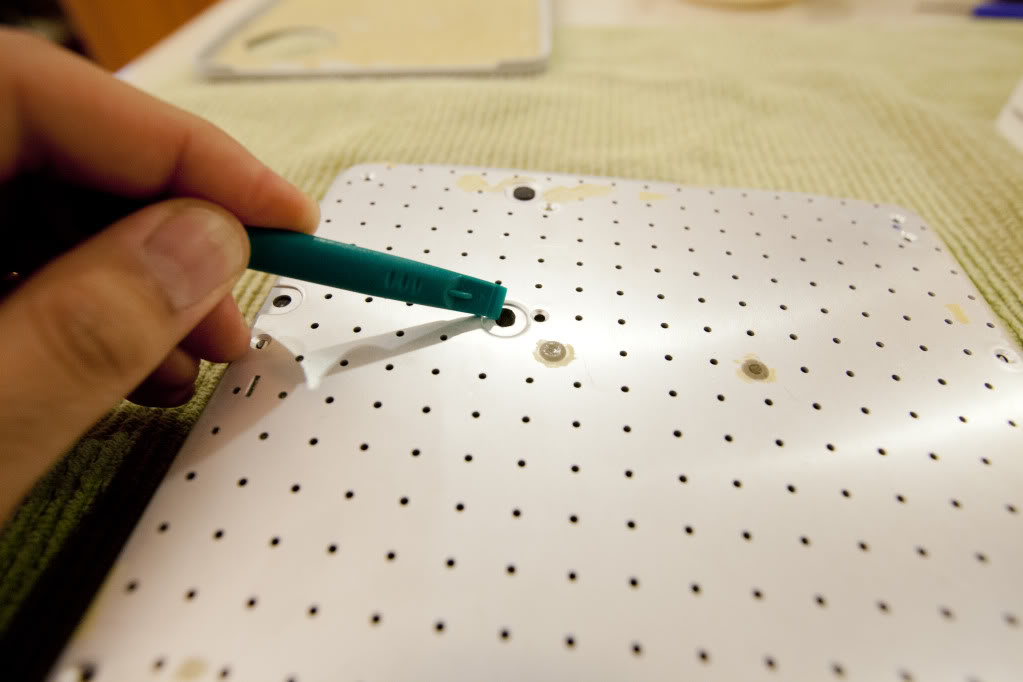 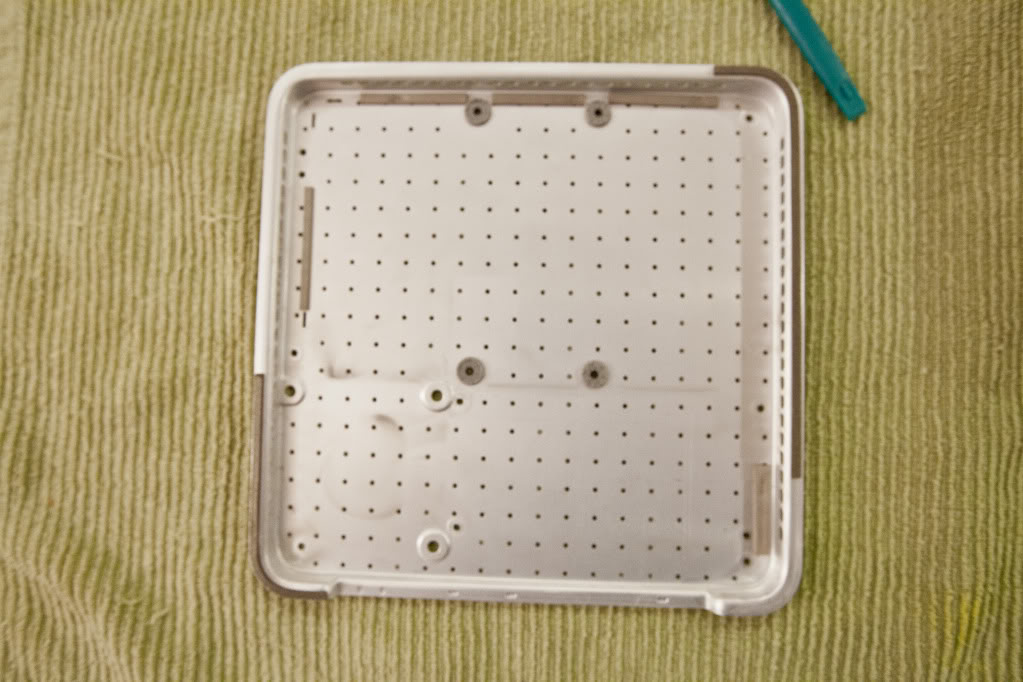 cut a hole in the rubber backing and metal tray 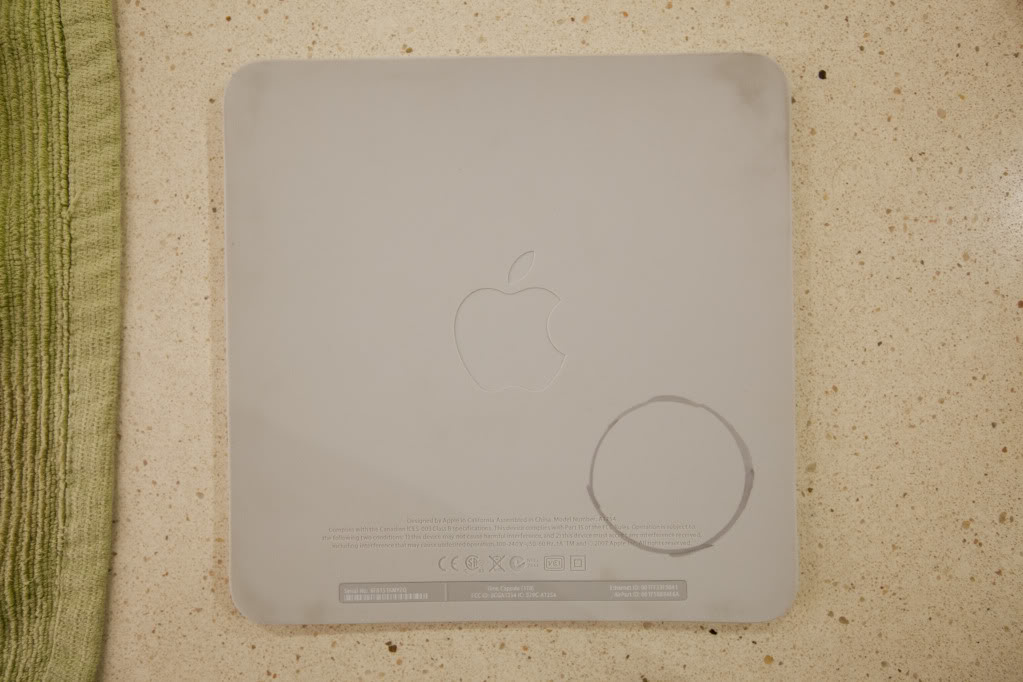 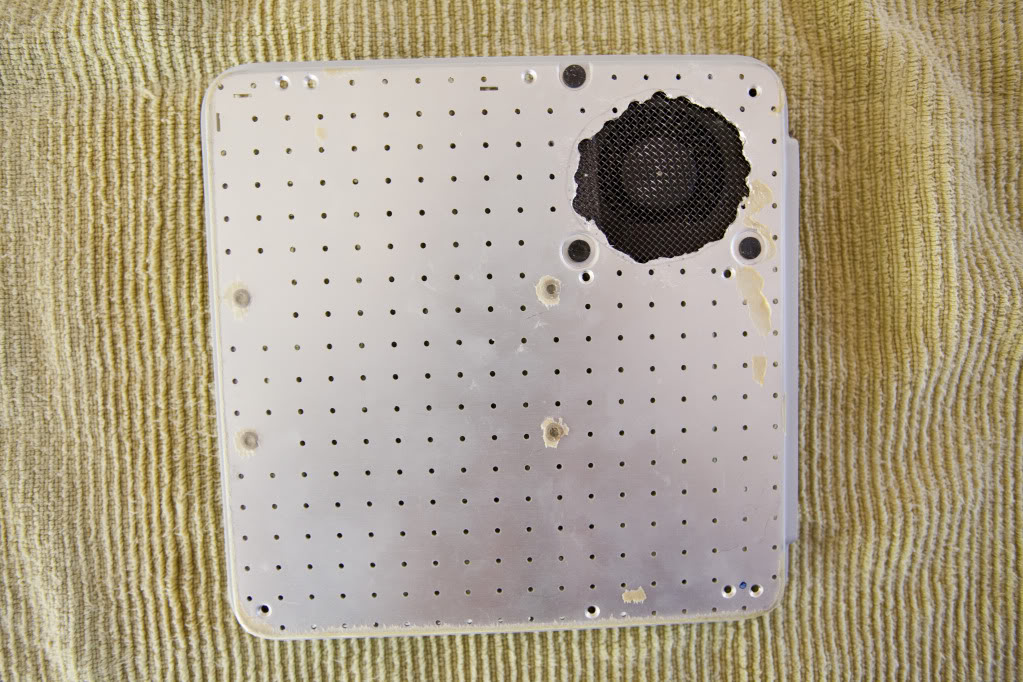 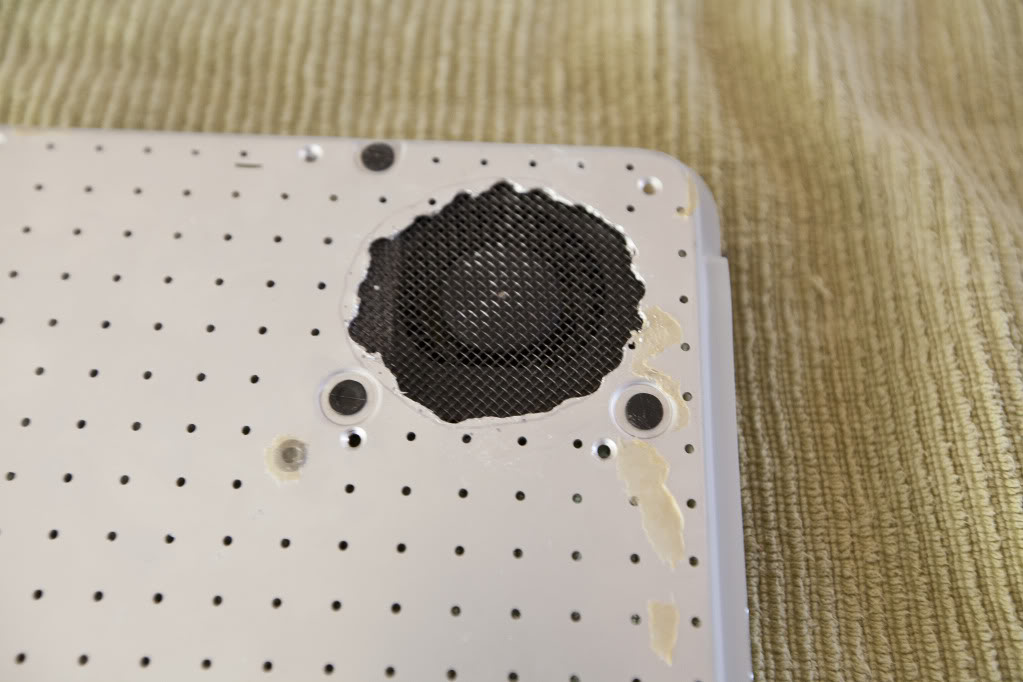 i also made 10 holes in the rubber where the screw holes are. doing this will allow me to open up the TC without pealing the rubber backing off. 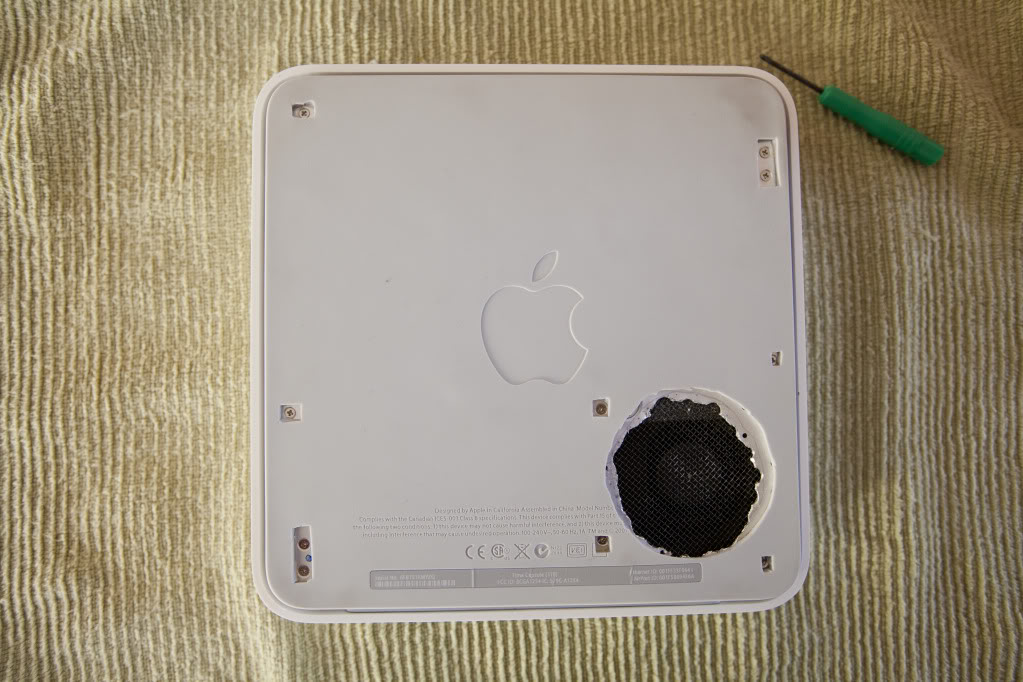 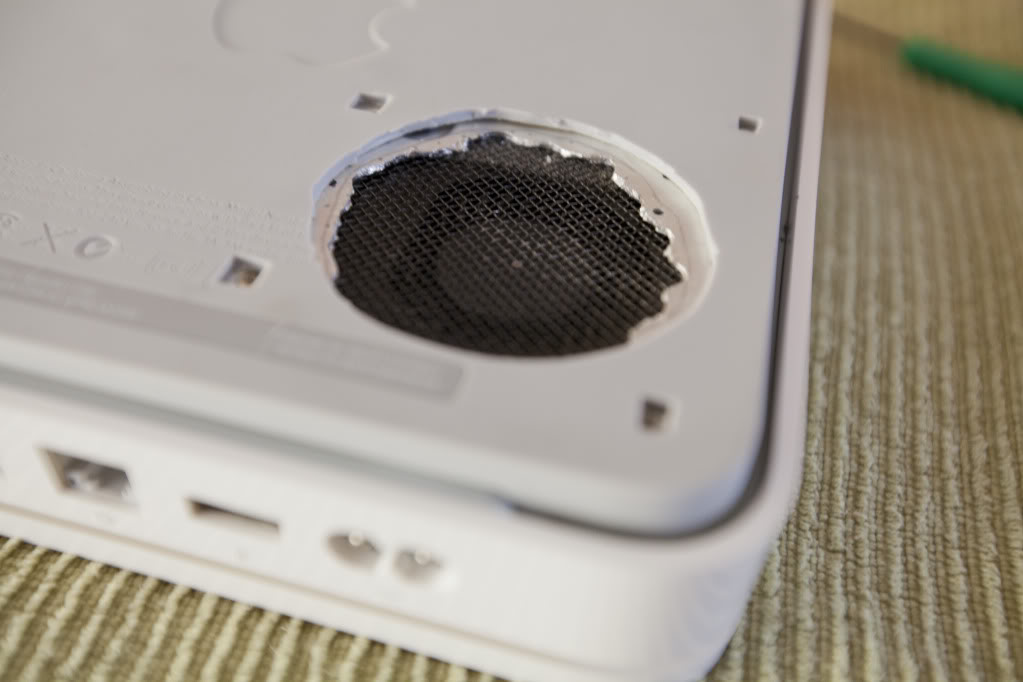 Im curious, what would you do differently, and do you know if you can add a 3TB drive?
S

Im curious, what would you do differently, and do you know if you can add a 3TB drive?
Click to expand...

thanks
what i meant was cut the metal tray in a way that it looked better. its not really a big deal because its on the bottom and not visible... yes you can add a 3tb drive or pretty much any 3.5" drive.

I don't know why I thought that the OS on the TC didn't accept bigger than 2TB. Yeah it looks kind of horrible, but the only time I have ever seem the bottom of my tc was when I installed it about 4 years ago! So who cares. Those things can run HOT, so I hope your vent helps.