This week I revived a 2007. 2,1 Dual Quad 3Ghz that a Japanese friend managed to cripple.

1. The CPU B ( lowerCPU ) 3 Ghz X5365 is definitely dead so I have removed it + heatsink & sealed the motherboard socket with plastic until a replacement arrives from AliExpress.

HDD 1. El Capitan 10.11.6 - Everything basically working OK except Facetime. I haven't checked every app
yet.

4. This is the shocker . . . the amount of DUST I found under the CPUs made me cringe involuntarily.

( For CPU novitiates, removing 2,1 CPUs & heatsinks is pretty easy as the CPU(s) are inserted to the socket and correctly tortioned by the CPU CLAMP. )

I advise everyone owning one of these old cMPs to think about devoting an afternoon to de-dust it thoroughly. Including the cheesegrater holes too ! - I'm serious.

This is what I found under the CPUs. 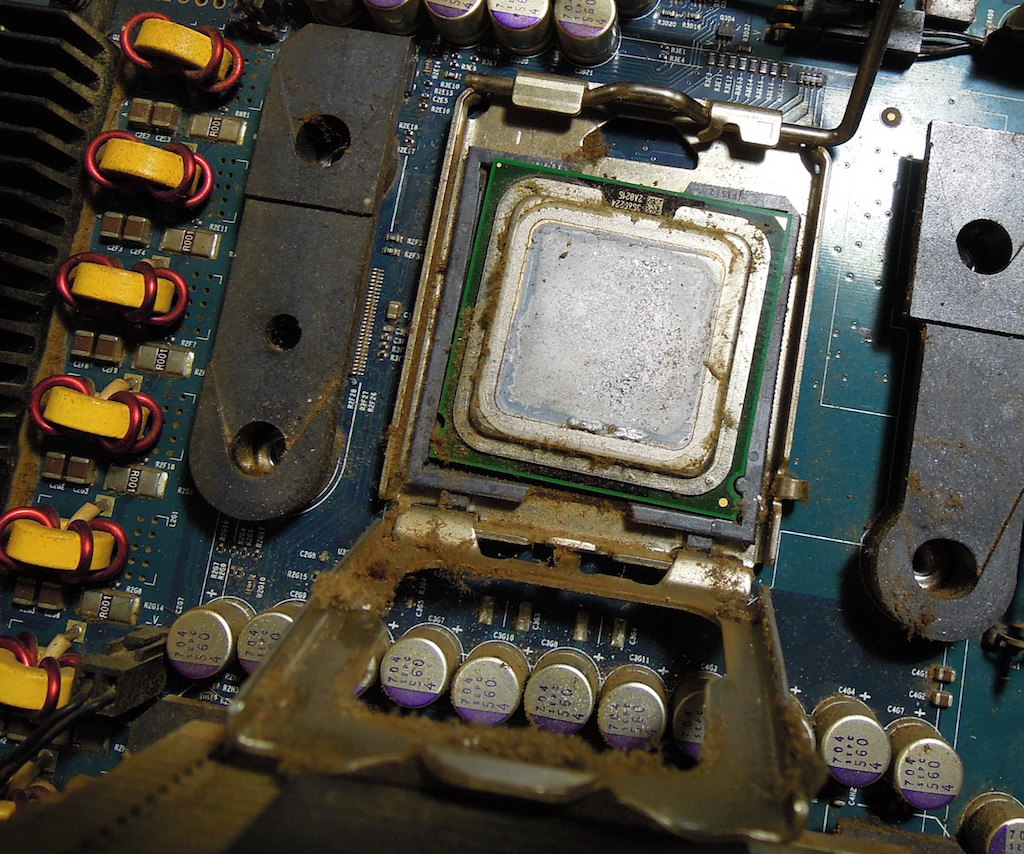 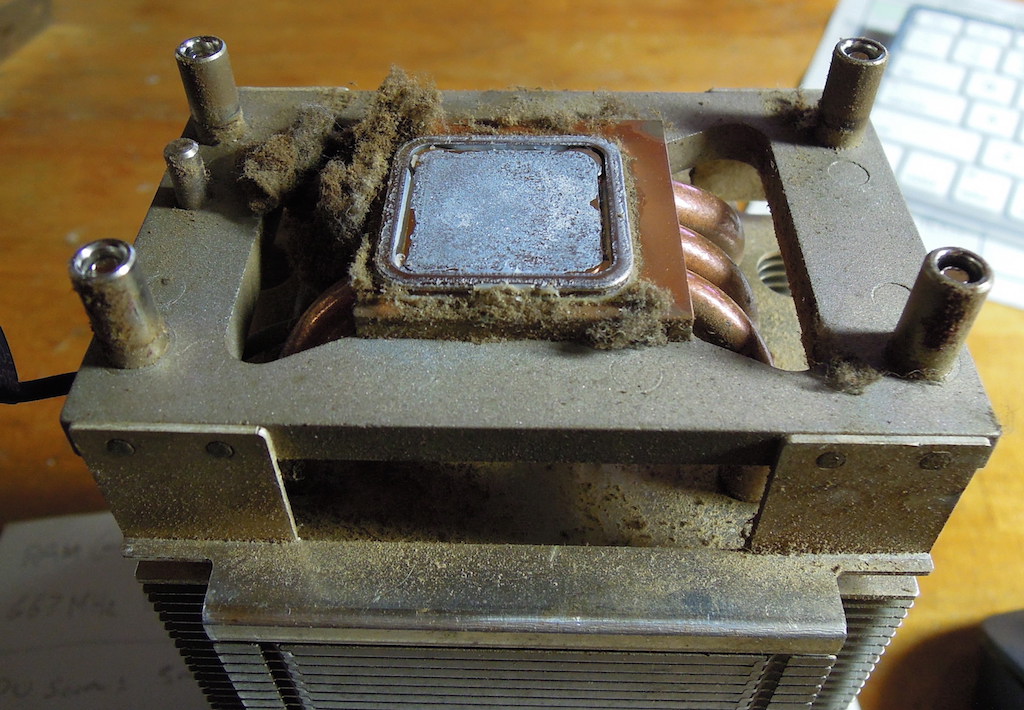 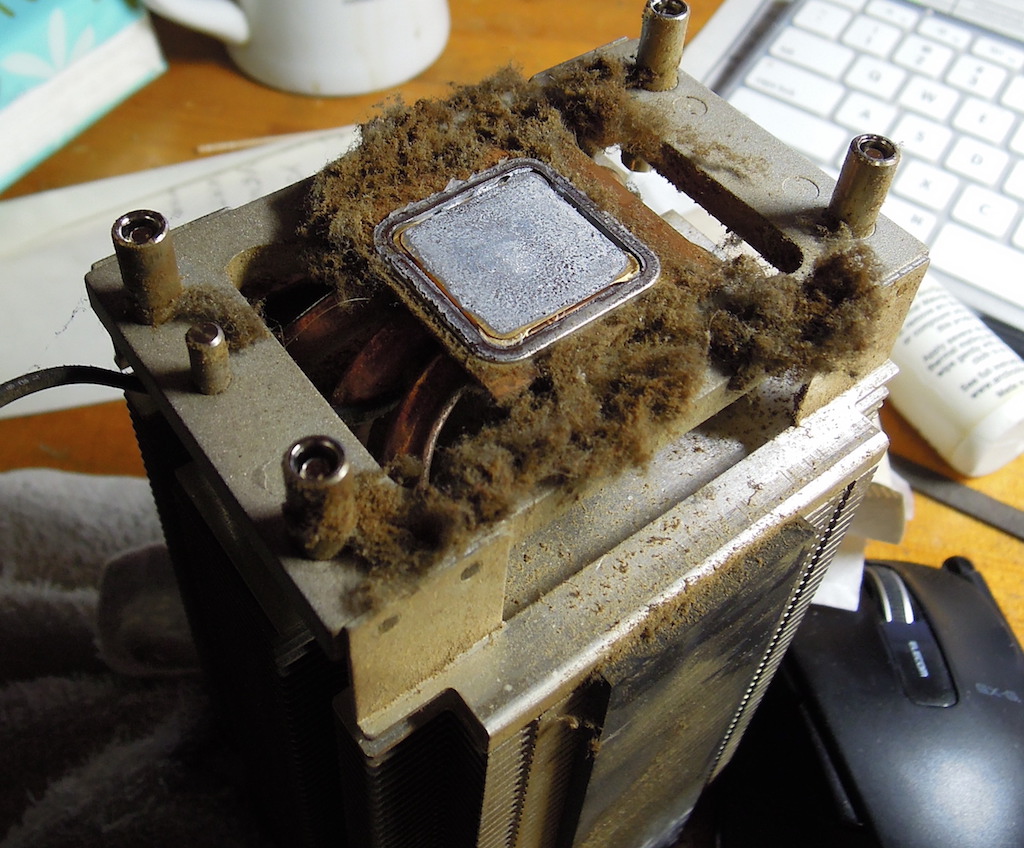 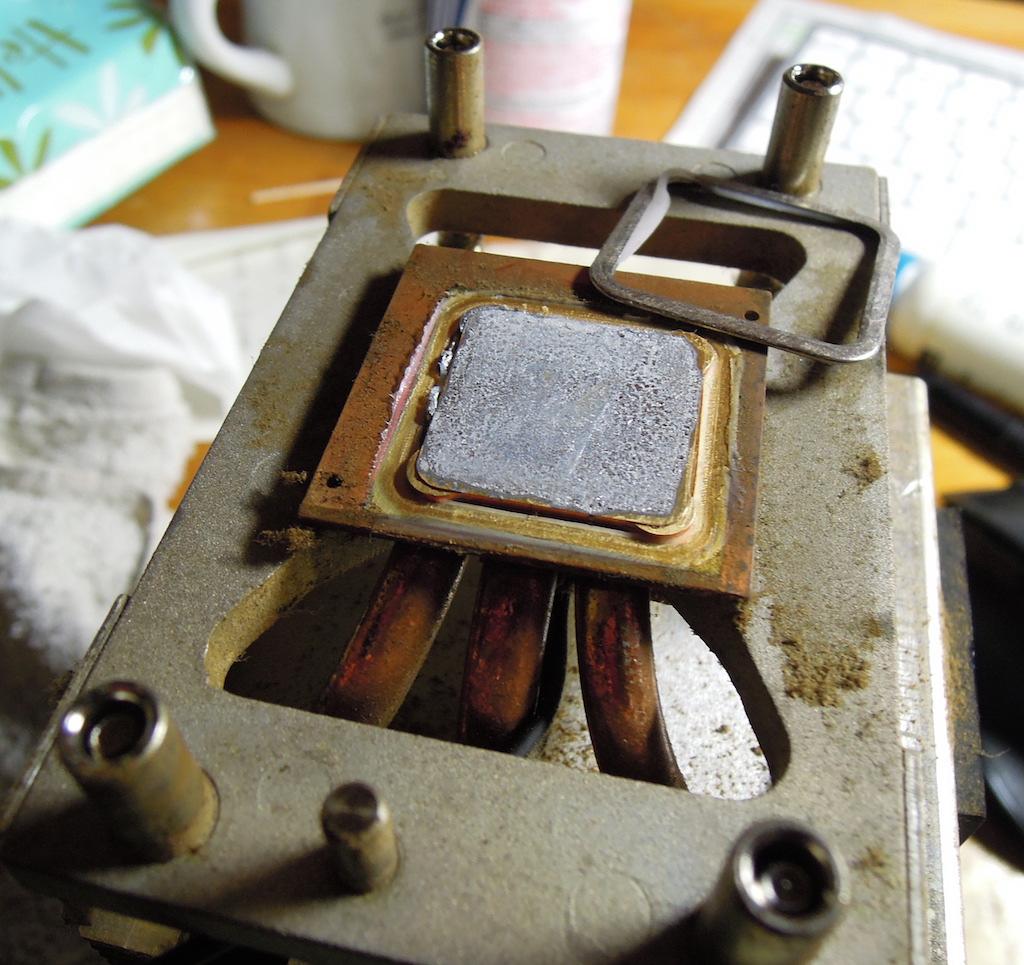 This photo was taken before final cleaning to mint condition. 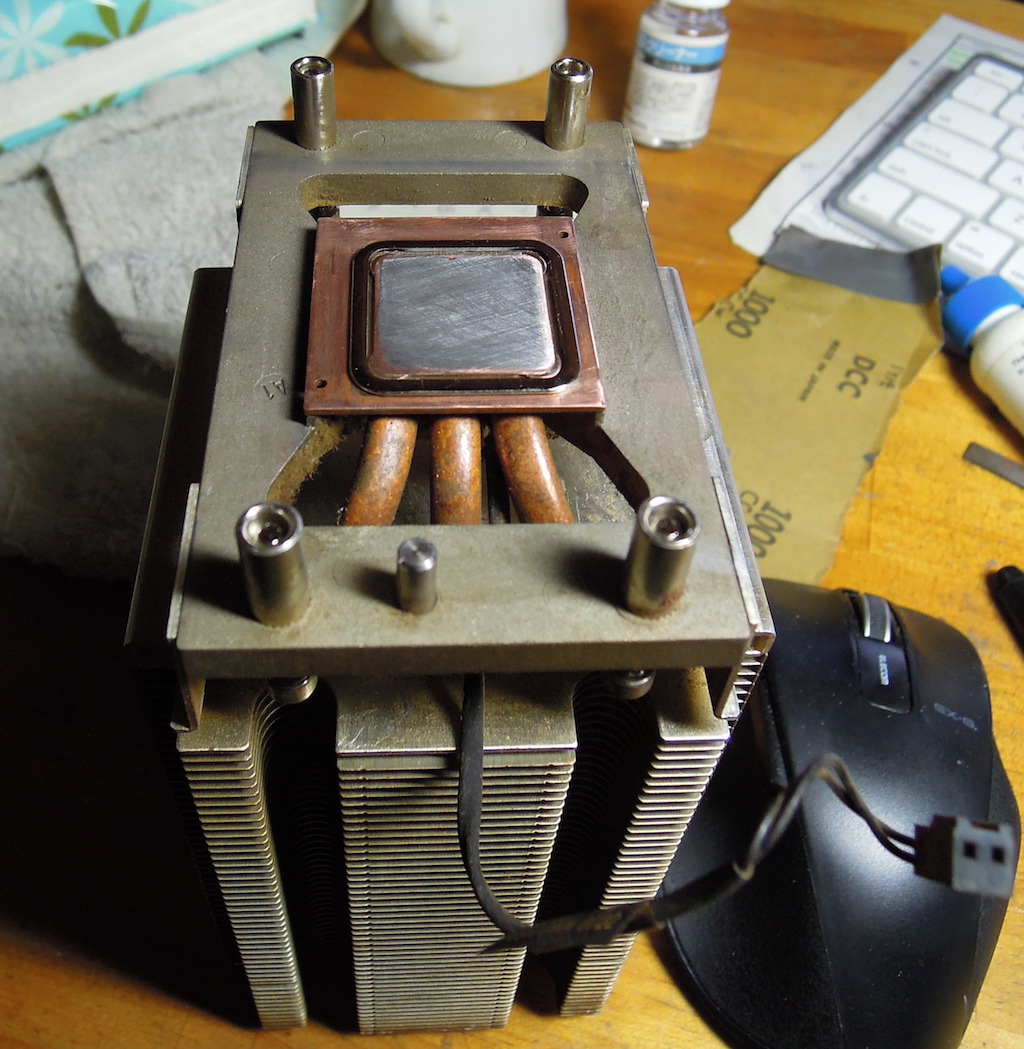 The hardest part of this operation was removing the REAR FAN but now I can remove & re-install both CPUs & heatsinks in about 10 minutes - practice makes perfect.

I gently cleaned ( with isopropyl alcohol + soft haired calligraphy brush ) and re-thermal pasted both CPUs both the dead CPU B X5365 and the motherboard CPU B motherboard socket. = No joy.

If, after the re-placement 3 Ghz X5365 arrives that BOTH CPUs do not boot up then I will leave this 2,1 cMP with just the TOP CPU A installed, after all a single 3 Ghz X5365 is nothing to sneeze at and this 2,1 in it's current ( cleaned ) state is more than adequate for my Japanese friend's needs.

Next I'm going to do some serious research as to what are the most causes for CPUs to fail.

As it stands, this 2,1 is running very well now in both El Capitan ( updated from Mavericks 10.9.5 ) despite only having one CPU running.
Reactions: orph, ruslan120 and Alex Sanders74

That's one crazy amount of dust.... Kudos to you for bringing it back from the dead.
Reactions: ruslan120 and MIKX
Comment

Seems the previous owner was a smoker
Reactions: ruslan120
Comment

I've dealt recently with thermal paste so dried up that was basically cemented on the CPU.

No amount of heat could make it softer.

There was no way but take an exacto knife and very, very, very slowly and gently scrape away the thermal paste, trying not to damage the IHS. Something I'm not really looking forward doing it again soon.
Reactions: ruslan120
Comment

3.2 Ghz Mac Pro 3.1 have somelike liquid metal paste, could have been that.

Normally dry paste can be dissolved by adding Isopropyl or alike.
[doublepost=1563631582][/doublepost]btw this is a real 2.1, can bee seen by the 6 heat pipes on the heatsink.
Comment

Macschrauber said:
3.2 Ghz Mac Pro 3.1 have somelike liquid metal paste, could have been that.

Normally dry paste can be dissolved by adding Isopropyl or alike.
Click to expand...

It wasn't a mac pro. One was a GPU and another one a CPU from a PC.

I've tried everything to no avail, the thing was hell to remove, I had to change 2 blades on the exacto knife because even if I didn't apply force or pressure, the continuous scraping eroded the blade little by little.
Comment

You could try "Australian Eucalytpus Oil" one of it's great properties is that it can emulsify adhesives .. it "MIGHT" loosen up that thermal paste . . I would put some on a cloth, put the cloth on the CPU face, cover it with saran wrap and leave it overnight.
Reactions: Alex Sanders74 and donluca
Comment