Hey,
Since the release of the latest laptops, I've been intrigued by their display which, according to Apple, support "variable refresh rates". This is reminiscent of the "FreeSync" technology promoted by AMD, which is directed at gamers. But iPad Pros also support something similar.
I haven't seen it discussed anywhere. Apple says it reduces power consumption, but for me, the benefits should mostly be seen in respect to fluidity, in particular in games. It could also improve video playback. Granted, most videos on the net are at a fraction of the "native" LCD refresh rate, which is 60Hz. We either have 30fps or more recently, 60fps videos. But some video can run at 24, 25 or 50fps.

So, would some 2016-MBP owners take a moment for a simple test? Please, play the attached videos in a loop, in fullscreen and see if both look equally smooth. Do it in QT player, not in the web browser. On a "standard" 60-Hz LCD, the "50p" video shows some notable stuttering and look much less fluid than the "60p" video. It's not a matter of 50 being lower than 60. Obviously, many frames are dropped to match the screen refresh rate and to maintain the native speed of the video at the same time. I suppose the net result is closer to 30 fps.
But if the screen refresh rate adjusts to the video at 50 Hz, the 50p video should look just as smooth as the 60p video.

If it's the 60p clip, you won't see a difference. And it's not excluded that the LG has variable refresh rate. You need to compare the 50p vs the 60p clip on the same monitor.
EDIT: and be sure to play the videos with QT player in fullscreen mode.

I'm comparing apples to apples - both clips, QuickTime full screen. I can obviously tell a difference between the 50 fps and 60 fps versions, but each of those versions look the same on the internal and external screens.

On both screens, the 50 fps remains more jumpy.

(I would question your assumption, though, that just because the screen is frame-matched to the source video, the result is necessarily less jumpy.)
J

The clear difference between the 50p and 60p clips cannot be explained by the difference in frame rates. So if the 60p video is less jumpy (it is actually not jumpy at all IMO), more frames must be shown.
If the 50p video is jumpy on the MPB, it means the screen refresh rate didn't adjust to the video.
It's not surprising though, because I'm not even sure that Free Sync or G-Sync on Windows can adapt refresh rates to videos. They adapt it to fullscreen 3D games. I'd still be curious to know the refresh rate of the latest MBP when nothing moves on screen. If, as Apple says, the new displays consumes less power, I suppose they do not run at 60 Hz when nothing moves. But they apparently do run at 60Hz when a video is played, even if it's not a 60fps video. :-/
R

No difference on a late MBP 2011. They look equal.

I think they get transcoded on dropbox.
If I try to save it, I get a m3u file with "https://showbox-tr.dropbox.com/hls_transcode/..." link.

Edit:
They are different when I download them using direct download.
Last edited: May 8, 2017
Reactions: fdproductions
J

Ries said:
No difference on a late MBP 2011. They look equal.

I think they get transcoded on dropbox.
If I try to save it, I get a m3u file with "https://showbox-tr.dropbox.com/hls_transcode/..." link.
Click to expand...

Ok, that's not the original file. Let me see...
EDIT: Sorry, you need to click the download button at the top right of the page. The right-clic indeed leads to a transcoded file.
Last edited: May 8, 2017
J

Correction: the stuttering of the 50p video is not due to dropped frames, but to duplicated frames. Actually, one every 5 frames is duplicated. See a photo of the screen playing the video. It is proof that the display refresh rate is not the same as the video frame rate. 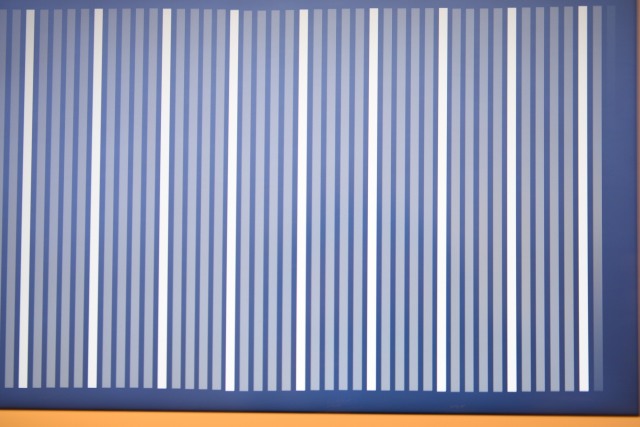 That's because they are two different things. Wikipedia has a nice and simple way of telling what the difference is (plus an example):

The refresh rate (most commonly the "vertical refresh rate", "vertical scan rate" for cathode ray tubes) is the number of times in a second that a display hardware updates its buffer. This is distinct from the measure of frame rate in that the refresh rate includes the repeated drawing of identical frames, while frame rate measures how often a video source can feed an entire frame of new data to a display.

For example, most movie projectors advance from one frame to the next one 24 times each second. But each frame is illuminated two or three times before the next frame is projected using a shutter in front of its lamp. As a result, the movie projector runs at 24 frames per second, but has a 48 or 72 Hz refresh rate.
Click to expand...

I know that. It's precisely the difference between video frame rate and screen refresh rate that I propose to use to determine the refresh rate of the MPB internal display.
Knowing that the video plays at 50p, the photo above shows that this is a 60Hz panel.
You must log in or register to reply here.
Share:
Facebook Twitter Reddit Email Share Link
Register on MacRumors! This sidebar will go away, and you'll see fewer ads.
Sign Up
Top Bottom