Earlier this week, the repair experts at iFixit opened up the 2018 MacBook Pro, uncovering Intel's new JHL7540 Thunderbolt 3 controller, introduced earlier this year as part of its "Titan Ridge" family. 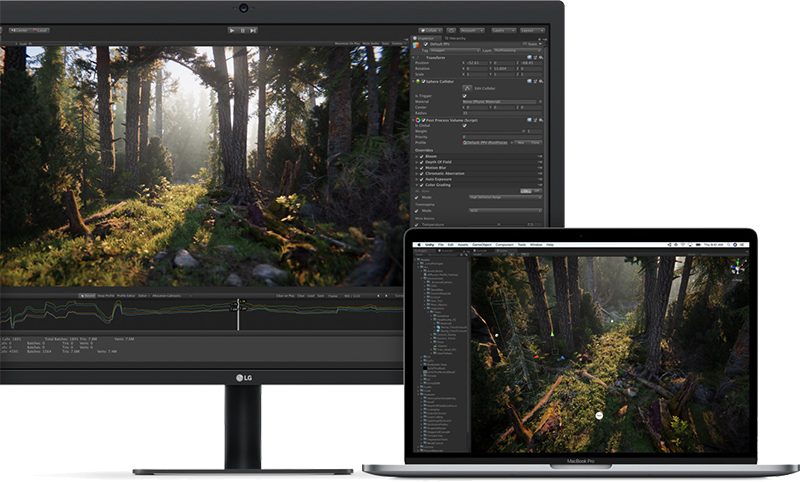 While the specifications for the JHL7540 lists compatibility with DisplayPort 1.4 on Intel's product database, it's not as clear-cut as it sounds, as support also relies on graphics, which vary by MacBook Pro model.

MacRumors reached out to Apple for clarification. Here's what we learned:What that means:For comparison, 2016 and 2017 MacBook Pro models are equipped with Intel's JHL6540 Thunderbolt 3 controller, which supports DisplayPort 1.2.

In related news, Apple has also confirmed that all four Thunderbolt 3 ports on the new 13-inch MacBook Pro with Touch Bar are now full speed, compared to only the two left-facing ports on the equivalent 2016 and 2017 models.

I'm so mad I can't do something none of us planned to do anyway!

Just kidding, loving my new 2018 MBP. Thing is a beast.
Reactions: chabig, imageWIS, CosmoCopus and 4 others

But can it support up to 2k at 120+ frames per second? Does it support FreeSync? Those are the important details.
Reactions: Val-kyrie, Sandstorm and AleRod

It does very little if the thermal throttling issue isn't fixed.
Reactions: stevekr, Synchro3, Val-kyrie and 5 others
K

Love mine -- it is hooked up to my new 27" LG 5K monitor. This is one of those areas where the TB3 ports are phenomenal on these machines. Glad that Apple puts this kind of effort into their high data throughput ports.

Now as for the monitor -- not quite as awe inspiring to behold as my old 30" CinemaDisplay (stupidly sold it and my Cheese Grater in 2009) -- but the quality is certain WAY better.
Reactions: TimmeyCook and house13um

PortlandP said:
It does very little if the thermal throttling issue isn't fixed.
Click to expand...

I doubt creating your unpacking videos are going to be affected by that issue, so you're good to go, dood.
Reactions: secretbum, subway35, Duane Martin and 19 others

Put it in a fridge and it will run an 8k @ 60hz external display.
Reactions: saxon48, Lennyvalentin, WatchFromAfar and 12 others

Reminds me of how my $9,000 mac pro was supposed to support numerous 4k displays. Not sure I ever got more than one working...
Reactions: jimthing, Synchro3, Val-kyrie and 10 others
H

Given this finding, is there a disadvantage in buying the 13" model rather than the 15" model?

You mean putting in weak GPUs hampers driving large pixel count displays?! I wish I could tattoo an Apple exec with a nVidia logo every time one of them mentioned the importance of GPU power.

Of course that is a moot point anyway because the current design can't even cool the top level CPU offered.
Reactions: Lennyvalentin, imageWIS and bernuli

We’ve stepped backwards in terms of usability. Now, even though all the ports and cables look the same you may or may not have the functionality.
Reactions: Synchro3, DCIFRTHS, imageWIS and 4 others

hajime said:
Given this finding, is there a disadvantage in buying the 13" model rather than the 15" model?
Click to expand...

I was thinking which one I should get and I've ordered 13" (i7 2.7GHz, 16GB Ram, 512GB SSD). Can't wait to receive it! It will be a very capable machine in a nice form factor
Reactions: mikeray

I'd love to have an 8K display but it needs to be pretty big to make it worth the resolution. I've been hoping that the new iMac would be at least 6K at 31.5" (call it 32" for marketing?) which would be the same PPI as the 5K. I would be completely satisfied with such a device for many years to come.


McTaste said:
Reminds me of how my $9,000 mac pro was supposed to support numerous 4k displays. Not sure I ever got more than one working...
Click to expand...

PortlandP said:
It does very little if the thermal throttling issue isn't fixed.
Click to expand...

Maybe liquid-cooled pads to rest your MBP on will become popular. If GPUs can become external, cooling can too.
Reactions: Synchro3

It seems that Apple upgraded not just CPU and new MPB is quite capable machine, not overpiced roster.
Reactions: TimmeyCook

Kinda makes me wish they'd widen the gap between the "Pro" and the "Non-Pro" MacBooks. Make the MacBook/MacBook Air the super thin, light, inexpensive option, while the MacBook Pro is thicker, but with higher end GPUs, and better thermal limits.
Reactions: JTBing, Jaro65, Sandstorm and 6 others
I

Despite having a Titan Ridge controller for Displayport 1.4, I'm not aware of a single USB-C/Thunderbolt adapter that outputs HDMI 2.0b (with support HDR), other than an overpriced aJa product - https://www.aja.com/products/io-4k

I don't get it, Thunderbolt 3 can easily output the necessary bandwidth to support HDR - where are the adapters to support HDMI 2.0b?
Reactions: Val-kyrie

All 4 thunderbolt 3 ports being full speed makes that 13 incher quite a little beast. Glad to see they got that sorted.
Reactions: Val-kyrie, jeremiah256 and mleonm5
M

The 2015 MBP still offers a whole lot more than these. Why are these being talked about? We don't want to hear about them.
A

Hmm. Going to hold onto my 2016 15-inch Touch Bar until the coming Apple Pro Monitors are released next year. I have a feeling the MacBook Pros released in that cycle will be fully baked. I have had zero issues with my 2016. It's rock solid.
A

Nice. But I have to ask again: Displayport MST yet?
TB3 docks are overkill unless it includes a GPU...
T

hajime said:
Given this finding, is there a disadvantage in buying the 13" model rather than the 15" model?
Click to expand...

I think if you had any interest in DisplayPort 1.4 then you'd want the 15" with its hex core CPU and discrete AMD GPU anyway.

Its possible that, as DisplayPort 1.4 adoption takes off, you'll start to see third-party 5k displays appear again, now that they only need a single wire. I wouldn't bank on it, though: the PC world seems happy with 4k until affordable 8k comes along.

We've also no idea what the forthcoming Apple display is going to be - best guess would be 8k driven by Thunderbolt 3 and probably requiring DP1.4 support. Or it could have an embedded GPU. Nobody knows and, again, if that's on your wish list then you're probably wanting the power of the 15" MBP anyway.

Interesting question is whether Apple could have chosen to use the new Intel-plus-AMD processors in the 13" MBP (https://www.engadget.com/2018/01/07/intel-amd-rx-vega-m/) - has anybody dug into the availability/performance/TDP of these to see if they'd fit?

Afterthought: the other thing that you might miss out on without DisplayPort 1.4 is USB-C Displays/Docks that carry both 4k@60Hz video and USB 3 data - with DP 1.2, 4k@60Hz takes all four high-speed lanes in a USB-C cable and hubs/displays have to fall back to USB2. D.P. 1.4 should squish that down to 2 lanes and leve room for USB 3. However, the hardware still has to show up and, anyway, its moot if you have an Intel iGPU.
Last edited: Jul 20, 2018

guzhogi said:
Kinda makes me wish they'd widen the gap between the "Pro" and the "Non-Pro" MacBooks. Make the MacBook/MacBook Air the super thin, light, inexpensive option, while the MacBook Pro is thicker, but with higher end GPUs, and better thermal limits.
Click to expand...

Yes, that's what I want. I use an MBP for work, and truthfully, most of the time it sits on a desk. I shuttle it from home to work, and occasionally travel with it via plane, so I don't want a ten pound brick to lug around, but an extra, say half pound and quarter inch in thickness isn't going to break my back if it means:
So I agree with you: Let the MacBook (Air) serve people who value weight, thinness, and price, and who are willing to make compromises in performance and upgradability, and let the Pro line serve…well, professionals.

I don't expect Apple will ever heed this advice, however.
Reactions: phillytim, toke lahti, Val-kyrie and 1 other person
T

My 2016 MBP+TB is currently running out of disk space, and now it's connected to a 5k display, it's having trouble with stuttering, and basically running the fan at full speed under minimal load. Flurry screen saver is just a no no for example.

I don't need blistering graphics performance, but I do want the experience of using a 5k display to be as close as possible to using the laptop natively. Would the latest graphics processors in the 2018 models (13") be suitable to drive the 5k display properly, with no lag or stutter?

Thanks
Reactions: jimthing and macintoshmac

AppleZilla said:
Hmm. Going to hold onto my 2016 15-inch Touch Bar until the coming Apple Pro Monitors are released next year. I have a feeling the MacBook Pros released in that cycle will be fully baked. I have had zero issues with my 2016. It's rock solid.
Click to expand...

What makes you think Apple is going to begin making standalone displays again? I've seen no rumors to indicate that will happen.
Reactions: rslee and TimmeyCook
You must log in or register to reply here.
Share:
Facebook Twitter Reddit Email Share Link
Register on MacRumors! This sidebar will go away, and you'll see fewer ads.
Sign Up
Top Bottom