Okay so heres the deal. I know that upgrading the GPU inside of an iMac isn't a questions but I think this could work. I've been doing some research on this but I haven't read anything about it but if it works it'll be awesome!

3) Nvidia has drivers for the Quadro 4000 for the MacPro.

I know one is mobile and the other is desktop but MXM 3.0 is identical to PCIe 16x. So my question is will this work!? Ideas?

While it might work, make sure the GPU heatpipe matches the location of the chip on the new board.
A

By just comparing from the images below I think they would align if you were to flip the Quadro upside down. If not there might be some engineering involved...

Could work. If you do try it, take pictures and document it. It'd make a good read.
F

I hope this really works! i'm going to keep track of this thread.

I'm really unsure about the parts, late 2009/mid 2010.
How does that effect these main core parts and the other hardware involved, i realise the part numbers are different but does this massively effect power usage and cooling etc? or does the year manufactured make them totally incompatible.
As you can tell i'm not very knowledgable about Apple hardware, wish i was.

i saw a thread on the official apple forum saying generally upgrading is possible.
https://discussions.apple.com/thread/3029120?start=0&tstart=0

I'm pretty worried that for it to work i would have to solder a $500 graphics card.

have you taken the plunge yet...itching to know how you got on!!
M

While this is a VERY interesting project, I think that there is a rather big roadblock that nobody has mentioned.

The Quadro would need an EFI ROM on it to boot.

It is possible that if you install Netkas' "ATY_Init" that you MIGHT get it to work after the desktop loads, but you would NEVER , EVER get the grey boot screens without EFI in the EEPROM.

It MIGHT be possible to write an EFI ROM for the card based on the non-mobile one that can be purchased for Mac Pros, but :

A: Somebody rather clever would need to write this EFI ROM. Currently there are only 2 people I know of who could possibly do this, myself and Netkas.

B: It may not be straightforward thing to write, the internal screen may be defined in a very different way from an external DVI or MDP as exists on the Mac Pro card.

C: The EEPROM would need to be large enough to hold the Mac EFI and PC BIOS. So, for most Nvidia cards this means that a double sized EEPROM needs to be soldered on. Not for beginners.

D: The device id for the card would either need to exist in the drivers, or be added to the drivers. There is an excellent post at InsanelyMac that lists ALL of the device id's currently supported by the NVHalDF100 kext, which is the one that drives the Fermi cards.

Also keep in mind that you are dealing with a Mobile GPU. This typically means that it is about half as powerful as it's desktop equivalent. And the desktop Quadro 4000 doesn't set anything on fire speed wise. For all of this effort, you may wish to set your sights a little higher up the Fermi GPU chain. The real issue here ends up being how much heat can be removed from the GPU by existing systems. The Fermi chips run hotter than any previous cards, in a closed in space like an iMac, this could lead to either roaring fans or burned up GPUs. Now if Apple were to offer up the info on how much heat can be removed via these systems, that might help.

I have been able to get MANY Fermi GPUs working. I am about to announce that I have gotten a Tesla C2050 working perfectly in Mac Pro. But the process that led to this ability frequently requires multiple flashes of the EEPROM with testing of minor changes to get something that functions perfectly. When this "bricks" the card I can move it into a PC, or even connect the EEPROM directly to my Willem programmer to erase and reflash the chip. Not so easy when the GPU and it's EEPROM are buried deep in the iMac. I have not taken apart one of these newer iMacs but my understanding is that you need to remove the front glass and that it is nearly impossible to keep all of the dust out when reassembling.

So, all told I have often wondered what might be possible in terms of iMac GPUs, but with the lack of trailblazers out there and all of the roadblocks, I have never gone beyond "wouldn't it be neat to try a ....."

I now its a old thread but, is there any news of did we atchive anything with the k4000m???

LinoGoncalves said:
I now its a old thread but, is there any news of did we atchive anything with the k4000m???
Click to expand...

All about GPU upgrade for 2011 iMac are in here: 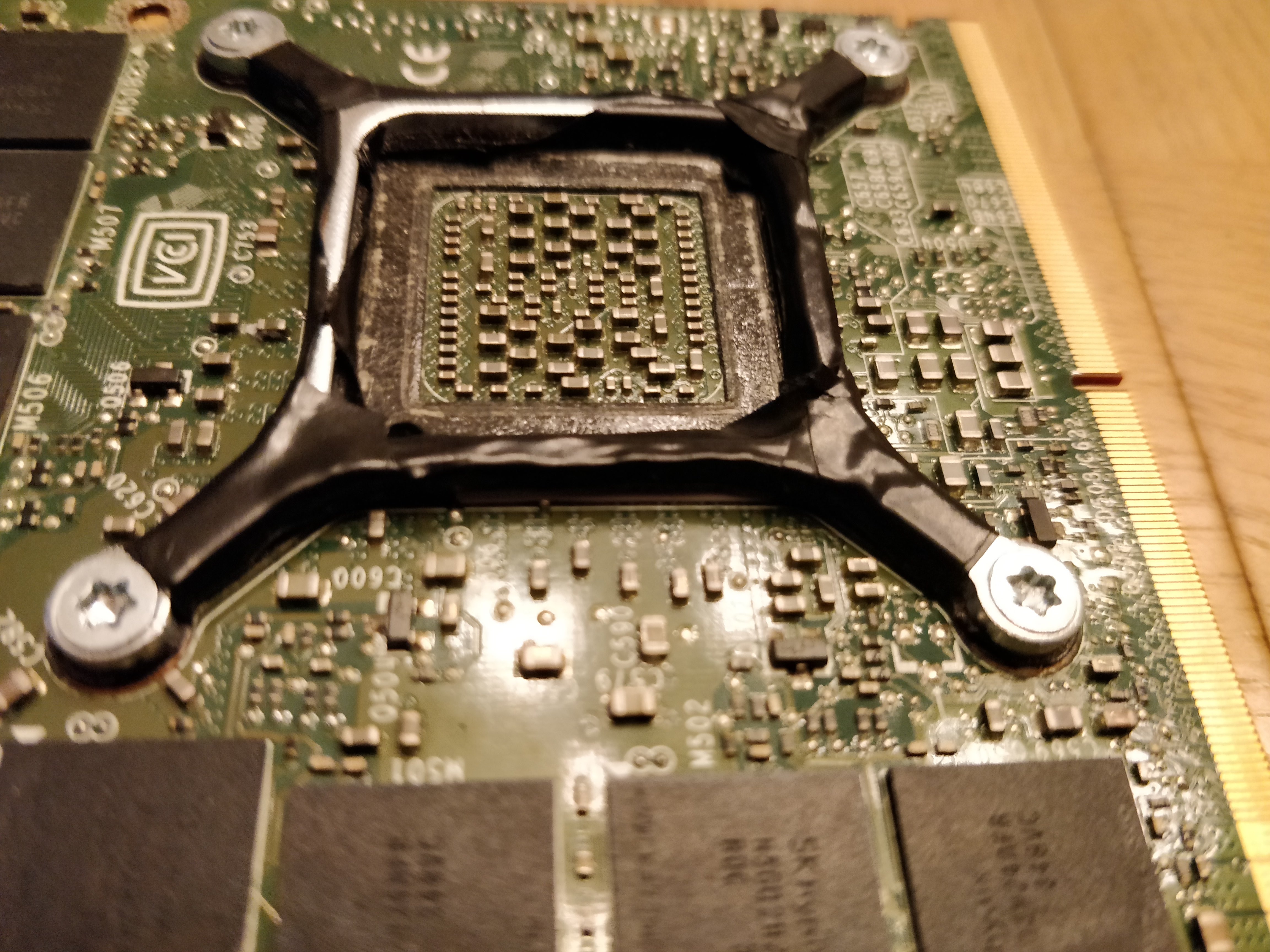 iMac Late 2009 to Mid 2011 graphics card upgrade (Lastest update 10/07/2021) This is not a plug and play solution! You need extended macOS / Unix system administration knowledge, the ability to run programs from the Terminal app and some manual skills to assemble your iMac again. If you have...