A Second 'Mario Kart Tour' Multiplayer Beta Test is Coming and it Won't Require a Gold Pass to Play [Update: It's Live] 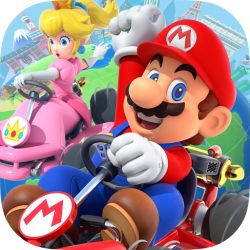 Nintendo has announced that a second round of multiplayer testing for Mario Kart Tour is "on the way," and this time everyone's invited.

However, the first round of testing was only open to players with a Mario Kart Tour Gold Pass subscription, which costs $4.99 a month and introduces various in-game items and badges, and unlocks the faster 200cc mode. In contrast, the next real-time beta test will be open to all players.

In addition, this will be the first test that allows players to race with other people "in your immediate vicinity," so long as they've enabled location data on their devices.


https://twitter.com/i/web/status/1219504952470454272
Nintendo offered no concrete date for the second test, but said further details would be published both in-game and through its official social media accounts.

Nintendo's latest smartphone app was downloaded over 90 million times in its first week, according to Sensor Tower.

Mario Kart Tour is a free download from the App Store, requires iOS 10 or later to play, and officially supports iPhone 5s or iPad Air and later devices. A Nintendo Account is also required to play the game. [Direct Link]

Update 1/23: Nintendo says the beta test is now live and open to all players. Simply launch the app, tap Menu, then Multiplayer in-game.

Thank you for your well-thought criticism. I'll keep it in mind whenever I'm playing Alto's Odyssey or Super Mario Run.
Reactions: Icaras, linkmaster02, Appleman3546 and 3 others
Comment

Sadly, the game is too rigged to the point of pay to have fun.
It is essentially impossible to play without paying or some massive luck.
Reactions: nvmls and tkukoc
Comment

Nintendo makes great games, but not on mobile. The games Nintendo released don't make me want to buy the console, the console versions, or even play the mobile games. They're just overly-generic pay to play games with Nintendo cosmetics.

Mario Run was decent for what it was. But the pay to play model has hurt mobile. Unfortunately, people aren't willing to pay console prices for mobile games, and the affordable games (for the most part) aren't deep enough when they only cost $5 to $10. Most of the more robust games are console imports and they suffer from poor controls.

I think some of us just had too high of expectations of what mobile gaming would be. Almost any game I've spent a great deal of time on are either puzzle or strategy.
Reactions: DeepIn2U
Comment

I am really looking forward to this feature, it was the only thing missing for a perfect mobile game. I actually really like this game as a free game. I don’t spend money on mobile games, but this game has been very generous with its free unlockables for those willing to put in the effort.
Comment

I’m IN! 34th level Tier 25 ready to play against family and friends.

I find the game fun, people forget this is not a computer game, it’s an iPhone game and a very good one.
Comment
T

B4U said:
Sadly, the game is too rigged to the point of pay to have fun.
It is essentially impossible to play without paying or some massive luck.
Click to expand...

Exactly! You can just play the base levels but you are penalized if you don't make the top 4 spots. And if you don't do well in the weekly challenge level you are further penalized.. then there's the can't play to level up daily because they put a limit on coins and exp. And even if you pay you can't go beyond those same exact limits. Oh but you can get tickets.. and those will level up your gear.. except you can't level up the gear that way to get to the next tier gear.. you have to pay for those items. And if you don't pay for the gold pass you can't collect all the items after winning races.. if in fact you get so lucky to do so.

Seriously this game is very much rigged into making people pay.. and even when you pay you still have less that 5% chance of further advanced items. Those odds tables are horrible and are view-able within the game.
Comment

I played for the first 2 months and didn't spend a single dollar. I had ton of fun. But i got bored after that, as there wasn't enough tracks to keep me engaged and each tour didn't seem to cycle through them enough.

martyjmclean said:
Thank you for your well-thought criticism. I'll keep it in mind whenever I'm playing Alto's Odyssey or Super Mario Run.
Click to expand...