A small look at booting APFS in Sierra

The System
As of 10.12.4, it is still possible to boot macOS Sierra on top of APFS, although it has many bugs that are make it clear it isn't ready for release yet. They range from issues in the Finder, to application bugs, to minor utility problems. The basic system is pretty solid however, and no kernel panics were seen during the many hours of working under APFS.

A new APFS EFI filesystem driver and JumpStart driver have also been recently added, probably hinting to a future version of macOS relying on a firmware update for booting APFS directly, and not using an additional HFS+ boot helper partition or the ESP. 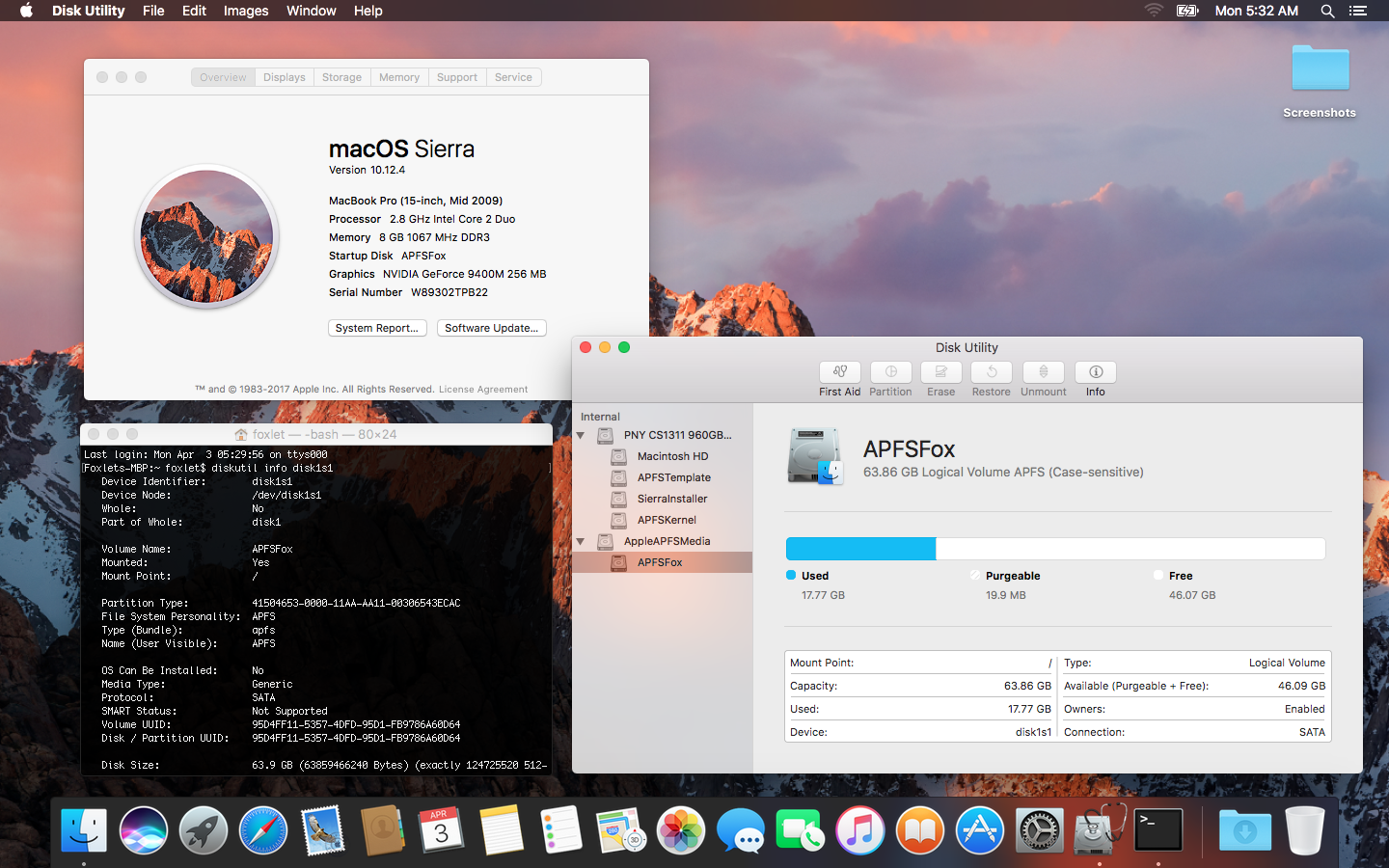 Finder
One of Finder's bugs is that certain disks become inaccessible from the sidebar, but can still be opened with a direct path, or from Terminal.

Finder already has support for APFS's underlaying Copy-on-Write functionality, and that works fine for instantly duplicating files. The actual size for files is reflected in Finder's Get Info, and applications themselves didn't have problems handling the duplicated files.

Applications
Some notable applications still work properly even with APFS as the startup disk, such as Disk Inventory X. 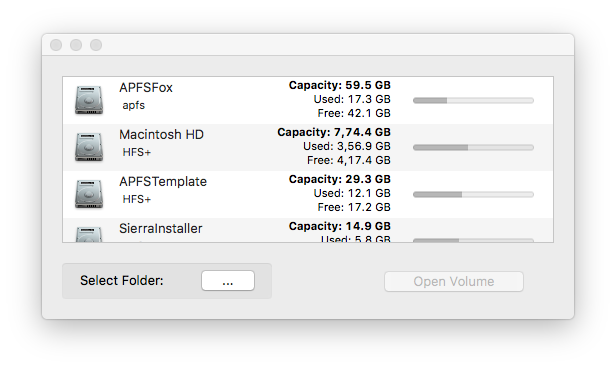 Not everything is working properly though. In terms of browsers, Safari and Firefox both seem to work fine, but Chromium/Chrome suffer from a text rendering bug under APFS that couldn't be replicated on an HFS+ partition. 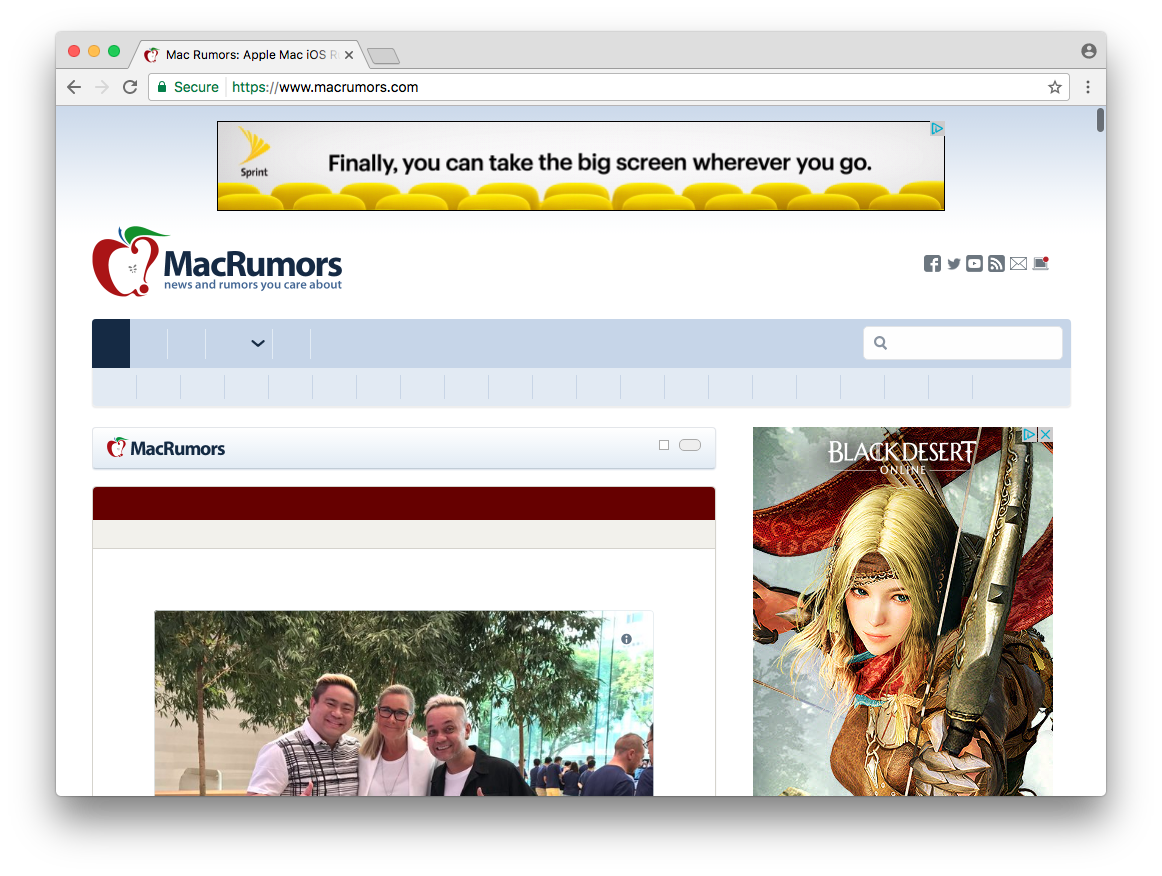 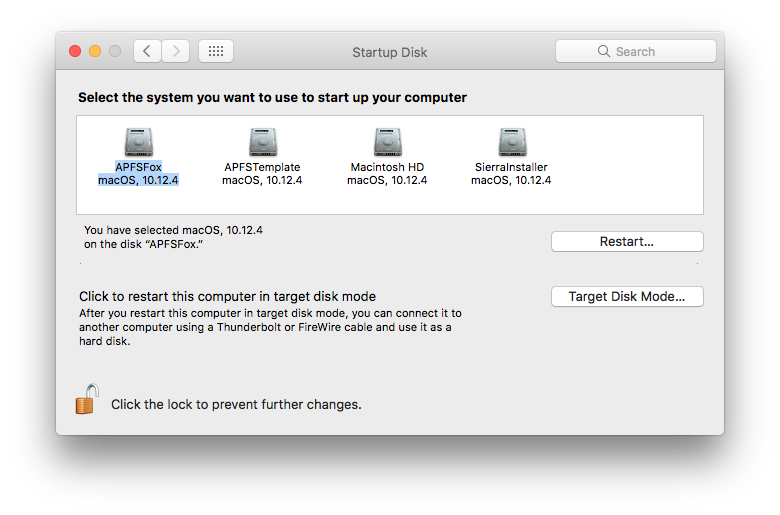 Interestingly, FileVault can still be enabled, even though it isn't currently supported by Apple for non-CoreStorage disks. 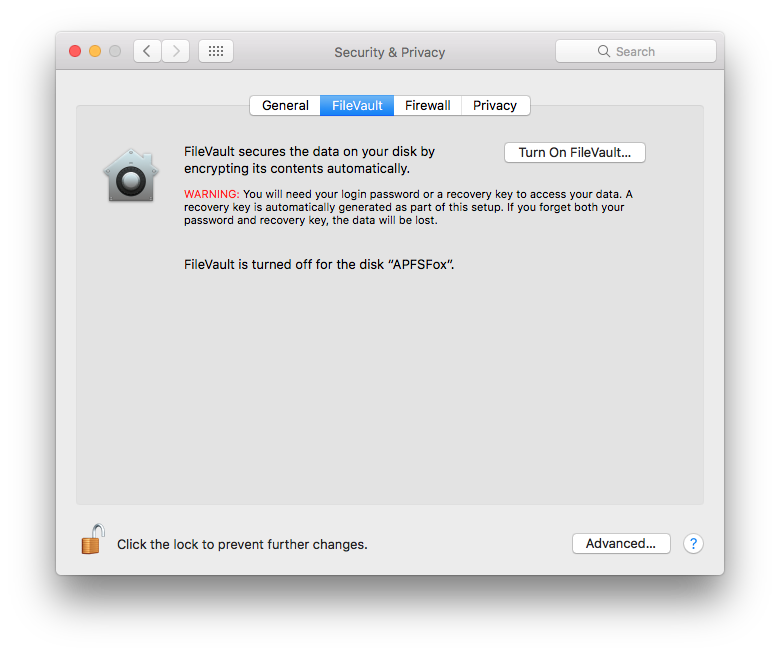 Software Update
Component and Application updates work properly under APFS, although system updates do not and fail after a reboot. 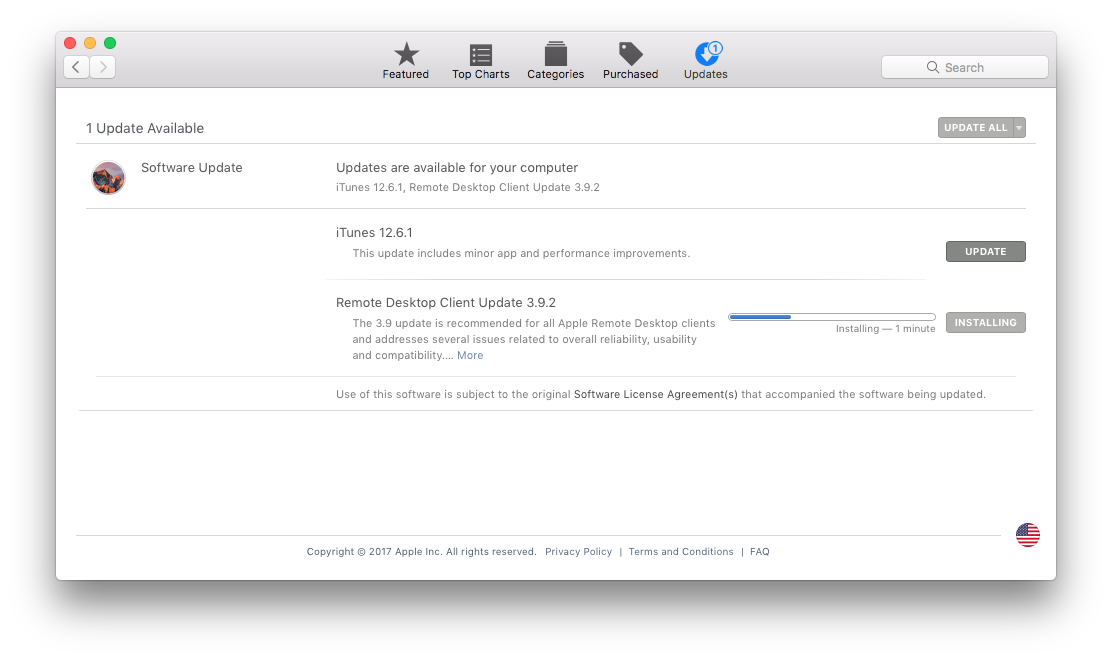 Utilities
At this point in time, Disk Utility has incomplete support for APFS; partitions can only be manipulated via the Terminal. In addition, disk mounting does not work properly for auto-opening DMGs (such as with a drag-and-drop app installer).

Spotlight is broken in APFS, as only some files are indexed, and does not seem to refresh properly for applications.

File sharing works under SMB (albeit with missing labels for root), AFP disks (as officially stated) don't show the root disk, only HFS and supported partitions.

Performance
A benchmark was ran on a SATA II Mac with an SSD installed. File operations are much snappier, even though read/write speed for new files is generally unchanged from HFS+, a good note for users of older Macs. 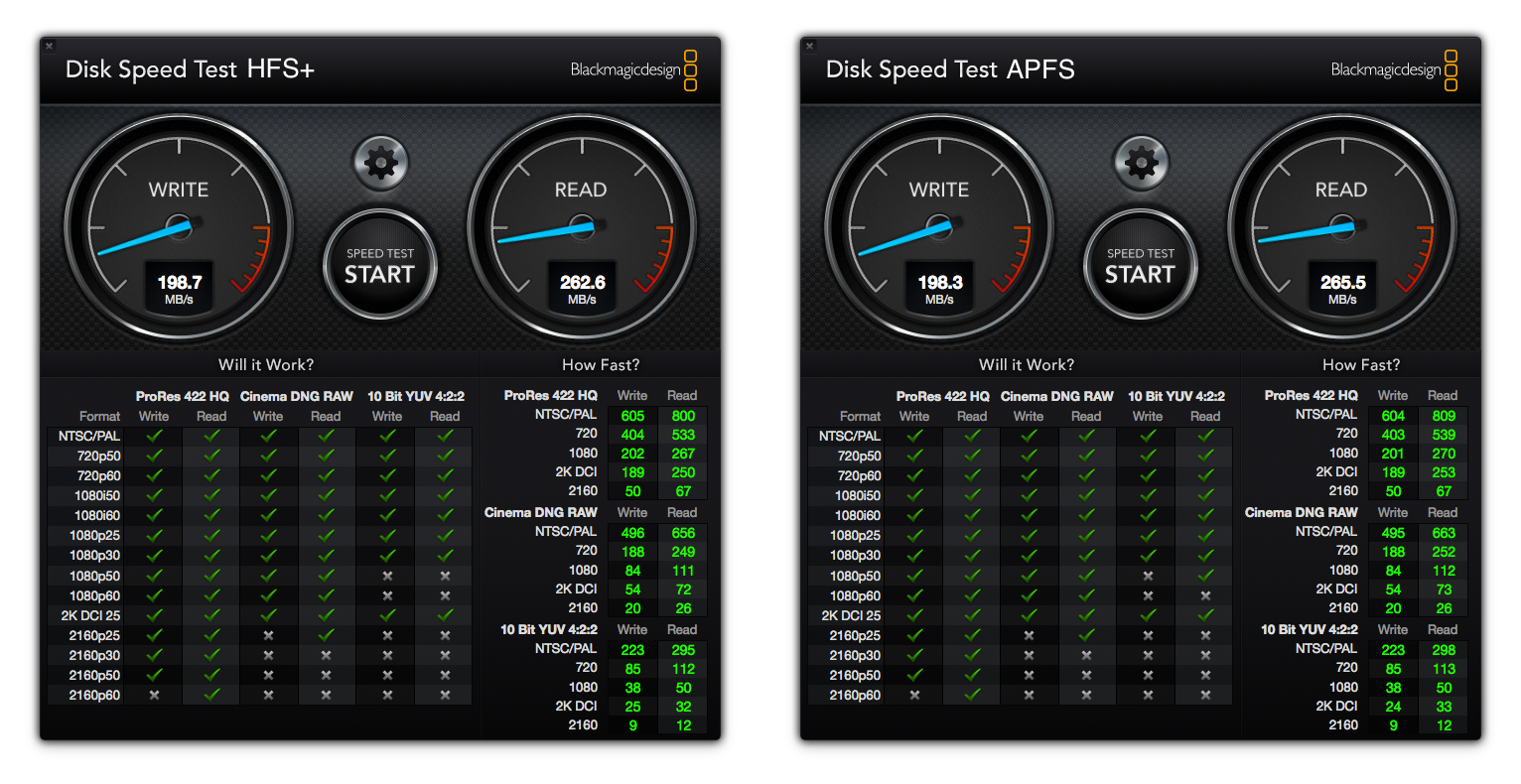 foxlet said:
Interestingly, FileVault is still available to enable, even though it isn't supported by Apple for non-CoreStorage disks.
Click to expand...

APFS apparently has its own support for full-disk and file encryption, so most likely the existing FileVault will be dropped, and APFS's support rebranded to that, with Apple offering a way transition users to it as it becomes available.
D

It is still going to be called Filevault and it will still do what it currently does. The technical implementation is different because we are going from a filesystem that doesn't support it (HFS+ sits on top of an encrypted logical volume (read: Filevault) which you can clearly see when you do a diskutil cs list on the commandline) to a filesystem that does.
You must log in or register to reply here.

Questions about APFS and other formats

S
How to delete APFS volume when there's no visible APFS container..?

How to remove APFS container to regain space?

P
Trying to boot from external "No native mechanism to verify InstallInfo.plist"