A1151 - Checkerboard Pattern on Screen, Freezes

Disclaimer: I realize this isn't PPC, but I know there are knowledgable folks here about early Intel models as well.

I recently took a gamble on a 2006 17" Macbook Pro (A1151). When initially trying to boot to the Snow Leopard DVD, there was a checkerboard pattern on the screen, and when the Apple logo and spinner disappeared, the machine would freeze. However, for seemingly no reason, the next day when I was about to work on it again, it worked normally, and I successfully installed Snow Leopard.

I've read that reflowing the logic board in that area has been known to solve the problem for this model, but I wanted to check with the folks here before I go down that route. I've had mixed results in the past with heat gun reflows, so wanted to see if any of you had any alternatives I should try first. Thanks in advance for any assistance!
[doublepost=1543430618][/doublepost]Image of pattern. 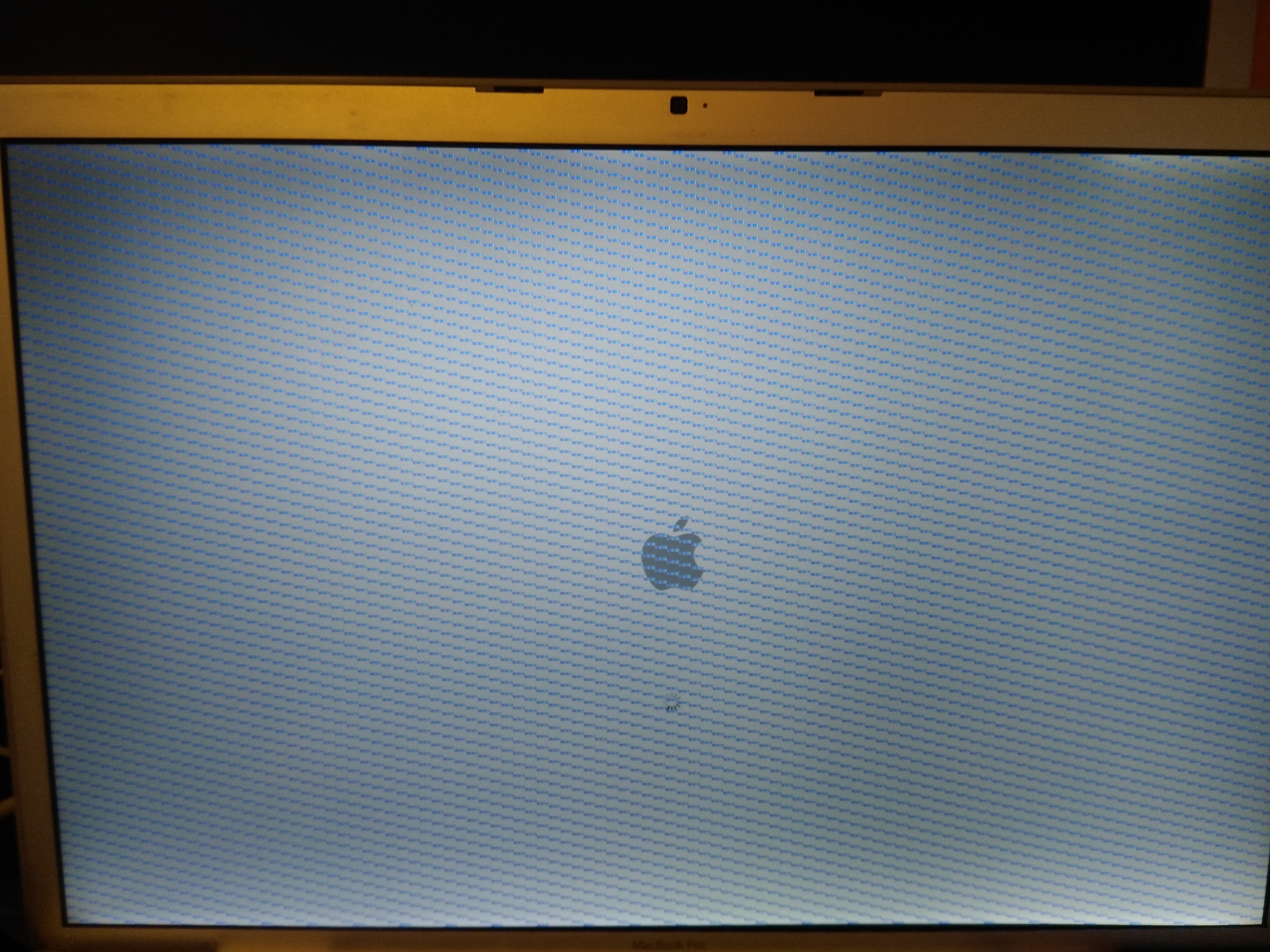 Checkerboard on the boot is 99.9999999% graphics failure. I've allowed a 0.0000001% possibility to the chance it's something else, given I've got a penchant for declaring things are correct and then being wildly wrong.

I remember I failed a spelling bee once because of that. Misspelled the word "vitiate", because dumb baby keys thought it had an "e" rather than an "i" in it. Also it doesn't have a "y" either. Plus it begins with a "v" – yeah, maybe I started on the wrong foot. The pressure really must have hit hard: my brain wilfully misheard the word as "affiliate" or something similar. I was so confident when I answered it and the failure buzzer pierced my body like a bullet.

All the kids started to point and laugh at me. With thick tears in my throat I went to the microphone again to thank the judges for the opportunity, so I could lose with dignity, but the moisture from my fat young face just resulted in the microphone producing ear-screeching feedback. They all began to laugh even harder and I think I saw one of the judges stifle a laugh too.

My last memory of that stage was seeing my Dad in the audience shake his head solemnly, then stand up and walk out of the building.
Reactions: Raging Dufus and eyoungren

sadly your GPU is dying the only way to properly fix this issue is to replace the GPU chip it self, if you wish to do so DO NOT reflow the board in an oven.
Reactions: Traace

This is unfortunate, but serves to show the crapshoot in hardware. I have this exact model of MBP and haven't had any graphic chip issues.
Reactions: LightBulbFun

I did not think the Radeon chips were problematic? I've read the threads about the failing Nvidia chips in the early Intel models, but didn't think there were issues with the ATI ones. This has an ATI Mobility Radeon X1600. Also, when it was booting properly, the full x16 lane width was given in the System Profiler. If I remember correctly from that thread (having trouble finding it atm), a telltale sign of chip failure was that the lane width would report as less.

EDIT: Of course, I'm not saying this couldn't still be a chip failure. Just wanting to make sure y'all weren't assuming I had that one particularly bad Nvidia chip when making that diagnosis is all.

Looking online on ebay and such, I've come across a lot of 2006 MBPs with defective GPUs, usually the display would not power on at all or the image was corrupted. So yes, this seems like a GPU defect.

It's not even worth trying to replace the chip. On the other hand, it makes for a great space heater or door stop.
Reactions: eyoungren

miksat said:
Looking online on ebay and such, I've come across a lot of 2006 MBPs with defective GPUs, usually the display would not power on at all or the image was corrupted. So yes, this seems like a GPU defect.

It's not even worth trying to replace the chip. On the other hand, it makes for a great space heater or door stop.
Click to expand...

I think I was very fortunate a few years back. My A1151 cost me $189. The ONLY issue I had was that a few keys stopped working. I got a new keyboard for $20 and swapped it in and the eBay seller credited me that $20 back.

But, I've never had any issues after that. I dropped in a 500GB hard drive too and that's worked just fine. That was free, thanks to a member here.
Reactions: miksat
You must log in or register to reply here.
Share:
Facebook Twitter Reddit Email Share Link
Register on MacRumors! This sidebar will go away, and you'll see fewer ads.
Sign Up
Top Bottom