Well everyone, we've got some great news. A lot of you have been asking about audio and video chat for a while, and have been really frustrated by our response of "It's coming." We've been hard at work trying to make this a reality, and today we're excited to give you an update on our progress, and to show you where things will be heading in the future.

Around the end of July, a team was put together to begin working on integrating audio and video chat into Adium. This is a herculean effort, as it requires the cooperation of several people from both Adium and Pidgin to accomplish, as well as the use of several new external libraries to facilitate a variety of tasks. The team has worked extremely hard over the past four months under the leadership of Eric Richie, and we are extremely happy to finally be able to tell you what we've been up to.

First up, a large number of changes to the Adium build system are in order. Augie Fackler and Elliott Harris have been heading up the effort to create a more flexible and powerful build system at the core of the Adium build process, allowing us to integrate a number of new libraries using their native build systems with ease. It's important to us that all of these new external dependencies can be easily upgradeable given that many are currently under active development. These are all anchored around the use of the Farsight and Gstreamer projects to implement various capabilities at the Libpurple level. We are rapidly approaching the completion of this build system, and hope to integrate it into Adium trunk as soon as it is done and thoroughly tested.

Next, we have to make a number of additions to Libpurple itself. Luckily, we aren't alone in this endeavor; Sean Egan and the rest of the Pidgin team are working closely with us on integrating AV capabilities into Libpurple itself. These new functionalities are being developed in a new branch of Pidgin, and development will continue as we improve our support for AV-capable protocols. So far, GTalk receiving audio has been implemented into the Pidgin voice and video branch, however it is largely untested as no client has actually tried to use the code to this point. We are aiming to be the first.

"What about AIM!?" you say? Great question. Our very own Alan Humphries has been hard at work on extending Libpurple for AIM AV, and we hope to begin merging that work into the Libpurple voice and video branch as soon as possible. In addition, Farsight has some support for Yahoo and MSN, which will surely be our foundation as we move forward on those protocols.

Finally, we have a lot of work to do to Adium itself. These efforts have been headed by Elliott, with tons of help coming from other members of the Adium team, who've been hard at work designing all of the things that we need client-side for AV to function. This includes things such as the user interface, local video preview, and bridge code between Adium and Libpurple. In addition, we will be writing our own Gstreamer-based code to facilitate the bridging, and hope to commit those improvements as far upstream as we can. Right now, we've got several mockups of the interface which you will find below.

All in all, we've made an amazing amount of progress over the past few months, and we're confident we will continue to do so. Today, we are making all of the work we've been doing completely public to anyone wishing to help out. You can follow our progress in the branch located at:

You'll notice, of course, that we've denoted this as Adium 2.0 - and for good reason. These changes will anchor a large amount of new technology being implemented. The entire team is looking forward to this monumental push forward for Adium, Pidgin, and all projects that use Libpurple.

Of course, we always welcome help, and encourage everyone that can lend a hand to do so. You can find all the information you'll need on our wiki, and you can contact either of us directly to get a better idea of where we're at as well as where your help is needed most.

As is usual, there is no way to tell when you'll have it in your hands, but trust us when we say that we want it just as much as you do, and we're confident that once it's ready, you'll absolutely love it.

Enjoy the pictures and thanks for reading, 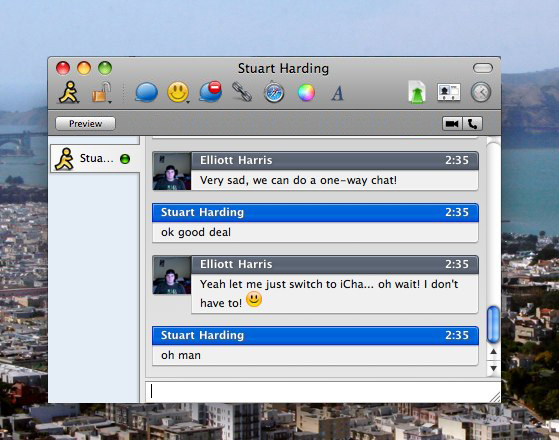 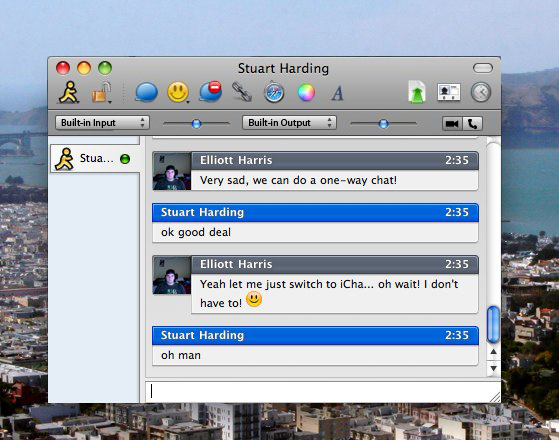 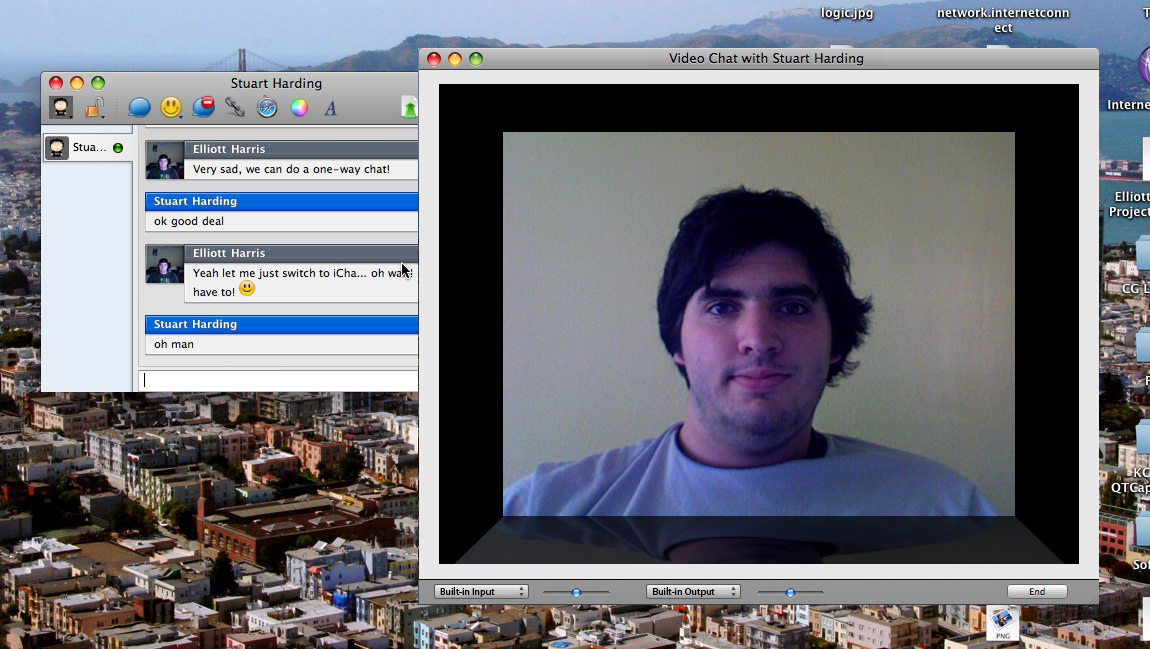 thats great news! the reflection in the video chat looks ugly though, lol
B

Keynote: What Can I Use Now That Macs Don’t Support a Remote Control?