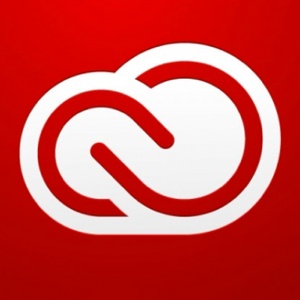 Adobe has decided to focus its resources on Creative Cloud and will not continue development on its Creative Suite software, reports The Next Web. While Creative Suite 6 will continue to be supported in regards to bug fixes, there will be no further updates and no Creative Suite 7.

Each of the apps has seen notable upgrades, as detailed by The Next Web. For example, Photoshop CC offers new features like Camera Shake reduction and Behance integration, which can be seen in the Adobe promo video below.

For creatives that rely on the company's upgrade paths, some will be pleased to find that anyone with a CS 3 or later serial number will get their first Creative Cloud year for $29.99 per month. For everyone else, the complete version of Creative Cloud will set you back $49.99 per month, or you can purchase a single app license subscription for $19.99 per month.

For teams, the same applies, but you'll pay $69.99 per month per user or $39.99 if you've purchased CS 3 or later -- added perks include significantly more cloud storage. For students, CC will set you back $19.99 per month for the complete version, and there is also now a "Teams for Education" offering at $39.99 per month per user.
Click to expand...

With a standard Creative Cloud subscription, users can access the full library of Adobe apps, making it an attractive choice for subscribers that plan to access multiple Adobe products.

According to Scott Morris (via TechCrunch), head of Adobe's Creative Cloud and Creative Suite teams, the shift will allow Adobe's engineers the "ability to focus," providing quicker updates and more innovative features in the future.

Lots of pros are not going to like this change to service based and cloud based apps.
J

I do hope there's an uproar over this.

Interesting. I expect Microsoft will make a similar play in the near future, requiring everyone to subscribe to Office 365.

This is disappointing, that's for sure.
5

OldSchoolMacGuy said:
Lots of pros are not going to like this change to service based and cloud based apps.
Click to expand...

I guess this is one way to combat piracy
R

OldSchoolMacGuy said:
Lots of pros are not going to like this change to service based and cloud based apps.
Click to expand...

Will work good. Believe me.

I guess no more upgrades for me, I'm not going to the subscription model

This is horrible. A big mistake.

If they keep this business model, a new company will come about and destroy Adobe.
E

CJM said:
I do hope there's an uproar over this.
Click to expand...

I imagine there will be but it won't do anything to change it.

CJM said:
I do hope there's an uproar over this.
Click to expand...

Agreed, but so far there's really not too many alternatives around either. Uproars work when the company is afraid it will lose customers

This is truly shocking.
M

This is the path all software is following. Office is already on its way. Expect most other apps to become subscription based. Best way to stop piracy. It's in every company's interest.

Not looking forward to having to rent my software forever. We are still using CS3 on most computers, and 5 on the rest, and getting by just fine. What incentive will adobe have to continue to update their products if they make the same amount per month if the software is never updated again or not? This is a crap proposition for a lot of consumers, although I could see it being an attractive option for some freelancers. But Cloud only. I don't like it.
A

Guess my old copy of CS4 just got a lot more valuable!
H

I guess I will be clinging to my copy of cs6.

I have two questions

1) (having never used the online apps) how do they work? do you have too download anything or is it all simply login and use on any computer?

2) Didn't they just announce a beta for a new lightroom? I guess that will be there last one?

jessica. said:
I imagine there will be but it won't do anything to change it.
Click to expand...

People will just complain about it on internet forums rather than contacting Adobe or doing anything to actually change anything. Happens with most everything these days.

Complaining on the internet. The least you can do to change things short of doing nothing at all.

Sounds great, I love paying $20+/month for the rest of time instead of purchasing a license once to use indefinitely.

But seriously, I'm assuming this is just for Creative Suite and not for individual applications. For people who actually need the full CS, this may not be a horrible option. For people like me who use only one or two applications (Acrobat, mostly), I hope the existing option remains available.
A

Yes. Cheaper and no bloatware.

down to earth, far away from any clouds

So for someone like me who upgraded his Creative Suite Design Standard (because I don't need the other programms) every 2-3 years it is now almost three times more expensive.

And if I stop paying I can't open my files anymore.
I'll stay with CS6 for quite a while that's for sure.

I do hope not too many people buy this so that Adobe has to deliver a different solution.