Adobe Bringing Illustrator to iPad in 2020

At its annual MAX conference, Adobe today announced that it is planning to bring its popular Illustrator CC app for the desktop to the iPad in 2020.

Adobe Illustrator will follow Photoshop for iPad, which is launching today. 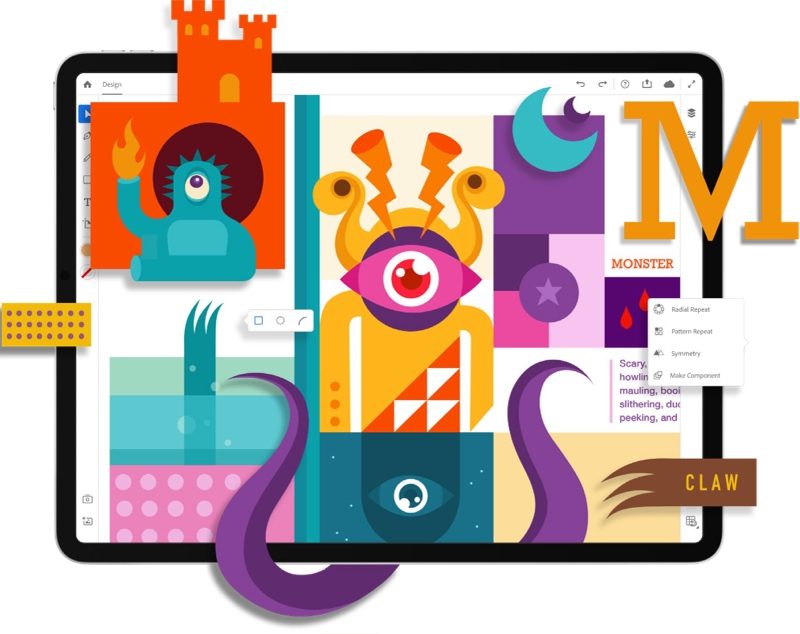 According to Adobe, development for Illustrator on iPad is in the early stages of development, but the Illustrator experience is being reimagined from the ground up to take advantage of the "unique capabilities" offered by the iPad, like Apple Pencil support.

Adobe is focusing on several core concepts, such as a seamless connection across devices and file interoperability, allowing files created on the iPad to be opened on the desktop and vice versa.

Adobe says that Illustrator on the iPad will let users work with Illustrator with "no loss of the detail and precision" expected from Adobe. For many designs, projects will be able to be started and finished on the iPad.

The app will feature an interface that's "natural" and easy to use, and iPad features like the camera and the Apple Pencil will be leveraged. As an example, Adobe says that Illustrator users will be able to take a photo of a hand-drawn sketch and transform it into vector shapes using Illustrator for iPad.

With this I will finally be able to bring only iPad with me (at least on shorter trips) ?
Reactions: Mr. Awesome
Comment

I wonder if it was ever a plan to have both Photoshop AND Illustrator launch together? Was Illustrator an afterthought or are they just short on development resources? To me, reading this, the first thing I thought was why were they released together?
Comment

By 2020 they mean next November at Adobe Max 2020, not anytime before that.
Reactions: Sandstorm
Comment

I hate the never ending new subscriptions. Every other tiny one-trick-pony app now demands a subscription, usually asking way more than it deserves. That said - there are 2 software services imo that I totally feel are worth it - Microsoft Office365 (with the included 2TB OneDrive) and Adobe Creative Cloud. But I do serious work with both, maybe that's why.
Reactions: MacNut
Comment

Sandstorm said:
I hate the never ending new subscriptions. Every other tiny one-trick-pony app now demands a subscription, usually asking way more than it deserves. That said - there are 2 software services imo that I totally feel are worth it - Microsoft Office365 (with the included 2TB OneDrive) and Adobe Creative Cloud. But I do serious work with both, maybe that's why.
Click to expand...

I grew up with Office costing $300-some and Creative Suite at something like $600. A subscription is both easier to swallow and keeps a developer in business. However, you're totally right. Everything wants a subscription now. And in the cases of Office and Creative Cloud, I have iWork for free and several other apps that take the place of Photoshop with reasonable one-time fees.
Comment
You must log in or register to reply here.
Share:
Facebook Twitter Reddit Email Share Link
Register on MacRumors! This sidebar will go away, and you'll see fewer ads.
Sign Up
Top Bottom