djay Pro for iPhone, which brings the pro features djay is known for to a pocket-sized device that can go anywhere, follows the release of both djay Pro for iPad and djay Pro for Mac and comes as Algoriddim celebrates its 10 year anniversary. 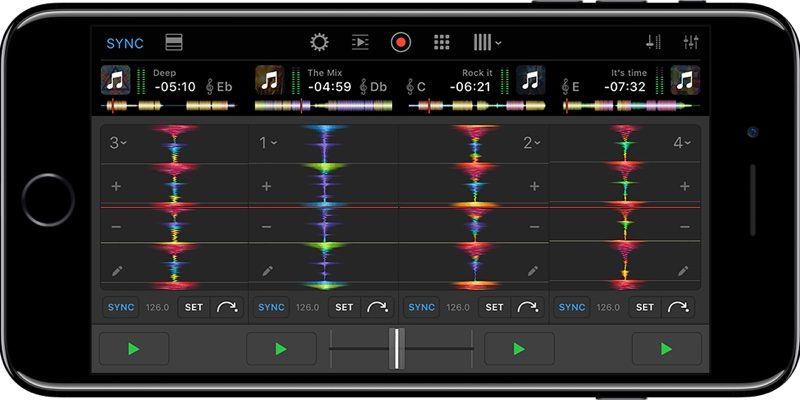 The app has been built for iOS 10 and the iPhone 7, incorporating features like 3D Touch and haptic feedback. The interface will be immediately familiar to anyone who has used one of djay's other Pro apps, with support for two waveforms and up to four decks in either vertical or horizontal orientation.


The entire app has been optimized for the iPhone's interface and while simple enough for a beginner to use, it goes deep enough to suit professionals. Tools are layered to accommodate a smaller screen, but everything is still right at your fingertips.

"djay Pro has been a huge hit on Mac and iPad," said Karim Morsy, CEO of Algoriddim. "iPhone 7 has enabled us to completely transform the user experience of djay Pro by using haptic feedback and 3D Touch. It puts a fully-featured DJ system in your pocket so you can be creative no matter where you are."
Click to expand...

On the iPhone 7 and 7 Plus, waveform haptic support means users can actually feel the beats when scratching and scrubbing music for a much more visceral music making experience. 3D Touch has also been incorporated in an innovative way, letting users set cue points without needing to lift a finger from the iPhone's screen.

Spotify integration, one of the features that really sets djay apart from other apps, is included as is full video integration for mixing and scratching two or more videos (including video shot directly with the iPhone's camera). 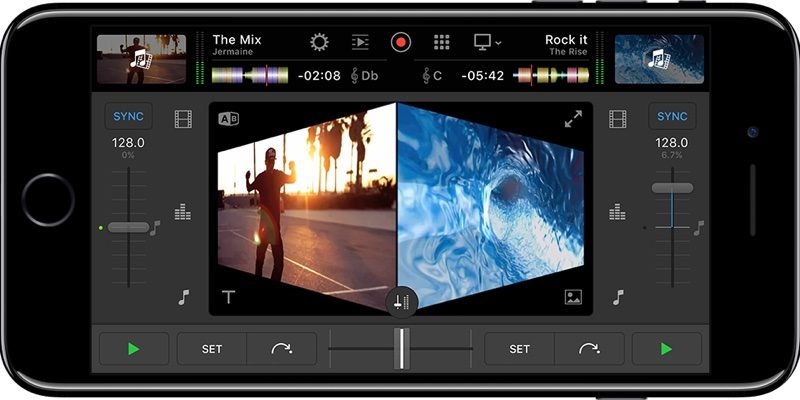 Full hardware support is included in djay Pro for iPhone, so an iPhone can be plugged into a range of professional DJ controllers like the Reloop Beatpad, Reloop Beatpad 2, Pioneer DDJ- WeGO 3 and 4, and Numark Mixdeck Quad.

Like djay Pro for iPad and Mac, the iPhone version of the software features full accessibility options like haptic integration, VoiceOver options, and more. A built-in Apple Watch app also serves as a remote control for browsing through playlists, cueing up and mixing songs, and controlling advanced audio effects. 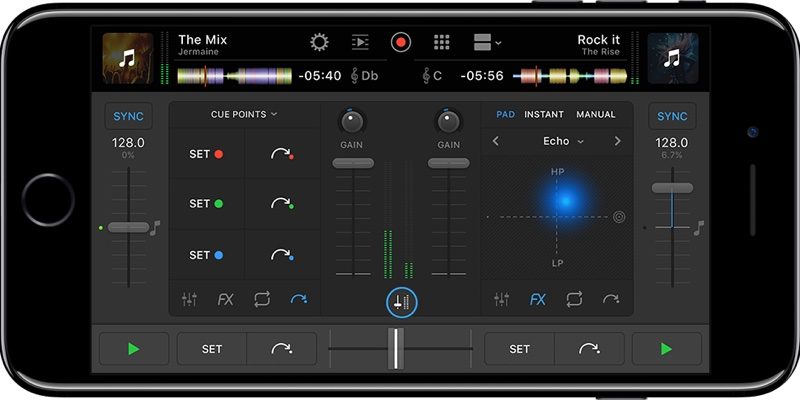 djay Pro for iPhone is available for a limited time launch price of $4.99. While built for the iPhone 7, it's compatible with the iPhone 5 and later. iOS 10 is required. [Direct Link]

I have several of these apps on my iPad and think they are great. I can't wait until I get the 12" ipad as it will probably make the experience better. On the 7 plus, I would think it is too small a platform and for the even smaller phones I would think it would not work at all. Will need to play with it and see. Maybe more for entertainment than real world use.

I think this is a record for least comments per hour of any MR article!

I need it to support traktor hardware for it to be useful. Never gonna happen.

While good news, it's disappointing Algoriddm decided against making this a universal app, meaning not only must I repurchase the app, but also all the in-app purchases I made with the iPad app.

I'm astounded by the lack of self-proclaimed pros in this thread.

I mean, the iPhone doesn't even have an XLR port for crying out loud!

What is this I don't even