AllThingsD says oct 23 for the event?

Maybe it is coming.. 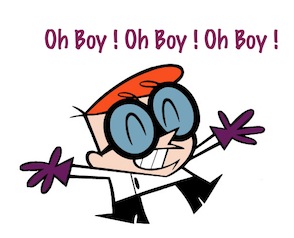 Is this the thread where I complain about Apple copying Samsung's 7 inch tablet?

As AllThingsD reported in August, Apple will hold a special event this month at which it will showcase a new, smaller iPad. People familiar with Apples plans tell us that the company will unveil the so-called iPad mini on October 23 at an invitation-only event.
Thats a Tuesday, not a Wednesday, so this is a bit of a break with recent tradition. It also happens to be just three days prior to the street date for Microsofts new Surface tablet.
Click to expand...

I'd guess 23rd Oct for iTunes as well.

profets said:
Maybe it is coming.. 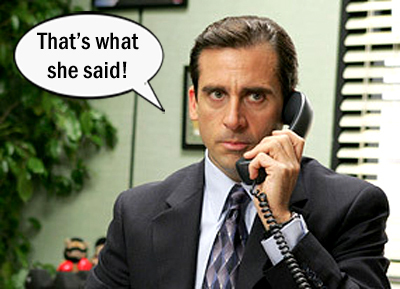 Tarzanman said:
Is this the thread where I complain about Apple copying Samsung's 7 inch tablet?
Click to expand...

I saw the title and came here to see GIF Motion Pictures.
D

This confirms the date. This guy has a 100% track record and agrees

Some more details, as expected:

"Sources say the iPad's diminutive sibling will feature a 7.85-inch liquid-crystal display and a Lightning connector. It will also probably be thinner. And that's about it."
Click to expand...

I'm really curious to know who on this forum would be interested in buying one. Perhaps someone could start a poll?

derbladerunner said:
This confirms the date. This guy has a 100% track record and agrees

Some more details, as expected:

It won't be that cheap. Its still a Premium product and still made by Apple

derbladerunner said:
Now I just wait for pricing. $199 or $249 for the base model would result in huge sales...
Click to expand...

Huge sales for whom? Google, B&N and Amazon build and sell devices which make them no money up front. They are aggressively priced in order to get as many devices as possible in the hands of consumers, who in turn will then buy lots of content from each manufacturer, which is where these guys then will make their profit. That's their model, it is the exact opposite to Apple's model (Apple makes their profit upfront on the hardware).

Now, if these other guys aren't worried about not making profit at the time they sell the device, and Apple enters this market with a price close to or matching theirs, what do you think their first response will be? Classic marketing dictates they will all lower their prices, leaving Apple to either follow them (luring Apple), or leave the price where it is, making Apple's product seem even more overpriced than it is on day one. If Apple lowers the price, what will the other manufacturers do in response? Again, classic marketing says they will again lower their prices and tempt Apple to stay (and die quickly) or follow (and die more slowly). What doesn't seem to be well understood is that the other guys will give away their devices if they have to, because they will make up for it when people buy content to consume on them.

Apple knows this, they know their competition's business model, and they know their own. They will *not* enter a price war, which is what will happen if they can't differentiate their product based on *superior features* not similar or matched price (with inferior features based on rumours flying around related to iPad 2 specs) in a product copying others already in the market.

If Apple releases a product at a low price, it'll cause loads of sales, but most likely not for Apple.
P

iLLUMI said:
I'm really curious to know who on this forum would be interested in buying one. Perhaps someone could start a poll?
Click to expand...

I think it really depends on price.

Assuming the mini is A5 based with inferior hardware compared to the current iPad, I think most of us on this forum would stick with the iPad because of the display and specs.

But in general I think a lot of sales will be to people who haven't wanted to spend $400-500+ on an iPad at this point. Similar to how the iPod mini really helped to expand sales of the iPod years ago.

In a small group of my close family/friends (moms, dads, kids, etc), maybe 25 people, 6 of us have iPads, and if the price of an iPad mini was between 200 and 300, I can easily see 10 or more of these people getting iPad minis. Just my opinion anyway.

Mar 19, 2020
Astonish_IT
A
M
iPad iTunes won't me restore my iPad. it says I do not have permission

C
iPad Pro Pop up asking about WiFi calling keeps on popping up no matter what I say ....

Dec 15, 2019
Closingracer
C
Register on MacRumors! This sidebar will go away, and you'll see fewer ads.
Sign Up
Top Bottom