Amazon Rolls Out 'Alexa' Voice Assistant to its Fire Tablets

Amazon began rolling out Alexa voice assistant to its Amazon Fire tablets yesterday, extending the feature beyond its original smart devices, such as the Echo speaker.

The rollout means owners of 7-inch, 8-inch, and 10-inch Fire tablets will be able to issue voice commands for specific requests, like playing music or having the news read to them, but unlike the always-listening smart speakers, the home button must be held down on tablets to activate Alexa. 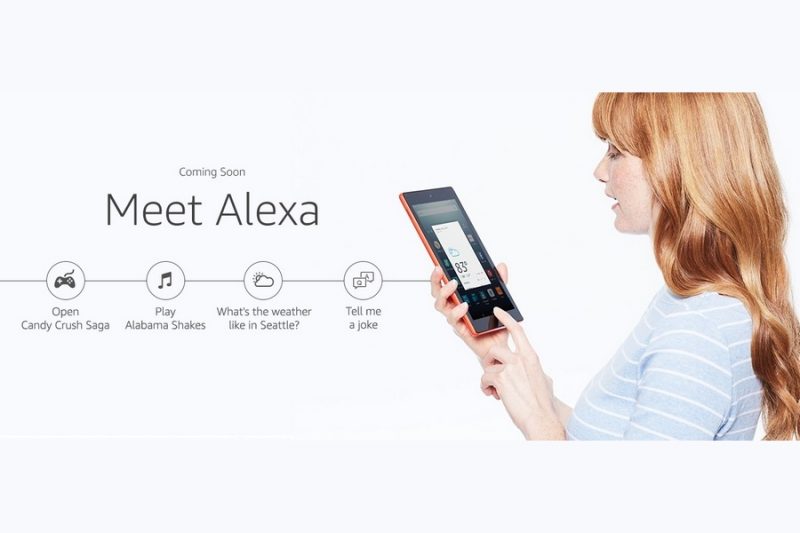 The feature will take advantage of Fire screens by displaying full-screen cards with additional information in response to requests, such as the day's forecast in response to a weather inquiry, or playback controls when music is requested.

Unlike Siri and Google Assistant, Alexa was designed with tablets in mind rather than mobile phones, according to Amazon, so its special skills focus on tasks suited to the home, like setting timers or ordering household items from Amazon. As such, requests for tasks usually performed on the go, like finding nearby bars and services, either result in a simple web search or are redirected to the Alexa app.

Like with the smart speakers, Fire tablet owners can also add skills from third parties such as Uber, as long as the associated app is also installed.

Amazon's addition of Alexa to its tablet range follows Google's newly debuted Google Assistant on its Pixel smartphones, which are set to compete with Apple's iPhones that come with Siri.

Amazon says it will grow the abilities of Alexa and has over 1,000 employees working on the assistant with the intention of hiring more. The company also hopes its introduction on tablets with drive more holiday shopping.

Siri, Alexa, Google Assistant, and Cortana. It's becoming a world of "Her" except for the lone hold out, Watson.
T

I really hate how I can't add new alarms via the Alexa app, only edit current ones. The stupidest thing to exclude

They should all work together and make one assistant for all system/devices.
Call him Jarvis and be done with it .
Reactions: docziandras

Germany, & the Rest of the known World

The company also hopes its introduction on tablets WILL drive more holiday shopping.

Fixed that for you

Keniutek said:
They should all work together and make one assistant for all system/devices.
Call him Jarvis and be done with it .
Click to expand...