As noted by 9 to 5 Mac, the page for iLife '09 on the German Amazon site has been updated to list an availability date of this Wednesday, October 20th, the day of Apple's "Back to the Mac" media event.

It is frequently difficult to assess the reliability of Amazon's item listings for unreleased Apple products, as the company frequently posts placeholders and other estimates based on its expectations for future releases rather than true inside knowledge. But with just two days to go before Apple's media event, the development is certainly being seen as an indication that we may see an iLife revamp.

Amazon has been a frequent source for iLife claims in recent weeks, including iLife '11 pages briefly appearing in early September, and iLife '11 book listings appearing on the German site earlier this month. iLife '09 and iWork '09 were also noted to be backordered at Best Buy over the weekend, adding further hints regarding a potential update. Rumors of iLife kicked into high gear in late July with rumors of a revamp coming in August, but the rumored timeframe obviously didn't come to pass.

9 to 5 Mac also notes that Amazon's U.S. site is showing a price of $49.99 for iLife, although it is difficult to gauge whether this represents a change in Apple's list price for the software from its current $79, as Amazon's prices have long varied significantly up and down over time while remaining below Apple's list price.

Cool, We get an Idea about the release date for iLife
Comment

I'm excited for the Back To Mac presentation, and see what kind of goodness we will get in Mac OS X 10.7, iLife and iWork

I can handle it all, but will my wallet ?
Comment

Amazon has done this before and been totally wrong. Last year, they had placeholders for iLife '10. Note that there has never been an iLife '10. I think it's speculation by an overzealous staff member.
Comment

I'd like to see some apps a bit more streamlined like their iOS counterparts. Maybe 64-bit? I liked that rumor about bringing more iLife apps to iOS. Please make it happen!
Comment
J

I really have high hopes for this event! Hopefully Apple sticks to the "Mac" for this event. 10.7 would be great to see an introduction of, iLife '11 will be much welcomed, updated notebooks. Touch enable computers would be interesting to see, but it is not high on my list right now. A hybrid computer/touchscreen I don't see happening for another couple of years. I mean, Apple could release it this week, but I don't think it will be fully fleshed out and completely accepted by the mainstream for at least a few years. Right now it is great having a computer and having a separate touchscreen device. I am really looking forward to a 10.7 preview and iLife '11/iWork '11. Hopefully they host a live stream like the last event!
Comment

There wasn't a iLife '07 neither. So I guess introducing iLife 11 now would be fine for most of us.
Comment

here's hoping so aswell, got to love SJ's keynotes they send waves of excitment down my spine
Comment
D

Here's hoping it will all be recompiled as 64-bit apps. Need to take advantage of the current hardware and Snow Leopard.
Comment
N

It's just a holder, i think we may see ilife `11 by years end.
Comment
A

Yum iLife 2011 and Lion. And unless Snow Leopard was already compiled with LLVM (Xcode 4 preview feature), Lion mite be even faster.

Though for iLife i wonder what new features they could add, it already does everything quite well without being over complicated.
Comment

Although the German site has '09, iLife 11 will more than likely be release and the Oct Back to Mac venue seems to be a good place to make that announcement as many have speculated.
Comment
B

It would be easier if they went with iWork 12 & iLife 12.
Comment

babyjenniferLB said:
Though for iLife i wonder what new features they could add, it already does everything quite well without being over complicated.
Click to expand...

babyjenniferLB said:
Yum iLife 2011 and Lion. And unless Snow Leopard was already compiled with LLVM (Xcode 4 preview feature), Lion mite be even faster.

Though for iLife i wonder what new features they could add, it already does everything quite well without being over complicated.
Click to expand...

That is the problem, iLife keeps the number of features low for ease of use but then you get frustraited that it can't do something simple. For example Garage Band cn't send MIDI back to a keyboard. All other software like it can. There are a lot of things like this. iPhoto could allow a bit more editing features too

They could also add some other apps to the package. For example a basic vector drawing program
Comment

i hope they update ilife in some form. faces needs to be improved a lot. imovie sucks.

they also should get rid of the year version number and use generic version numbers since they update only every 2 years now.
Comment
M

Amazon needs to work on this if this has happened more than once.

But seriously, this is great news. A new mix of iMovie HD and iMovie 8 would be cool, but unlikely. I use iWeb the most, can't wait to see those improvements.
Comment 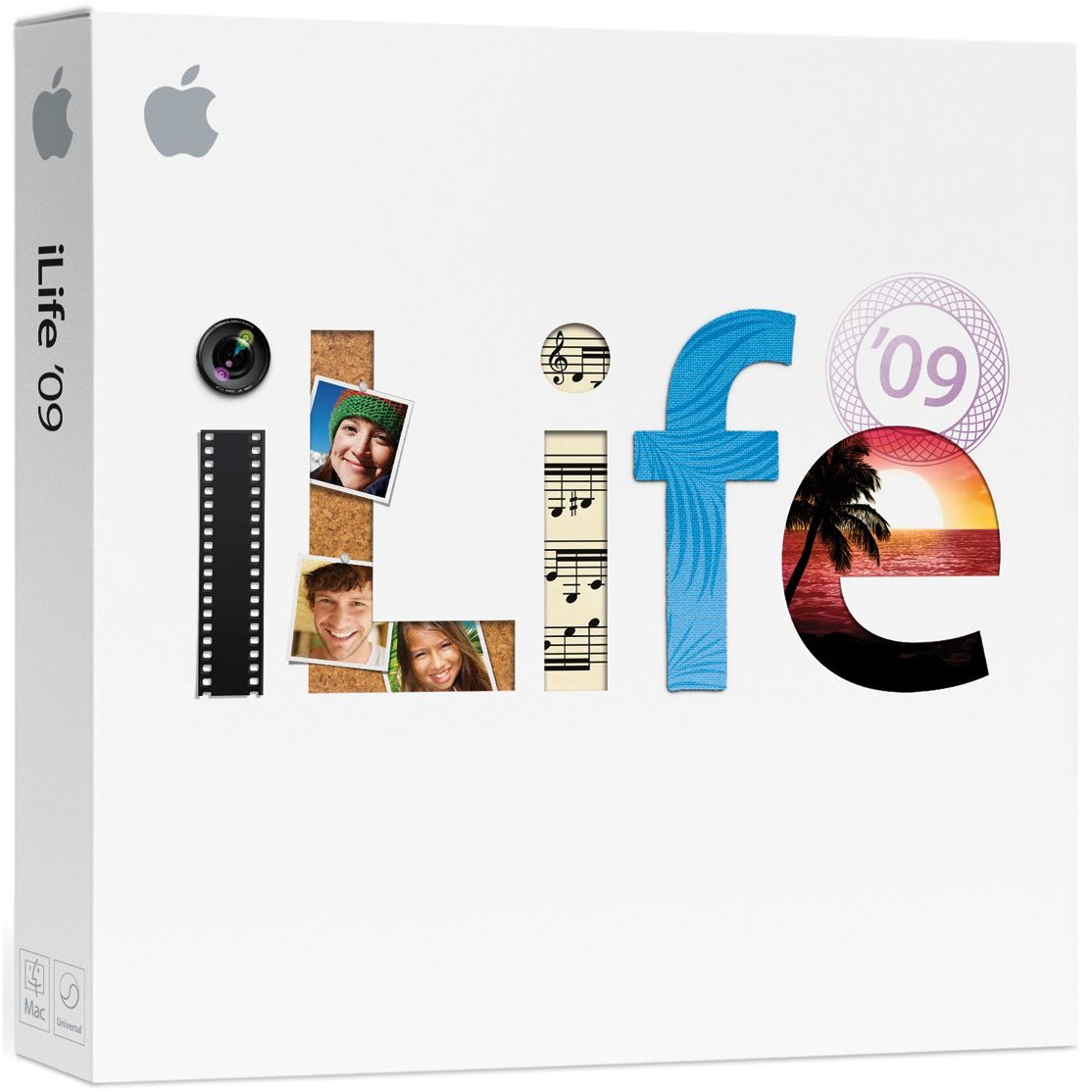 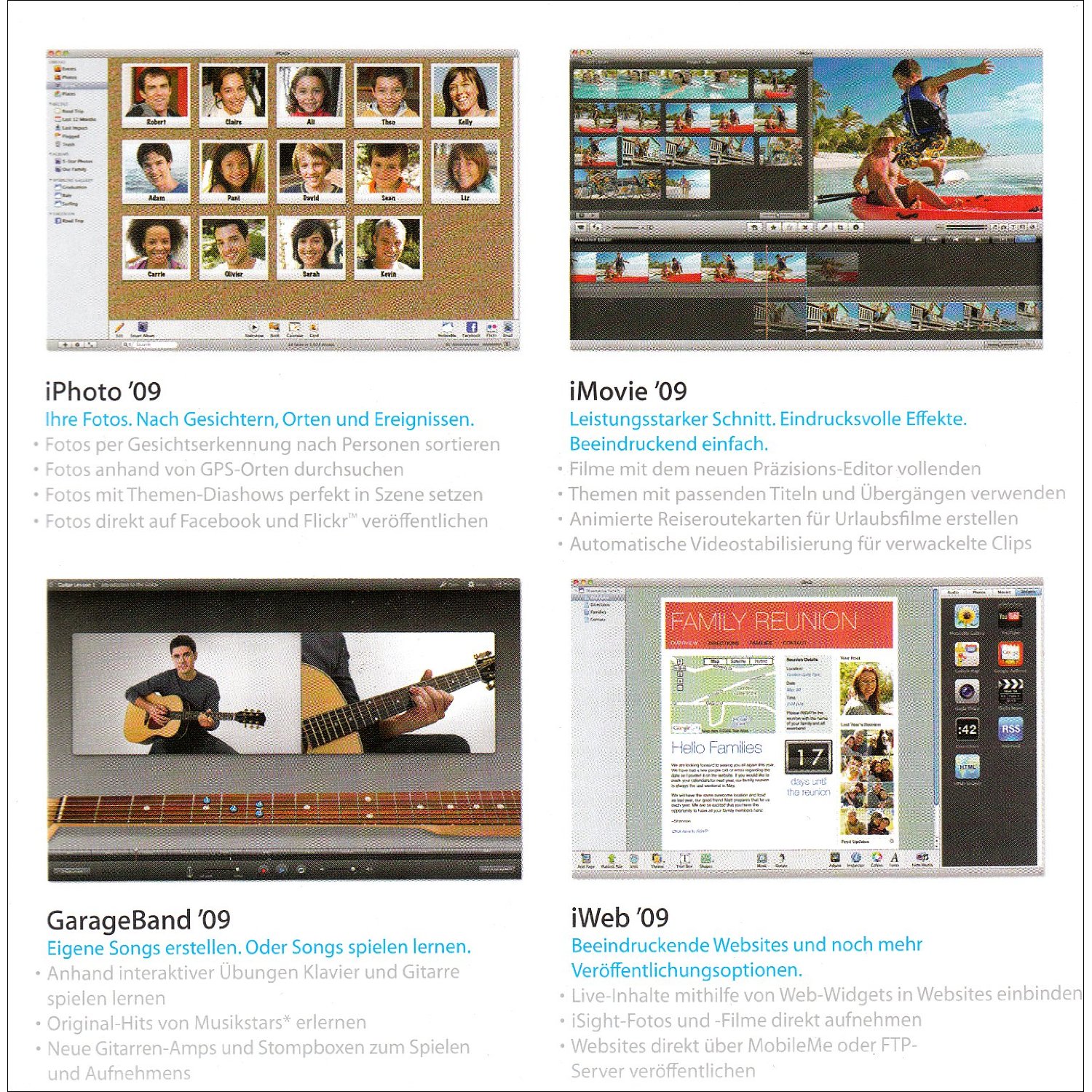