In his note, Munster predicts that the iPhone 5C will not come with Siri, the intelligent personal assistant within iOS, and that the device will replace the iPhone 4S at the bottom of the iPhone lineup. Munster also believes that the lower-cost iPhone will sell for an estimated $300 off-contract.

In terms of the phone itself, we expect the cheaper phone to have a plastic casing, 4" display, and lower end internal specs (processor, camera, memory, etc.) than the 5S/5 line up. Additionally, we believe that Apple may exclude some software features, such as Siri, which we note was not an option on the iPhone 3GS or iPhone 4 upon launch.
Click to expand...

Munster apparently believes that omitting Siri from the iPhone 5C would help differentiate the lineup enough to limit cannibalization of Apple's more expensive iPhones by the cheaper 5C model. It would, however, seem to be an odd move given Apple's efforts to promote Siri and other voice functionality, as well as the fact that the cheaper iPhone 4S currently on the market already supports Siri. 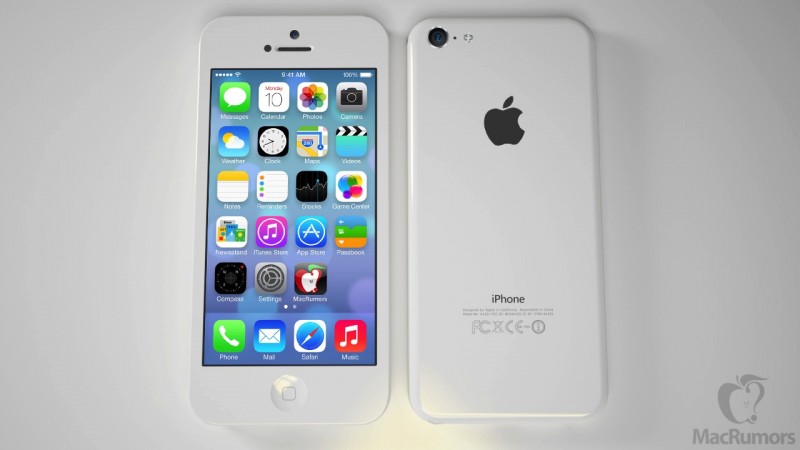 The analyst also makes remarks on the iPhone 5S, stating that the phone will indeed incorporate a fingerprint sensor into the home button, but that the feature would be limited to user authentication.

We expect the iPhone 5S to include a fingerprint sensor with a basic unlocking feature, but do not believe the sensor will be built into iOS 7 enough to introduce a feature like secure payments as we believe that Authentec has only been a part of Apple for less than one year. We believe that payments could be a key feature of the next version of iOS in 2014.
Click to expand...

The phone is otherwise expected to follow Apple's upgrade patterns in processor speed and battery life, moving to a new custom A7 chip while featuring more memory and other spec bumps. Munster expects Apple's new iPhone lineup to feature the iPhone 5S, iPhone 5, and low-cost iPhone, which contradicts an earlier report last month which stated Apple would discontinue production of the iPhone 5 alongside the launch of the iPhone 5S and lower cost iPhone.

Munster also makes predictions on the upcoming iPad line and other products, stating that October would be the likely release month for the fifth-generation iPad and the new iPad mini. The analyst, who has for many years been a proponent of the idea that an Apple television is right around the corner, also states that Apple is likely to introduce a new TV device before the end of 2013, with a 70% chance of the product shipping within the first half of 2014.

Finally, Munster believes that a rumored larger-screen iPhone and the rumored "iWatch" will arrive by mid-2014.

Last week, news hit that Apple would unveil its next generation iPhone at a September 10 event, but it remains unclear if the low-cost iPhone will also be revealed at that time. Apple is also expected to introduce the fifth-generation iPad as soon as next month, with an updated iPad mini rumored to be following fairly soon after.

There's no way Siri won't make it to the 5C.

Munster doesn't have a good record on anything, especially the Apple TV the last few years. His predictions in this article are the same as the rumors we have read.
A

I predict he's wrong about the lack of Siri.

If Siri was put on the ipad mini, then I imagine it will be on the cheaper iPhone

If no Siri for the 5C then it's not due to hardware. Must be due to Apple not wanting its servers to get crushed.

Sounds like another Analyst randomly guessing try to be the one who was "right" and saying to everyone that they are so great they predicted it. Yeah, I don't think so, no way they are dropping Siri; I be it will be more expanded.
3

Gee, I wonder if the plastic will be anything like the 3G/3GS models (Apple just settled a ~$155 million dollar class action suit citing the 3G/3GS models suffered from known defects of which Apple charged costumers for replacements)

MacRumors said:
Munster predicts that the iPhone 5C will not come with Siri
Click to expand...

I agree on the falsehood of this claim. This is a 4S or 5 replacement phone. There is no reason for them to get rid of a flagship feature like that.

Can we have an option in MacRumors settings to hide all stories that originate from analysts? I can come up with something like the iPhone 5C won't have 64gb storage and will start with 8gb instead of 16, does that make me an analyst?

You know there isn't really much else left for phone at this point. It will just be gimmicks on all fronts.
A

bedifferent said:
Gee, I wonder if the plastic will be anything like the 3G/3GS models
Click to expand...

Maybe they took a break (no pun intended) from the plastic case so they could perfect the method to make it. I have no doubt that this plastic will be made using a "revolutionary" process.
K

I think it's doubtful that the 5C would lack Siri. It comes across as blatant "decontenting." Remember, the 5C likely isn't going to be a $300 device. It will likely be a $450 device replacing the 4S in the US and Europe. The design may give them the flexibility to introduce a cheaper version for emerging markets, and potentially where Siri hasn't been adapted for the local language it might be deactivated, but I don't see that in the big markets.

I also think that although the initial use of the fingerprint scanner may be device unlocking, it would be silly for Apple to limit it to that. Link it to Passbook, or open up some APIs to let developers use the technology, as well.

The iPhone 5S won't get a fingerprint scanner...

It will get a palm reader that can predict your fortune.
3

Aidyn's X said:
Maybe they took a break (no pun intended) from the plastic case so they could perfect the method to make it. I have no doubt that this plastic will be made using a "revolutionary" process.
Click to expand...

If the lower cost iPhone were to come without Siri, I would see that as evidence that the licensing costs for voice recognition from Nuance are significant. Not some ham-handed attempt at differentiation.

if that's the case I can see a swarm of people who have waited running out and grabbing up the iPhone 5's that Phone Carriers have in stock.

No offense but the amount of things that "analysts" don't know, could fill the Grand Canyon five times over.

Who cares about rumours by analysts, who have been shown to know absolutely nothing.

JaySoul said:
The iPhone 5S won't get a fingerprint scanner...

It will get a palm reader that can predict your fortune.
Click to expand...

Well when the 5C does come with Siri, can we start ignoring this guy completely?
C

If this new plastic is as good as the old plastic on the 3G then I will buy one for my father. He destroyed one iPhone 4 and one 4S, but his old plastic iPhone 3G is still working fine despite the fact it's really slow now.
A

BJMRamage said:
if that's the case I can see a swarm of people who have waited running out and grabbing up the iPhone 5's that Phone Carriers have in stock.