The original iPhone and iPad versions of Rovio's hugely popular Angry Birds game are currently free for the first time on the App Store. TechCrunch says that the move is part of Apple's "App of the Week" promotion, although Apple has yet to update its App Store pages with new banners. 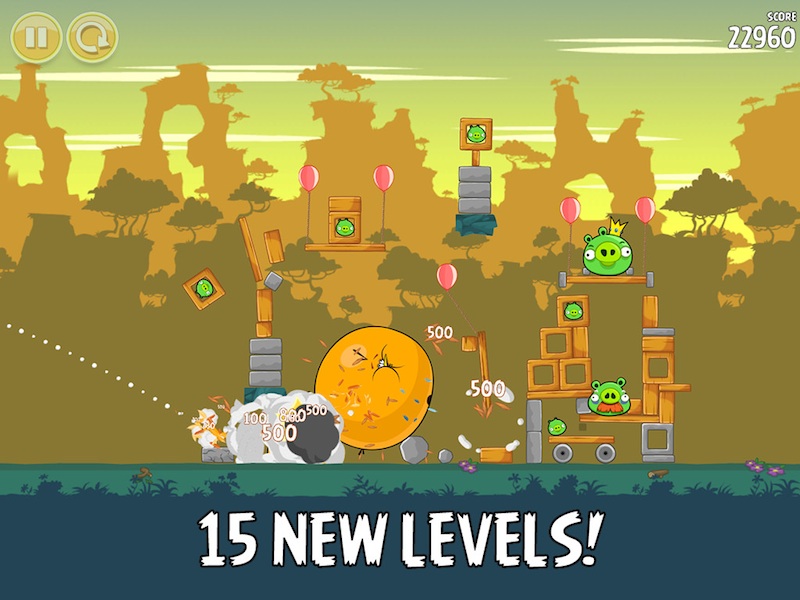 Angry Birds launched on the iPhone in December 2009, with the "HD" version for the iPad following in April 2010. Since January 2011, Rovio has offered free sampler versions of the apps with unique levels, but this is the first time the full versions of the game have been free on iOS. The Android version of the app has long been free, but that version is ad-supported while the free iOS version does not currently contain in-app ads.

In addition to the price drops, Rovio has also added 15 new levels to the "Bad Piggies" episode in the games. Angry Birds Space and Angry Birds Space HD have also been updated with a new theme song from legendary Guns N' Roses guitarist Slash, who has also received his own honorary Angry Bird image.

If it's "free" as in "we'll keep trying to play video ads between each level" like they did for Bad Piggies, I'll pass.

I held out and didn't buy it and this my reward!!

Nah, I was one of the first to buy it.

Yvan256 said:
If it's "free" as in "we'll keep trying to play video ads between each level" like they did for Bad Piggies, I'll pass.
Click to expand...

They go a lot further than that.

hmm... I may give angry birds on iPad a shot for the first time.

I bought it for iPhone years ago. But I refuse to pay 3 more dollars for an HD version for my iPad when I can just upscale the 99 cent version.

Free is a good price though. I'll buy it for free.

didn't this already go free a month ago?
R

Pretty sure the full iPhone version has been free in the past, at least it has in the UK store.
C

pnoyblazed said:
didn't this already go free a month ago?
Click to expand...

I thought so to...although maybe that was Angry Birds Seasons.

Angry Birds Rio HD is also free at the moment.

C DM said:
I thought so to...although maybe that was Angry Birds Seasons.
Click to expand...

It was indeed Seasons. And Rio before that.