Just curious to see how many out there have bought the 27" base or mid iMac model with the 256gb SSD.

Just ordered mine. Base 27" with 256gb. Will see how it holds up. Will probably get an external SSD when the need arises.


Tjmckay4 said:
Just curious to see how many out there have bought the 27" base or mid iMac model with the 256gb SSD.

shunter said:
Just ordered mine. Base 27" with 256gb. Will see how it holds up. Will probably get an external SSD when the need arises.
Click to expand...

I'm in the same boat here. Base 27" with 256gb SSD. I should be getting it on Friday and I can give an update here soon after. Though this will be my first ever mac so there's not much to compare it to.
Reactions: Glideslope

I think you'll be happy with the SSD against the processor. You'll see good performance. Avoid the fusion drive if at all possible. I would choose to upgrade the drive over any component at this moment. Those drives are terribly slow!
P

Ordered the same thing Yesterday (Base 3.4 with 256 SSD). Should be here early next week

mikepetrou said:
I'm in the same boat here. Base 27" with 256gb SSD. I should be getting it on Friday and I can give an update here soon after. Though this will be my first ever mac so there's not much to compare it to.
Click to expand...

Congratulations on your first Mac. You'll never go back.

I've had the base level 27 in with a 256 GB SSD for a few weeks now. For reference, I upgraded from a Late 2012 Mac Mini i7 with a 500 GB SDD and a 1 TB spinning drive with 16 gigs of ram. So far, I am very, very happy. The SSD is unbelievably fast and I haven't had an issue with space yet. The SSD is only for apps and whatever I'm currently working on (usually video files), everything else goes to an external 1 TB hard drive that has about 300 gigs of data on it currently.

I think the 27 in with 256 GB of storage is the best bang for your buck that Apple currently offers. External storage is cheap and 256 GB of storage is more than enough for most people. In a perfect world, I would've liked to get 512 GB of storage (to help future proof a little more), but the pricing on that didn't work for me.
Reactions: Nintendo64 and chunster
P

I have the base model 27" with 512 SSD. No regrets. Money was not an issue; I chose it because it was the coolest-running model. I got it to hold me over until the next Mac Pro arrives, but I have to say I'm quite impressed by it. Stretch for an SSD vs. a spinner and the base model is great. Very snappy, and the fan never spins up much.

The main reason to get the mid-tier model is the faster GPU, but the 570 is already excellent - as fast or faster than the fastest previous generation GPU while running much cooler.

As mentioned, even 256GB is OK for many people since USB3/TB makes external drives fast and flexible, and an external will be much cheaper than Apple's SSD prices.

At present, I have a 1 TB Evo 850 attached via USB-3. It's plenty fast and I don't notice much difference vs. the internal. I'm also looking for a suitable enclosure for a 1TB 960 Evo M.2 drive that I have, which should be as fast as the internal drive. It's nice to just pocket a drive and take it with you.

Great to hear feedback from those who went with the base model and upgraded to SSD.

I opted for the base and upped to 512 SSD but would have happily gone with the 256 if it weren't for a reseller having an offer so ended up doubling it.

I deliberated so much on which i5 to get or whether to up it to the i7 but going with the base has meant can spend funds elsewhere and still have a fast machine for photo and video editing along with web dev stuff.

For external I currently have a 1TB USB3 2.5 drive and 250 SSD but in the future will get a 1TB SSD in a USB-C enclosure for project files and a 4TB archival drive.

Thanks for the feedback Ph. D and everyone else. Do you reckon that the base would be able to handle light 4k video editing in iMovie?
P

Tjmckay4 said:
Thanks for the feedback Ph. D and everyone else. Do you reckon that the base would be able to handle light 4k video editing in iMovie?
Click to expand...

People doing long video jobs for a living need all the speed they can get, almost without regard for cost. But a more casual videographer or photographer should find the base model just fine. Remember, it's already faster than the previously-fastest model in most respects.
P

For simple iMovie stuff and 4K watching - no problem. I do some amateur music videos with 1080P source and transcoding to 720P for Youtube. The Base model was 12% slower than the i7/580 . I am sure the other would show its strength better elsewhere but for non demanding stuff (like I do) - the base model will do fine - and with 256SSD - even better!! Mine will be here Monday for Pro Audio multitrack work and simple videos.
T

Thanks propower. What about 4k editing?
P

Tjmckay4 said:
Thanks propower. What about 4k editing?
Click to expand...

Its a good question but I have no experience on that yet. So far my video footage is all 1080P. Hopefully some others can weigh in.
T

Ph. D said the base could handle 4k editing.

I can afford the mid, but wondering if it's worth it if I'm only going to be doing light 4k editing (only in iMovie). Also, I think the mid might get a little hotter/noisier than the base.
J

I went with the base iMac 27 with a 1TB SSD vs going with a Mid-Tier with 512SSD. I really wanted the internal SSD. I do a lot of 1080P video editing for the future and also some 4K coming up, and it will be nice to have it. I researched and the 575 bump from 570 isn't going to make THAT much difference. The base 570/4GB Video Ram is still supposed to be excellent. Plus I'll have a total of 40GB RAM once I install my Ballistic Sport from Crucial.

I also will be getting Final Cut Pro X, and I opted for the Magic Trackpad 2. Hope it works out!
W

I just bought one and I plan to buy another set of Apple stock 8GB RAM from ebay or somewhere to make 16GB RAM. My 12" MB has 8GB RAM and it's plenty fast so iMac's desktop-class CPU, 16GB RAM, and 256 SSD should hold me over for 2-3 years. I think this combo is the most bang for the money.
K

Here are some benchmark results. 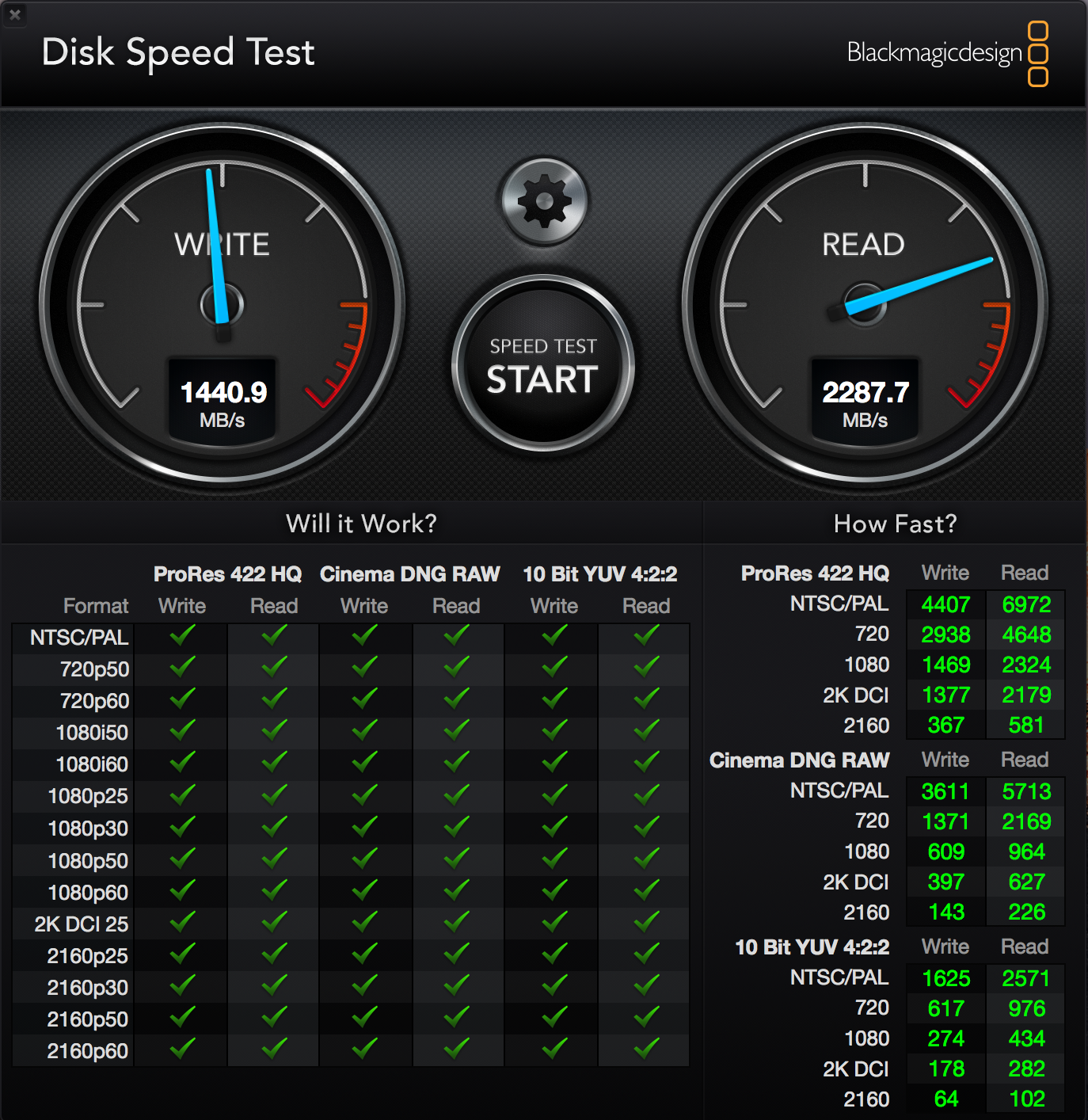 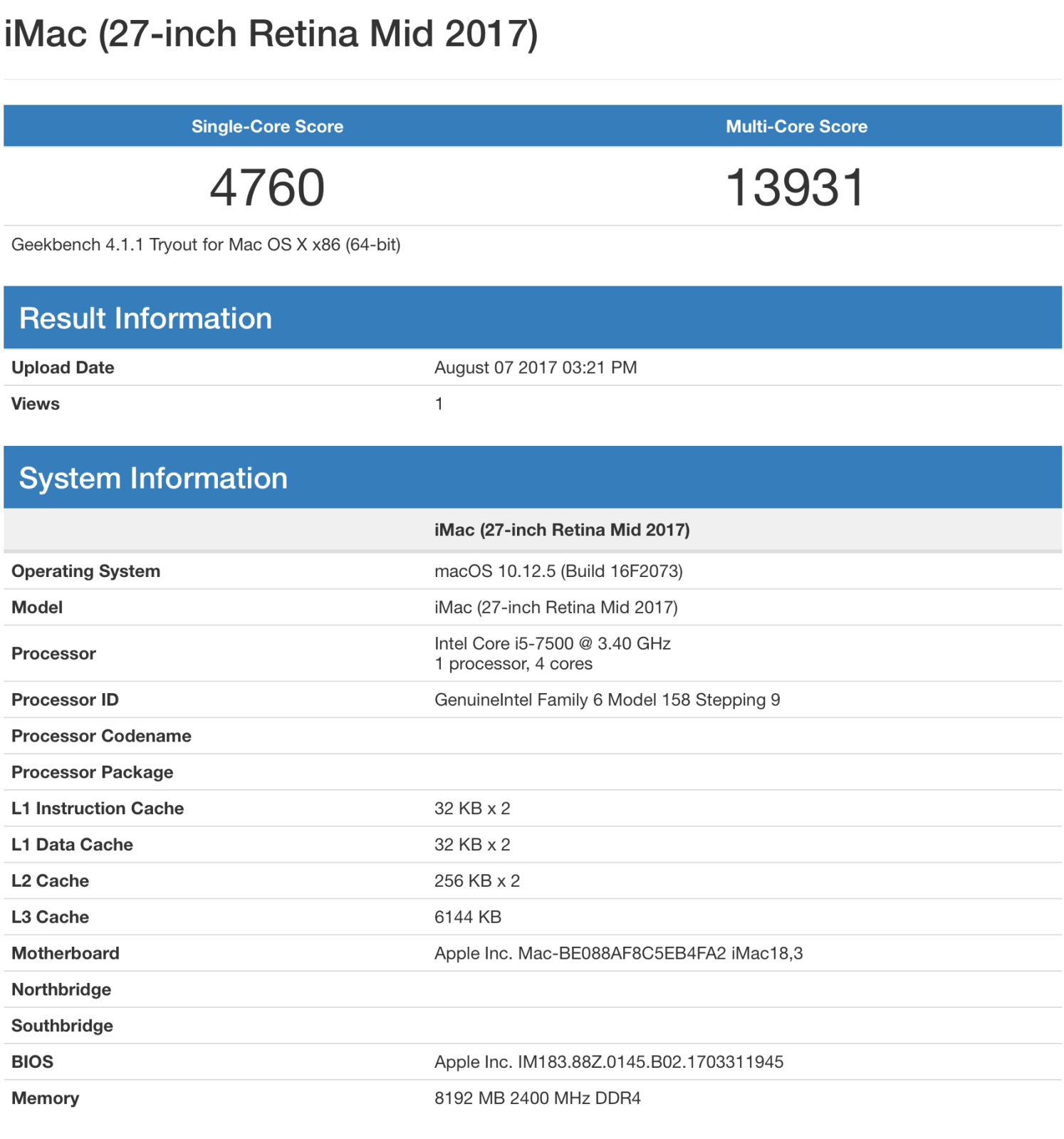 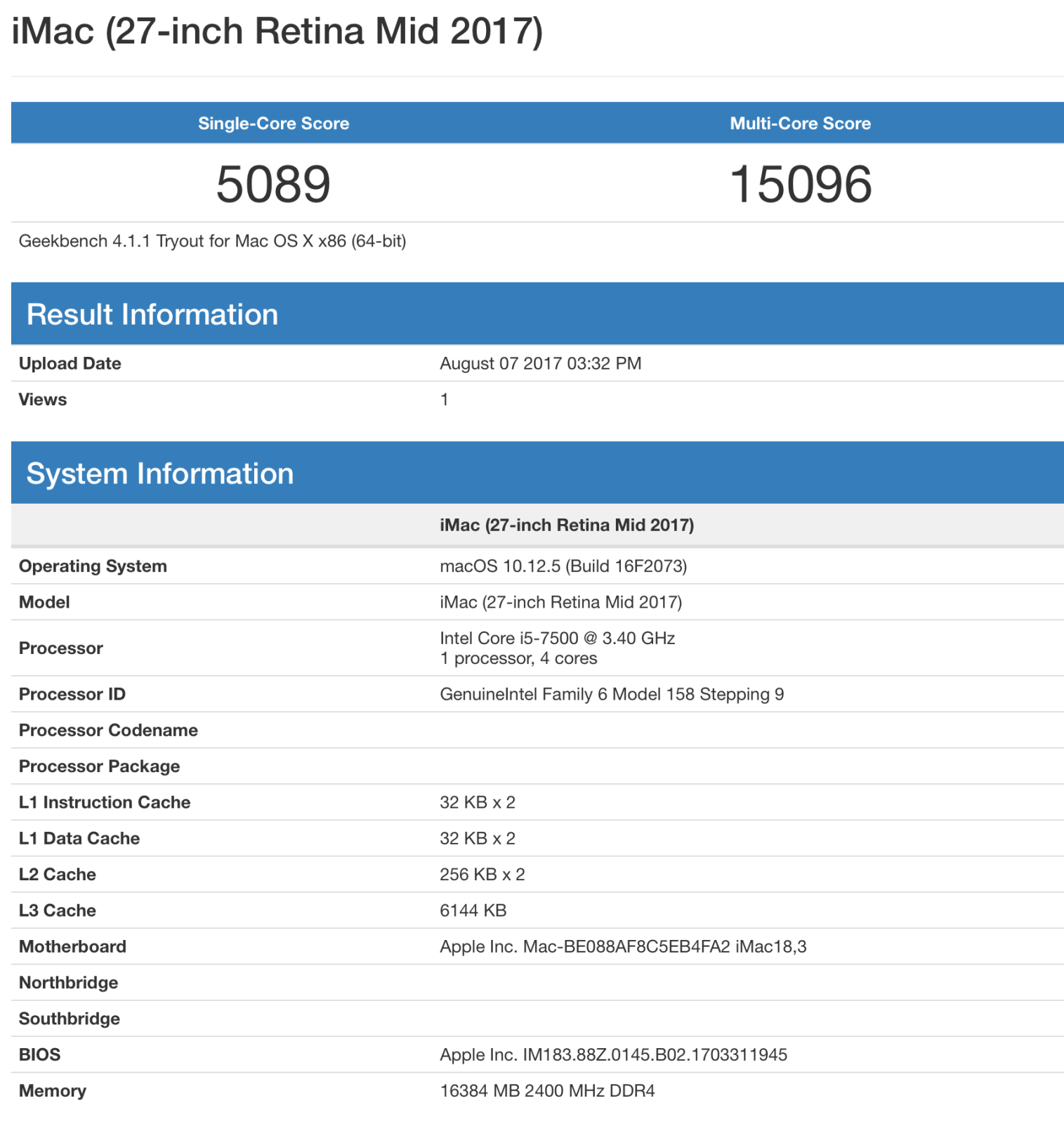