Anyone else move FROM rugged to thin case?

I purchased an Otterbox Defender around the time that I picked up my iPhone 5. I had a Griffin Survivor on my iPhone 4 back in early 2011 (I'm on Verizon) and didn't regret it one bit. It gave the iPhone a sort of "I'll bounce off of concrete" look to it and gave it the same type of look as a Panasonic rugged laptop.

However, for some reason with the iPhone 5 I felt like I was doing it injustice. I pull it out of the case and I think "ohhhhh... ahhhh.... it's so magnificent...".

I was with this girl I'm dating and we were at my school's bookstore checking out cases. I saw the Moshi case, so I promptly hatched my iPhone 5 out of its dinosaur egg case and purchased the Moshi with a cheap $5 screen protector. 10 minutes later and I feel like I have a phone from 2012 again.

I guess I just feel like, I'm 26 years old now. I haven't dropped a phone since I had my S3 and even then, it wasn't in a case, fell on concrete and only the very far corner slightly chipped. My iPhone 4, Thunderbolt, various other devices never slipped out of my hands.

The Defender also somewhat destroyed the image quality of the iPhone 5 display. Colors just felt washed and the resolution didn't seem as sharp. I noticed the same thing when I threw a Moshi AG on my iPad 4. It felt like great protection and no air bubbles but the Retina didn't look Retina anymore.

Anyone else go from full on protection to thin and sleek? I've also gotten a lot more compliments on how nice my phone looks without RoboCop defending it.

Does Speck CandyShell to Belkin Grip Candy count? I'm on the verge of moving to an even thinner case, but I haven't found one I like. That's probably because all the ones thinner than the Belkin are made of plastic. I may move to just a full body skin if the next iPhone is announced and I decide not to upgrade. 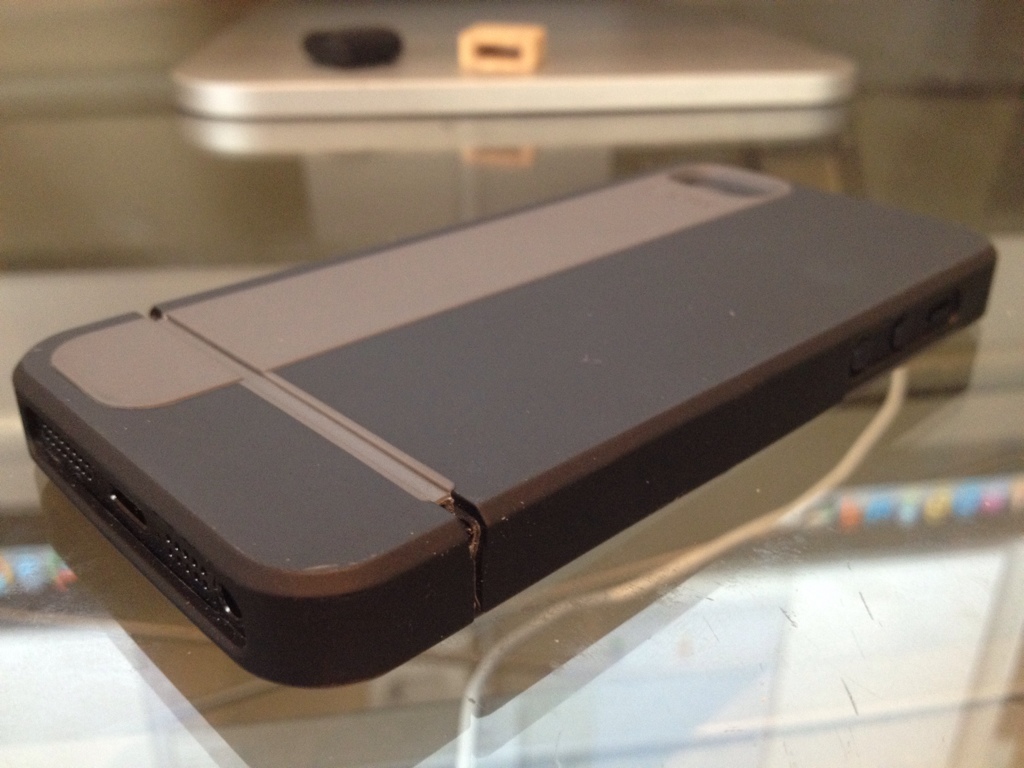 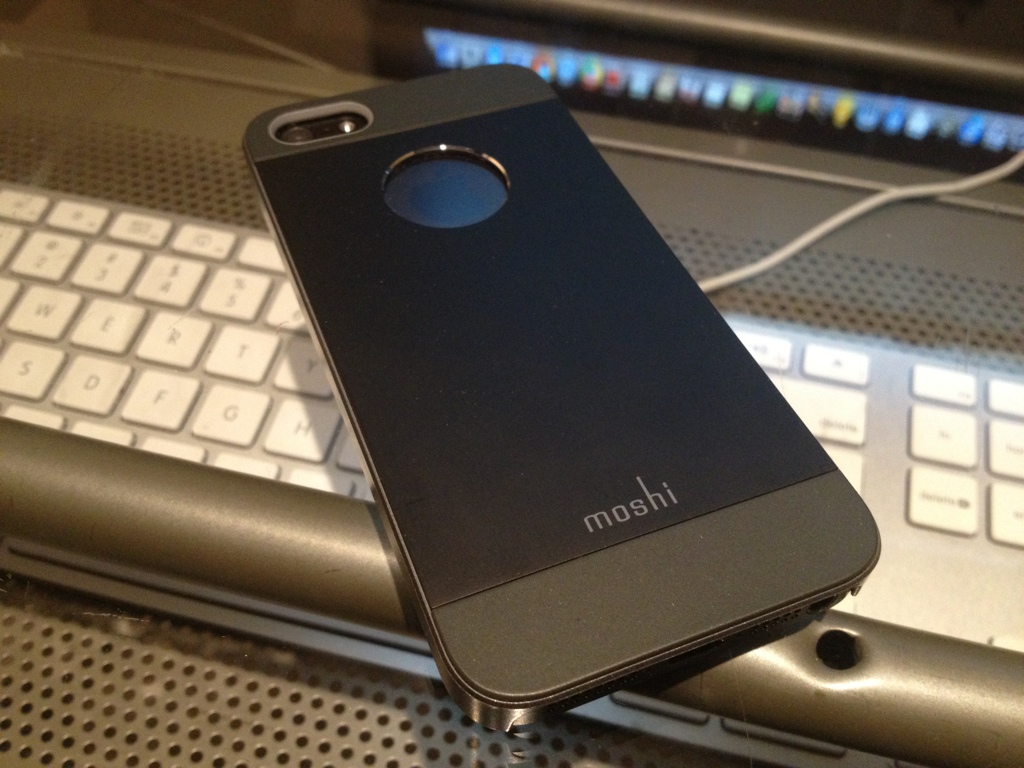 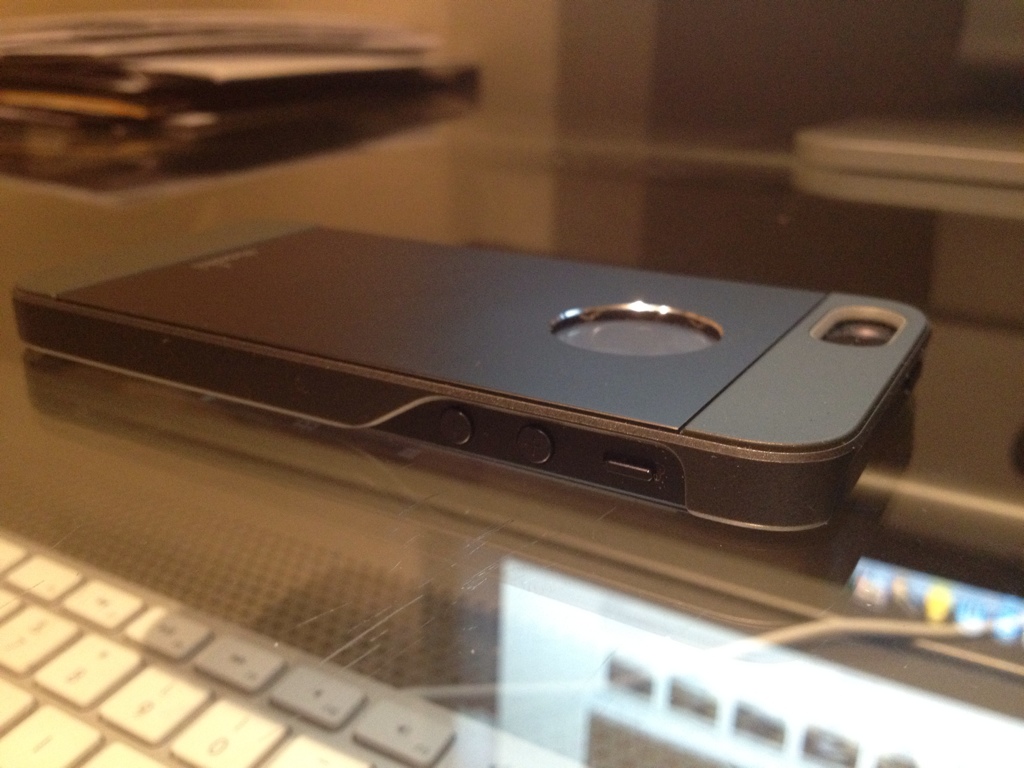 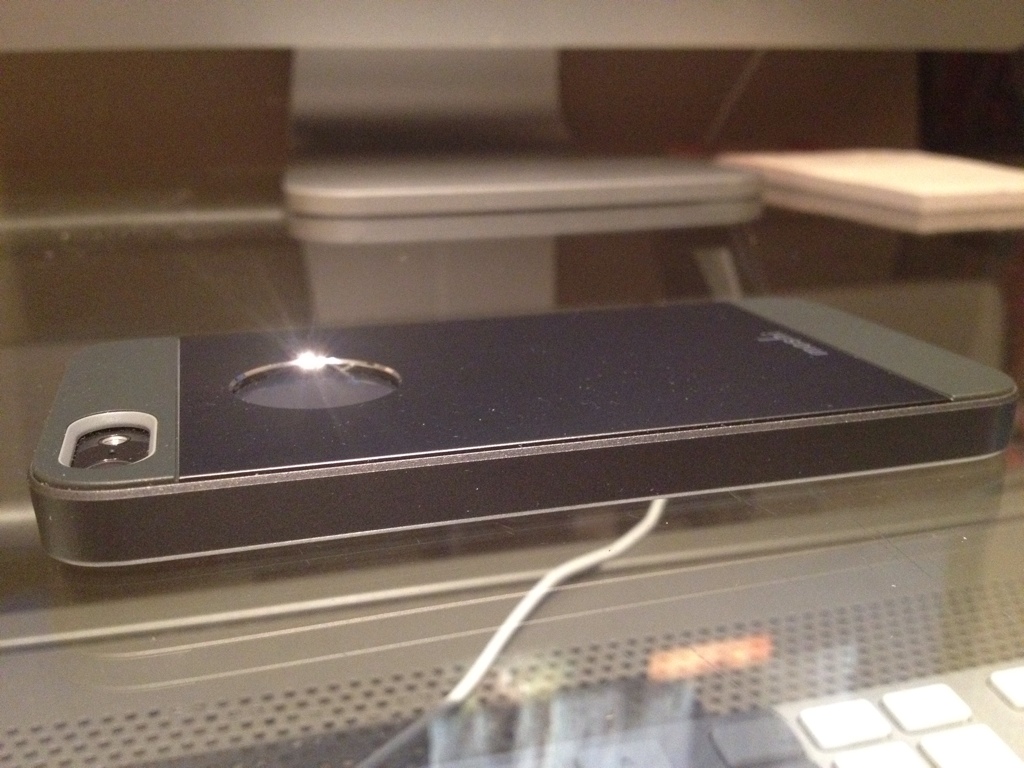 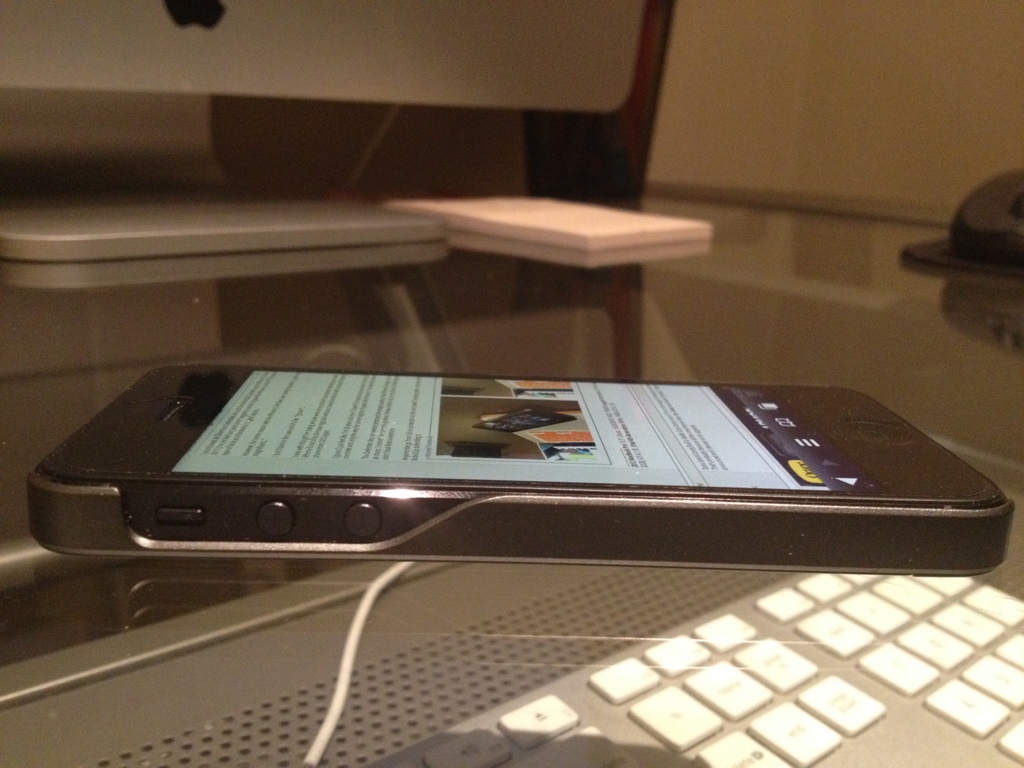 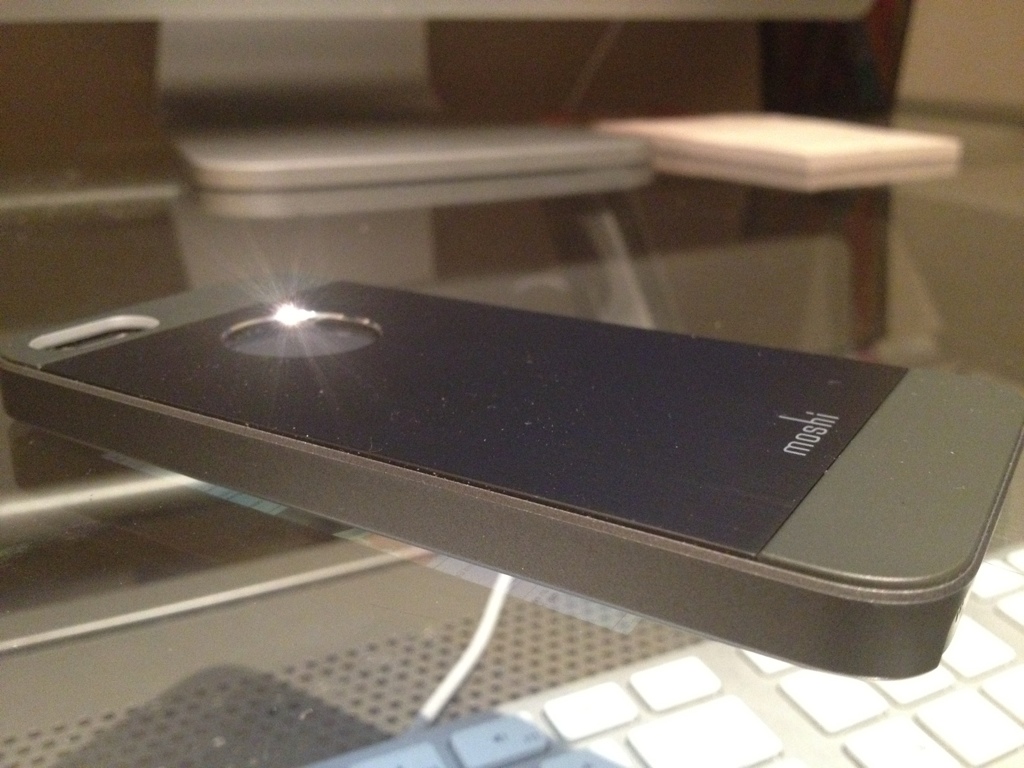 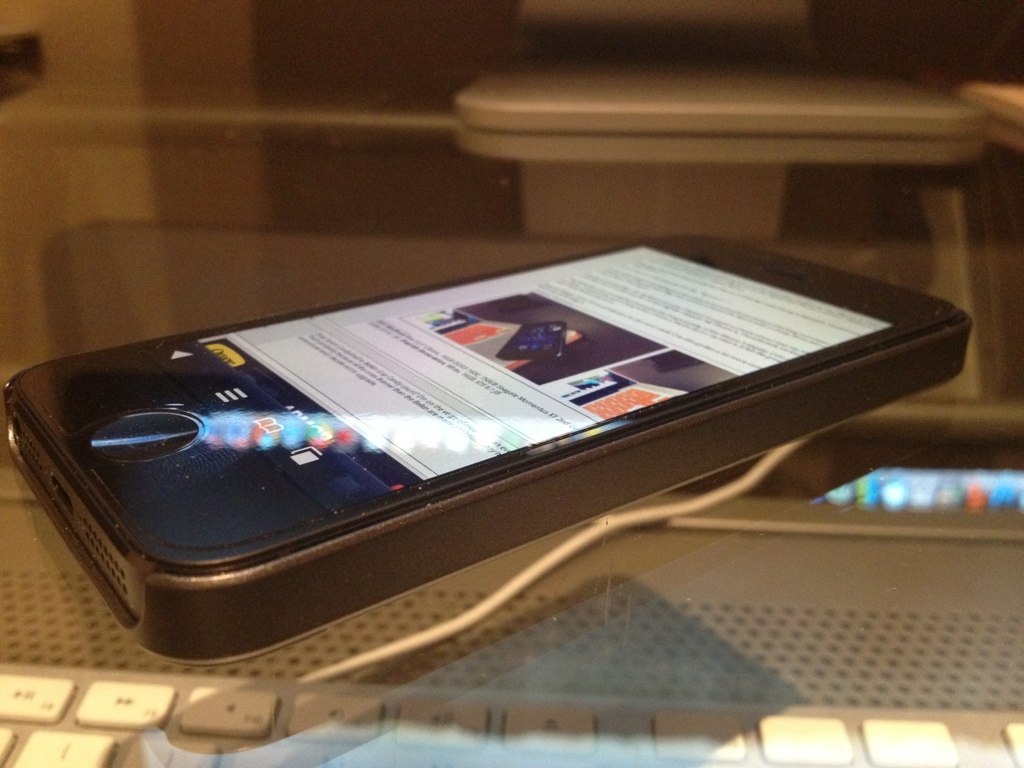 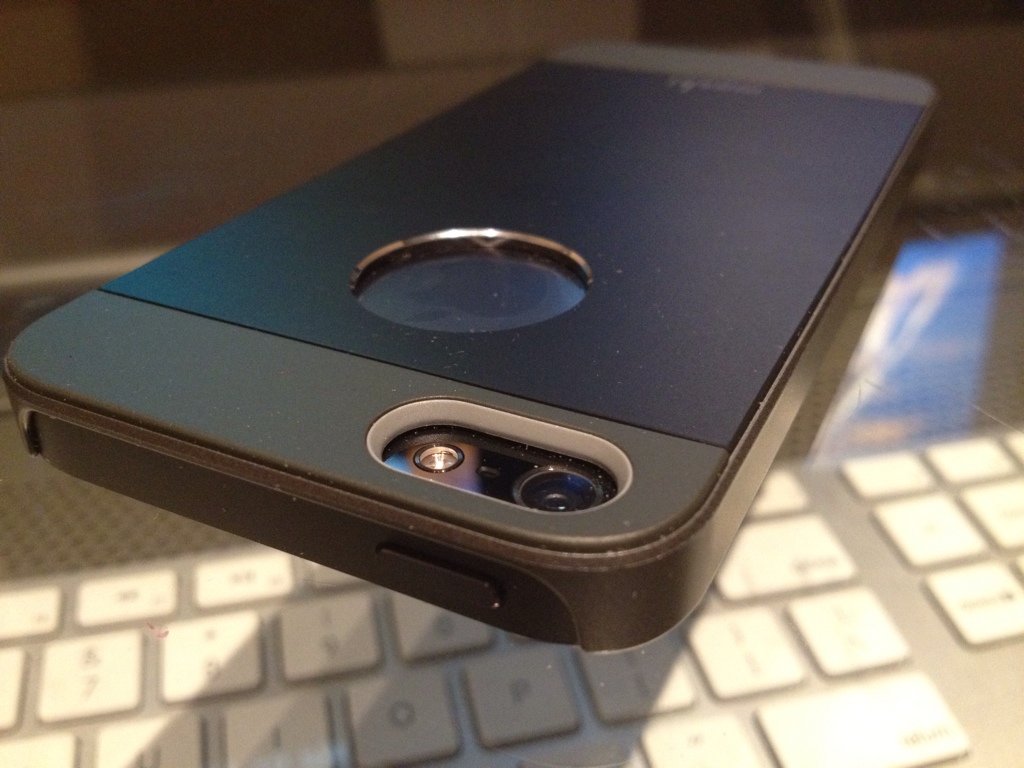 Yeah, on the 3GS and 4 I always used speck candyshell or the pixel skin hd on the 4. On the 4s I started experimenting with different bumpers off of amazon and the last two months I had it I had a uco skinny bumper on it. BEST CASE EVER!

Now that I have the 5 the closest thing I could find to the uco skinny bumper was the zagg perimeter. It's not anywhere near as nice as the uco, but it's still a lot thinner than any other bumper case.

I also tried using a lot of different skins that go along the steel band on the iPhone 4s, but they would only last about two weeks tops and they would start peeling up really bad at the dock connector from where I would put it in and out of my pocket so I gave up on those pretty quickly.

I think a lot of people feel like they have to buy large bulky cases when they first get the iPhone so they can protect it. After a while you realize you don't really drop it as much as you think you would and you could easily move to a smaller case and still not have to worry about breaking it for the most part.

I went from the lifeproof fre case for the 5 (I figured I would need it) to a case-mate artistry style. For me, the lifeproof was actually a decent fit. The case was quite thin for as rugged as it was. The only problem was the usability of the case. The plastic screen protector over the front of the phone is rubbish. The plastic cover lifts off of the screen after a while, making touch sensitivity practically non-existent. The microphone was also lacking sensitivity as well, but it was usable. After having this super rugged case for a while, I realized I didn't need it.

I then went with the case mate artistry wood style. It's a nice thin case that still has a lip on the front keeping the screen protected.

One of the requirements for my case is that's its easy to remove. I want an incipio atlas, but I don't want it on all the time, just camping/beach etc. Is the atlas is no good, I will get the OB Armor.

For day use its Belkin Candy Sheer Grip, probably the best all around everyday case IMO (along with the incipio frequency).
T

I cant stand rugged cases anymore. Totally takes away from the original experience of the device. I try to go as slim as possible now.

Guess I'm 1 of the only that went from being naked, bumper style case for the iPhone 5 to a life proof and hopefully soon to a atlas. I wouldn't have done it if iOS 6.1.3 didn't break the evasi0n jailbreak...
You must log in or register to reply here.
Share:
Facebook Twitter Reddit Email Share Link
Register on MacRumors! This sidebar will go away, and you'll see fewer ads.
Sign Up
Top Bottom