The App Store is experiencing a temporary outage that started at 7:30 a.m. Pacific Time, according to Apple's System Status website. Apple's site says that there's an unspecified ongoing issue that's affecting some users.

Part of the problem appears to be linked to in-app purchases, based on a tweet from a Fortnite Twitter account, which says that in-app App Store purchases are unable to be completed at this time. 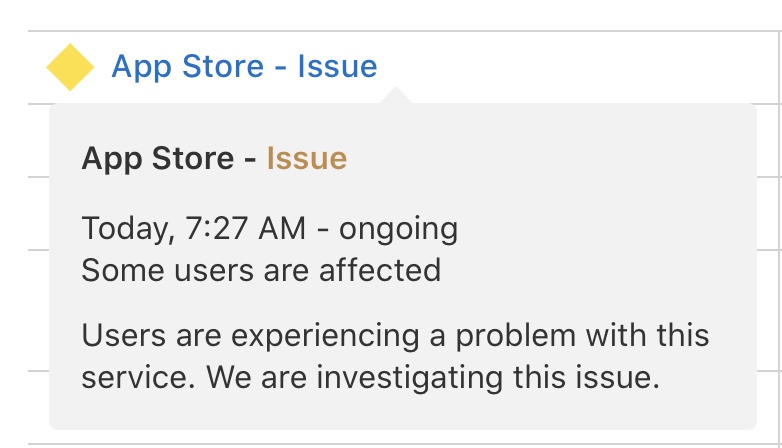 Other users have complained about not being able to make purchases from the App Store, receiving an unable to connect message.

There's no word on when the App Store problems will be resolved, but we'll update this article when the issues have been addressed.

Update: Apple is no longer listing an outage on the System Status website, suggesting the issue has been fixed.

Purchased an app this morning without incident. Maybe it only affects users west of the Mississippi River.

After reading this all I could think

I have an iPad waiting for a software update. When I tapped "Download and install," the text would blink but then return to saying "Downlaod and install". Now I know why it was failing.

m0sher said:
After reading this all I could think

wacky comedy h RH at is Airplane! Apple’s WWDC 2017 tried to replicate this panic yet fell short and increased the sweet comedy of it.
Reactions: m0sher