During today's iPad-centric event, Apple announced that it now has more than 1 million apps in the App Store, which have been downloaded more than 60 billion times. Developers have been paid $13 billion in total as well, up from $11 billion in July. 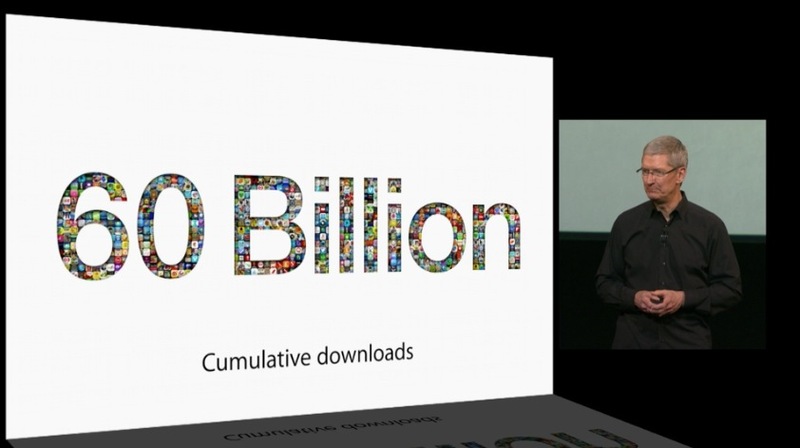 Apple also announced that iOS 7 is now running on approximately 64 percent of all iOS devices. It was the "Fastest software upgrade in history." iTunes Radio, a service that was introduced alongside iOS 7, now has more than 20 million listeners that have played 1 billion songs over the course of the last month.

Apple's media event has now ended, with the company debuting the iPad Air, a new Retina iPad mini, revamped Retina MacBook Pros, and new versions of its iLife and iWork suite of apps for both Mac and iOS. Apple has also given a December release date for its Mac Pro and announced the release of Mavericks, which is available today for free.

The cumulative downloads is getting less and less important during the keynotes.

Did we see an article just a few days ago on MR that showed how adoption of iOS7 was slower than iOS6? I'm confused.
You must log in or register to reply here.
Share:
Facebook Twitter Reddit Email Link
Register on MacRumors! This sidebar will go away, and you'll see fewer ads.
Sign Up
Top Bottom