Apple tonight officially announced the winners of the Apple Design Awards 2019. Recipients are selected based on what the company thinks are some of the best apps for various Apple platforms. 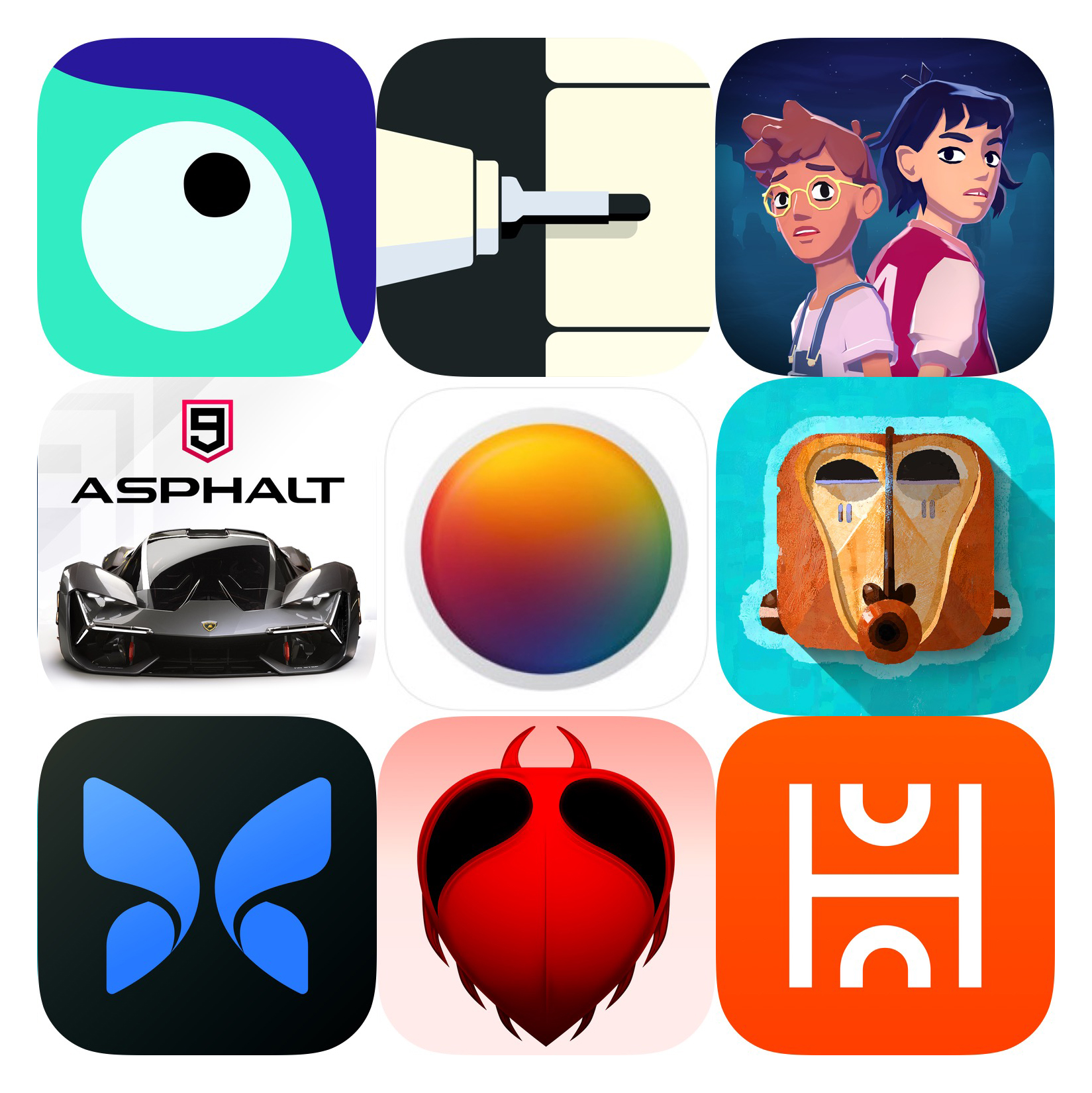 This year, Apple chose a total of 9 apps that work across iPhone, iPad, and Mac, with the winners listed below:
[*]Ordia - a one-finger action platform game.
[*]Flow by Moleskine - a practical and artful note-taking app.
[*]The Gardens Between - a puzzler in which players control the passage of time.
[*]Asphalt 9: Legends - a high-powered, console-grade arcade racing game.
[*]Pixelmator Photo - a powerful yet approachable image editor.
[*]ELOH - a puzzler involving shifting blocks to direct bouncing balls.
[*]Butterfly iQ -- Ultrasound - a CE-approved, FDA-cleared whole-body ultrasound app.
[*]Thumper: Pocket Edition - a heavy-metal rhythm game with impressive graphics.
[*]HomeCourt - The Basketball App - a coaching app with AI-powered shot tracking.
Apple plans to make a video of the Apple Design Awards ceremony available online in the near future, and it will be available on the Apple Design Awards website.

Aside from a cube-shaped trophy and exposure in the App Store, all Apple Design Award Winners receive a maxed out MacBook Pro and iMac Pro, an iPhone XS (512GB), a 12-inch iPad Pro and Apple Pencil, an Apple Watch Series 4, an Apple TV 4K, and a pair of AirPods.

Wow, you win the Apple Kitchen Sink if you win this.
(I know, the exposure is probably more important.)
Reactions: Cosmosent
Comment

I like how Moleskine reset their App Store app rating after this was announced (likely to get rid of the overwhelmingly negative response to their subscription pricing).
Reactions: Cosmosent and idktbh
Comment

Geez, on a mac these links open up either iTunes or App Store, besides having a window open in Safari already...
Comment

fairuz said:
Wow, you win the Apple Kitchen Sink if you win this.
(I know, the exposure is probably more important.)
Click to expand...

I know, right? I could do without the Watch & AirPods, but I wouldn't mind the other stuff!