Listed as coming soon in Apple Arcade, the new titles include "MasterChef: Let's Cook" from Tilting Point and "Layton's Mystery Journey+" from Level-5. No specific release dates have been announced for either game at this time. 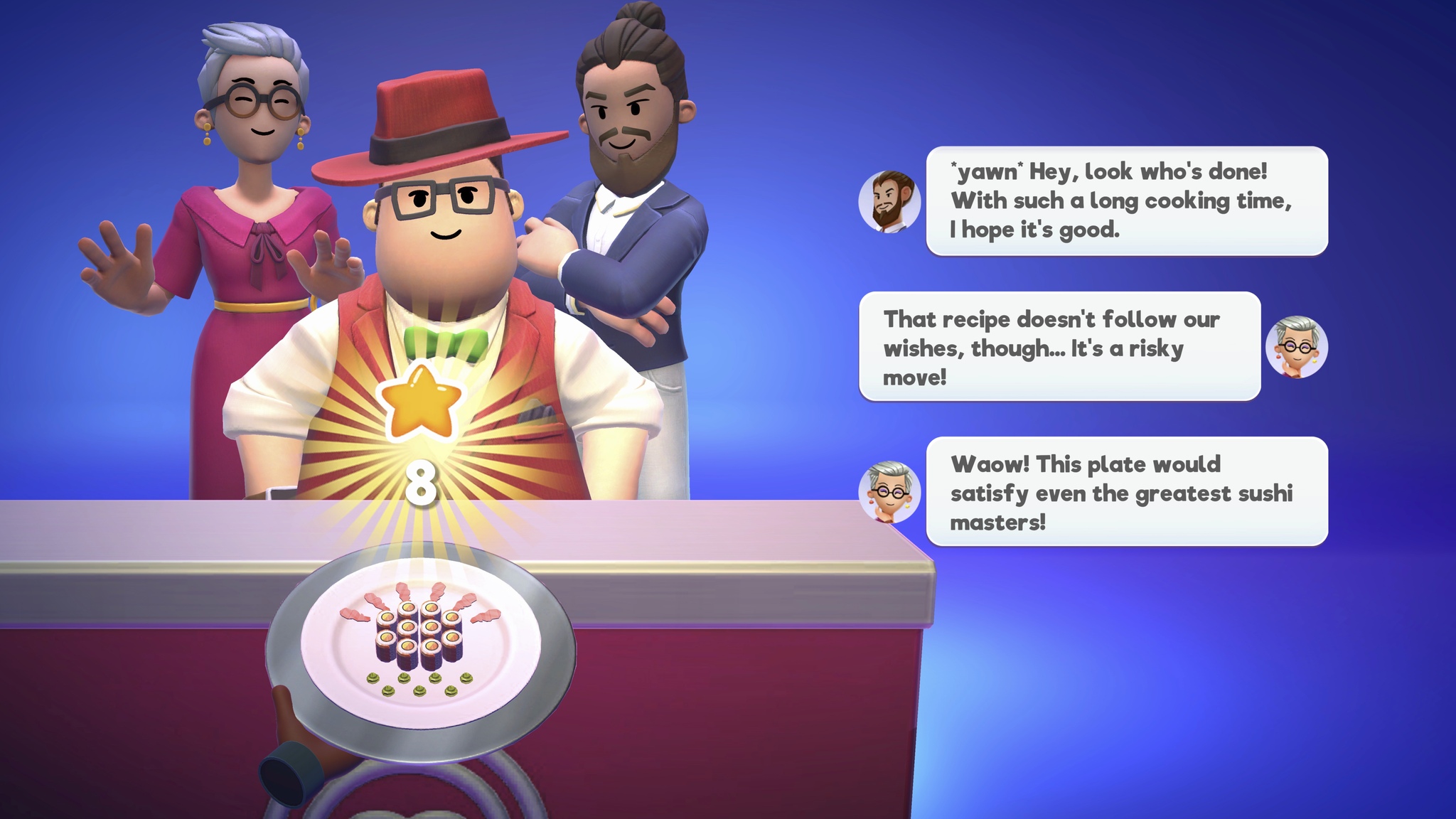 "MasterChef: Let's Cook" is an all-new game that will challenge players to prepare and serve food dishes in a fast-paced cooking competition inspired by the world-renowned TV show. Players will attempt to showcase their cooking abilities to become the number one chef as they are matched with other players around the world, according to Apple.

The game will also be updated with weekly in-app events based on specific themes and seasons such as Gourmet Burger Show and Spooky Show. 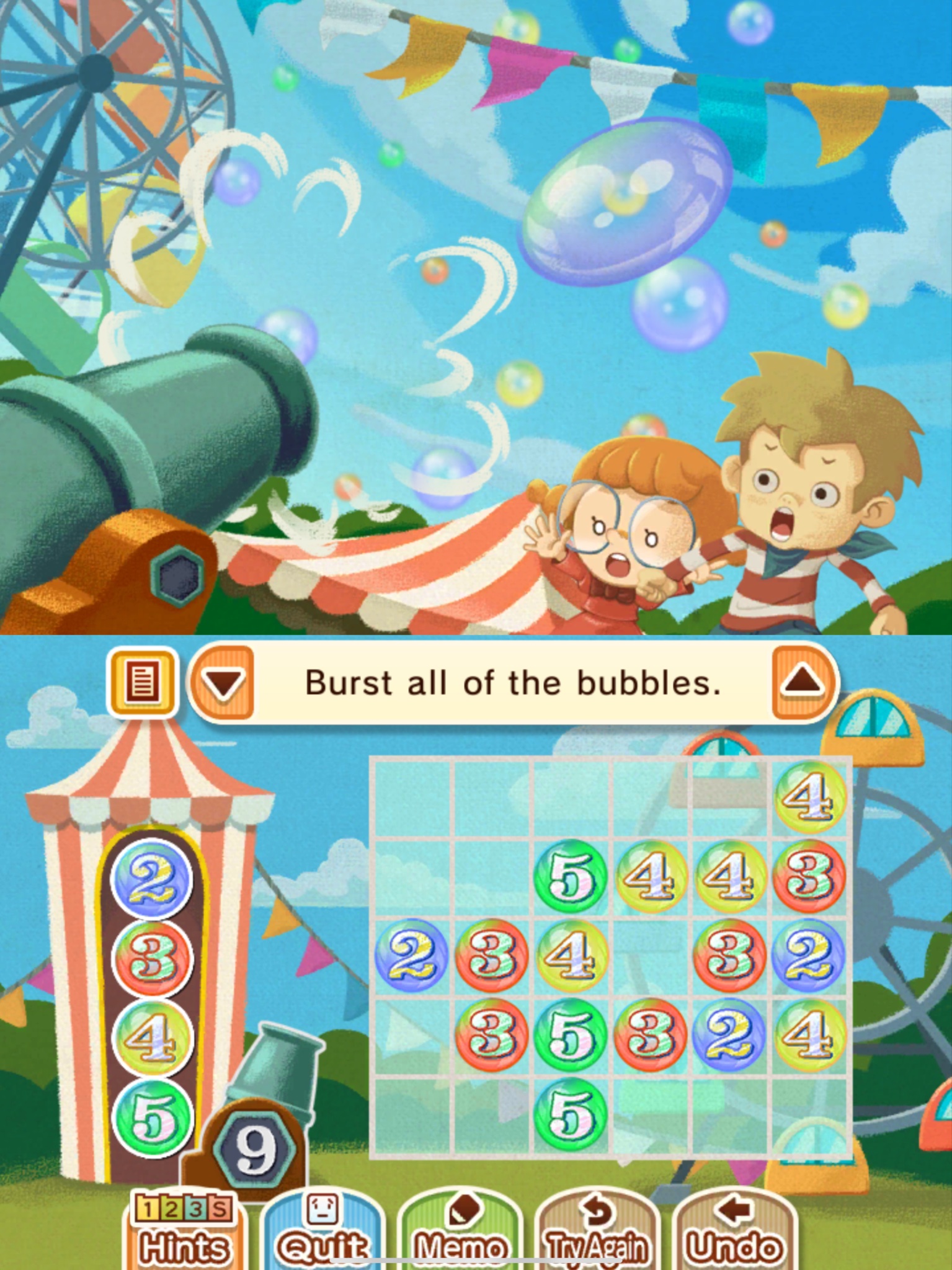 "Layton's Mystery Journey" is an existing game on the App Store that is now becoming available to Apple Arcade subscribers. Players will join Katrielle Layton in the heart of London as she becomes embroiled in a quizzical quest to search for her missing father, Professor Hershel Layton. Kat's bicycle-based journey will have players experiencing London's famous landmarks, from the Houses of Parliament to Tower Bridge.

Priced at $4.99 per month or $49.99 per year, Apple Arcade provides access to a catalog of around 200 games without ads or in-app purchases across the iPhone, iPad, Mac, and Apple TV, with additional titles added periodically.

I thought Apple claimed they were gonna raise the quality of Arcade games? Seems they started already ?
Last edited: Aug 3, 2021
Reactions: amartinez1660, Oblivious.Robot, decypher44 and 7 others

Honestly until they release some AAA titles I don’t see myself ever subscribing. Back when they released the iPad Pro redesign they were saying it’s as powerful as the Xbox one…. Well if it is prove it
Reactions: amartinez1660, Oblivious.Robot, decypher44 and 5 others

This is exactly the type of title that is going to make gamers sway away from their XBox and PS.
Reactions: decypher44, miq, mthomas184 and 5 others
S

I know that iOS is dominating the mobile game market and I already tried but it's disappointing as a gamer. No PC/Console games? No thanks. Apple really need to acquire their own games such as Halo from MS and GOW from Sony. Since mobile apps on Apple Silicon Mac is terrible as developers aren't interested to port them, it won't be good unless Apple do something about this. Honestly, mobile games' quality sucks.
Reactions: decypher44, Huck and LFC2020

How about using some of that 2 trillions dollars you have saved up to buy some decent gaming companies, while you're at it, buy Disney and Netflix as well, be nice to have more than 10 shows on Apple TV +
Reactions: miq, Huck, ohio.emt and 4 others
I

I know most people don’t seem to like Arcade but it‘s getting more and more content and many games are quite a lot of fun
Currently there are 9 in line to be released, including Asphalt 8 Airborne
Reactions: decypher44, miq, orbital~debris and 1 other person

This service sucks. I have the option to use it and I never go near it. Just takes up a tab on the App Store.
Reactions: amartinez1660, ikir, decypher44 and 4 others
H

Apple Arcade could use some more console level titles like Oceanhorn 2. When I had the trial I finished that game and quite liked it.
Reactions: amartinez1660, hamburg040 and sunny5

GeoStructural said:
This is exactly the type of title that is going to make gamers sway away from their XBox and PS.
Click to expand...

I don't think getting XBox and Playstation gamers to switch to Apple Arcade was ever their goal.

The mobile games market is dominated by more casual games, which makes sense for something you carry around in your pocket and often only use for 5 minutes at a time. I wouldn't expect to see them do something radically outside of the casual games space until perhaps Apple AR hardware becomes a real (and widely available) thing. Though there's always the chance of the rumored fire-breathing Apple TV emerging with a controller and some games. But I'm going to guess that's a path they've considered and not taken.

I'm on the bundle with ATV+, Music, and Arcade. I've never played with the Arcade. I'm sure if I had little kids or something it might be useful, but nothing interested me. Maybe if Myst gets on there...hmm...I should look and see.
Reactions: hamburg040, decypher44, Huck and 1 other person
W

How about using some of that 2 trillions dollars you have saved up to buy some decent gaming companies, while you're at it, buy Disney and Netflix as well, be nice to have more than 10 shows on Apple TV +
Click to expand...

Why? So they can further fragment the market with exclusive titles? Obviously, Apple has never been interested in AAA titles and all the baggage (overpriced, ultra-violent, non-inclusive, derivative, long commitments) that they bring with them. I would love to play a few cutting edge shooters myself on Apple Arcade but it's never going to happen. But Apple Arcade is the perfect service for families and parents that want to make sure their kids aren't playing garbage all day. It might sound niche but like casual/mobile gaming, it's a huge demographic and will become one of their biggest profit centers in services if Apple can stick with it and keep adding titles regularly.

Same goes for original TV and movie content on ATV+. They are making a name for themselves and buying any large brand would completely devalue the Apple brand. Apple is playing the long game in services. No pun intended.
Reactions: amartinez1660, hamburg040, ikir and 2 others

I've said it before and I'll say it again, anybody who is serious about gaming stays far away from Apple. They don't get, they never have nor will they ever get gaming.

There are some "consol level" games (some are even avaliable on PC/Windows and consoles) on Apple Arcade for sure. But I can understand that people would like to see more.

While this game might be simplistic it's still great – very fun in four player couch co-op. Would definitely be worthy a release on consoles in my opinion:

Lol I wish they’d just Ping this entire initiative. It’s so so bad and doesn’t deserve its own tab in the App Store
Reactions: decypher44, miq and Huck
W

This just makes me want to unsubscribe from Arcade. How many “burst the bubbles” or Match-3 games do they think people want?
Reactions: decypher44, miq and LFC2020

Naraxus said:
I've said it before and I'll say it again, anybody who is serious about gaming stays far away from Apple. They don't get, they never have nor will they ever get gaming.

That can change very quickly if they use that massive treasure chest of cash they’re sitting on.?‍♂️

Absolute Trainwreck said:
Lol I wish they’d just Ping this entire initiative. It’s so so bad and doesn’t deserve its own tab in the App Store
Click to expand...

How dramatic. There are some great titles, super fun co-op games and many genres. No ads, no in-app purchase, play on Mac, AppleTV, iPad and iPhone with cloud saves. Not bad for a low price.
Reactions: amartinez1660, Absolute Trainwreck, deryk and 1 other person
R

For me obviously some console level games would be great, however for me they need to invest in getting some more local multiplayer for Apple TV - for me Apple Arcade's value is with Apple TV it could easily replace the Wii / Switch if they included more local mutliplayer games - even Sonic racing doesn't have split screen racing when other platforms do.
Reactions: star-affinity and amartinez1660

I see many anti-arcade comments in here. Honestly, Apple Arcade is pretty great. The games are much more inventive and interesting than the direction the App Store was going in previously. F2P was ruining almost all games and AA is like a roadblock for that trend. Sure... it was sold as a true place for gamers and in reality the console won't ever be taken over by the iPhone. That being said the games are fun and inventive. They take risks that wouldn't fly in the "new" F2P app store world.
You must log in or register to reply here.
Share:
Facebook Twitter Reddit Email Share Link
Register on MacRumors! This sidebar will go away, and you'll see fewer ads.
Sign Up
Top Bottom