Long-time Apple supplier TSMC, which produces A-series chips for the iPhone, iPad, and Apple silicon chips for the Mac, will invest $100 billion over the next three years to significantly expand its production capacity to meet ever-increasing demand, Bloomberg reports. 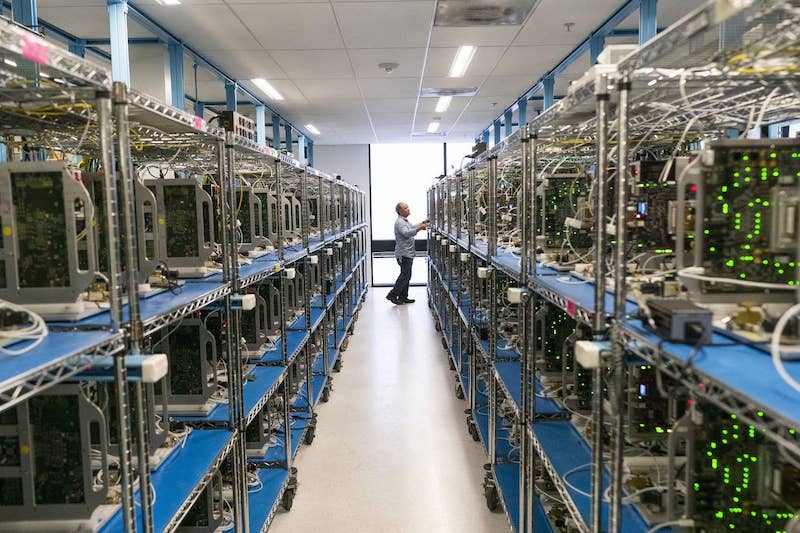 TSMC previously announced a planned expenditure of up to $28 billion in 2021 alone; however, an ongoing chip shortage is plaguing the global semiconductor industry, forcing the supplier to increase its planned investments. In a statement, TSMC says the new $100 billion investment will expand support for production and R&D of new semiconductor technologies.

TSMC expects to invest USD$100b over the next three years to increase capacity to support the manufacturing and R&D of advanced semiconductor technologies. TSMC is working closely with our customers to address their needs in a sustainable manner.
Click to expand...

In a letter to customers, such as Qualcomm, Nivida, and Apple, TSMC CEO C.C. Wei revealed that his company has been running at 100% capacity over the last year and that thousands of new employees have been hired in an effort to keep up with demand.

In a letter to customers obtained by Bloomberg News, TSMC Chief Executive Officer C.C. Wei wrote that the company's fabs have been "running at over 100% utilization over the past 12 months," but demand still outpaced supply. Thousands of new employees are being hired, and multiple new factories are under construction, he added, and TSMC will suspend wafer price reductions for a year from the start of 2022.
Click to expand...

The new investment comes the same week that Apple has reportedly booked all of TSMC's production capacity for 4nm process chips, expected to be used in "new generation" Mac computers.

The battle for the silicon chip has begun. Considering every digital platform & system is largely dependant and reflective of the Silicon it's running on, expect there to be big 'turf wars' over the systems and platforms we use as companies compete to have their chips used. And while Apple may not share the levels of quantity and proliferation that it's competitors enjoy in this industry, Apple's integration between the software and hardware is unparalleled, and I see Apple winning the long game when it matures and broadens the applications of it's operating systems.
Reactions: planteater, Nicky G, CJ Dorschel and 2 others
K

I know this make headline but in reality it is business as usual. TSMC were always going to spend $100B in the first place we they move forward with leading edge node. But this sort news of calm the market investor panic for stupidity reason such as capacity and competition from Intel.
Reactions: mdriftmeyer, macsareveryinteresting and GeoStructural

Thing is... only one company based in the Netherlands, ASML, is making the Extreme Ultraviolet Lithography machines that are required to fab these 5nm chips and they are totally booked up with orders. Unless they increase production as well, this is going to be a difficult road.
Reactions: Da_Hood, justperry, zubikov and 3 others

Intel’s board of directors, reached at their Honolulu resort, remained largely unmoved by the news.

“We like our strategy. We like it a lot” said Chip Ballmer, Head of Development for Intel’s new 12 nm process.
Reactions: planteater, Seanm87, iFan and 15 others

Intel has left the chat

Good Move TSMC, your investment will contribute very well considering how very advanced they are
Reactions: CJ Dorschel, macsareveryinteresting and satcomer
I

So, Next Apple Desktop CPU is on 4nm process, probably M2 or M1+. Comparable node from Intel would probably be 6 nm, but they are still struggling with 10nm and have just released a new desktop CPU on 14nm+++++ process.
Reactions: macsareveryinteresting
I

ksec said:
I know this make headline but in reality it is business as usual. TSMC were always going to spend $100B in the first place we they move forward with leading edge node. But this sort news of calm the market investor panic for stupidity reason such as capacity and competition from Intel.
Click to expand...

It's always like this, that a new guy with good credibility takes the helm and says all the right words for the investment managers, then they follow like sheep. Until Intel will announce the delay of their 7 nm node to 2025, when TSCM will be on 2 nm or better.
Reactions: macsareveryinteresting
B

What is the photo showing?
I

binaryduke said:
What is the photo showing?
Click to expand...

Outstanding announcement. TSMC is like watching an episode of "The Untouchables."
Reactions: macsareveryinteresting

Just don’t give anymore chips to miners. They’re all performing the same damn calculations in a stupid sudoku competition and eating up all our resources. Don’t give them even one more gram of silicon and black the miners at the architectural level not just some firmware or software patch that they can hack.
Reactions: Oblivious.Robot, munpip214, velocityg4 and 3 others
U

What happens to TSMC if China takes over Taiwan?
Reactions: tubular, Oblivious.Robot, zubikov and 4 others

My goodness that is a lot of money!
Reactions: macsareveryinteresting
S

Good to see TMSC doing their stuff. All that chip production in Taiwan right next to China who's expressed an ongoing interest in "reunification". As China's market and military power continues to increase, what could possibly go wrong with that picture?

Would really be good to have another foundry operating at that same technical level. Samsung is having trouble making nVidia's latest GFX chips at a size slightly larger than TMSC's iPhone 12 chips, which is partly why you can't get GFX series 3000 cards...

Intel has said they're going to be using TMSC to dual source their 7nm (5nm for TMSC) chips (using both Intel foundries and TMSC) when Intel rolls 7nm CPU's out in 2023 - so they're finally going for more than just their own foundries (2 years from now). Intel originally was supposed to hit 10nm in 2015 and 7nm in 2017 by their public roadmaps. They just rolled out their latest desktop chips at 14nm in the last month or so.
Last edited: Apr 1, 2021
B

This looks like a real development lab, not the staged one they show during the keynotes and want us to believe it's real...

I think it's more a when, than if.
Reactions: TomMcIn

Any direct military assault would be foolish. As bombs would be destroying factories and power plants. It would cause a shattering disruption of the supply chain for computing devices worldwide. Not just computers or phones but basically anything with a semiconductor. Which would take years to recover from. Just one factory going down for a few days causes months of global price spikes in memory, storage or whatever it was producing. Just think of scores of factories obliterated.

Production isn't solely confined to single factories. Products really take a chain of components produced globally. With Taiwan being such a major hub for tech production. Prices would skyrocket for pretty much anything tech related.

China itself would be able to continue production. But it would be far more limited. With many factories production ground down to a trickle. Because of a reduction of components and materials. Some may stay at full production but demand will be far greater than supply.

Given how devastating such a move would be economically world wide. Including for China. I just can't see it happening. The losses greatly outweigh the rewards. Taiwan does have a decent military after all. While they couldn't win. They'd fight well enough for massive collateral damage. Making such a conquest a Pyrrhic victory.

Hiring and investment. It is so crazy it just might work!

TSMC doesn't have a choice. They're going to be building essentially ALL of Apple's SoCs (System on a Chip) and they need to dramatically increase production capacity anyway.
Reactions: CJ Dorschel and macsareveryinteresting

InGen said:
The battle for the silicon chip has begun.
Click to expand...

If Intel wants to make Apple Silicon Chips with Apple, they need to make them good CPUs. Apple’s competition is with AMD Ryzen. Intel might join the battle and be on Apple’s side. 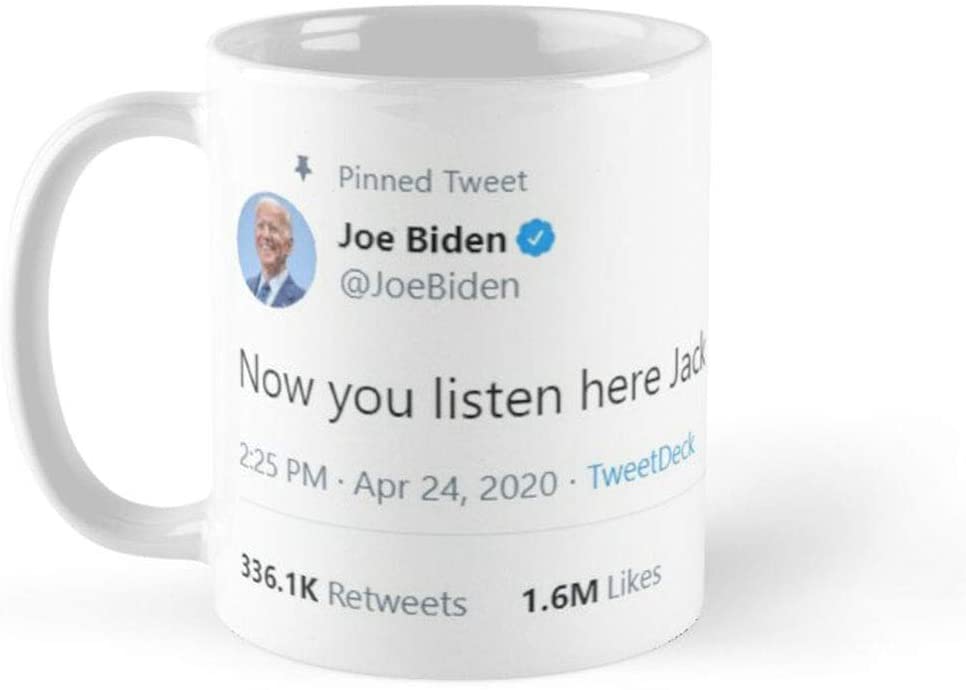